Di Resta, standing in for the absent Filipe Albuquerque at the wheel of the #22 United ORECA 07-Gibson, lapped the Portuguese track in 1m31.984s to go just 0.020s clear of nearest rival Robin Frijns in the #31 WRT ORECA.

That was an improvement of nearly 1.8s above Friday’s benchmark in opening practice, established by local hero Antonio Felix da Costa's #38 Jota ORECA.

With Alex Brundle taking third spot in the Inter Europol Competition ORECA, the best of the cars in the new top Hypercar class - Signatech Alpine's A480-Gibson - was relegated to fourth place, albeit just 0.090s off the pace.

Nicolas Lapierre set the best time at the wheel of the grandfathered LMP1 car that competed last year as the Rebellion R-13 of 1m32.074s, almost six tenths faster than the best of the two Toyota GR010 Hybrids.

That was the #8 machine of Sebastien Buemi, who posted a 1m32.669s with just a few seconds prior to the chequered flag to go seventh overall, behind the #28 Jota ORECA of Tom Blomqvist and the #21 DragonSpeed ORECA of fellow last-minute improver Ben Hanley.

Splitting the two Toyotas was the second of the Jota ORECAs, leaving the #7 car piloted by Mike Conway a lowly ninth overall.

Conway set the initial pace overall at the wheel right at the start of the one-and-a-half hour session, a 1m33.084s.

Despite this being nearly eight tenths better than the Japanese marque’s best times from Friday, it was eclipsed almost immediately by Brundle’s time of 1m32.051s, which stood as the benchmark until Di Resta set his best time 21 minutes into the session. 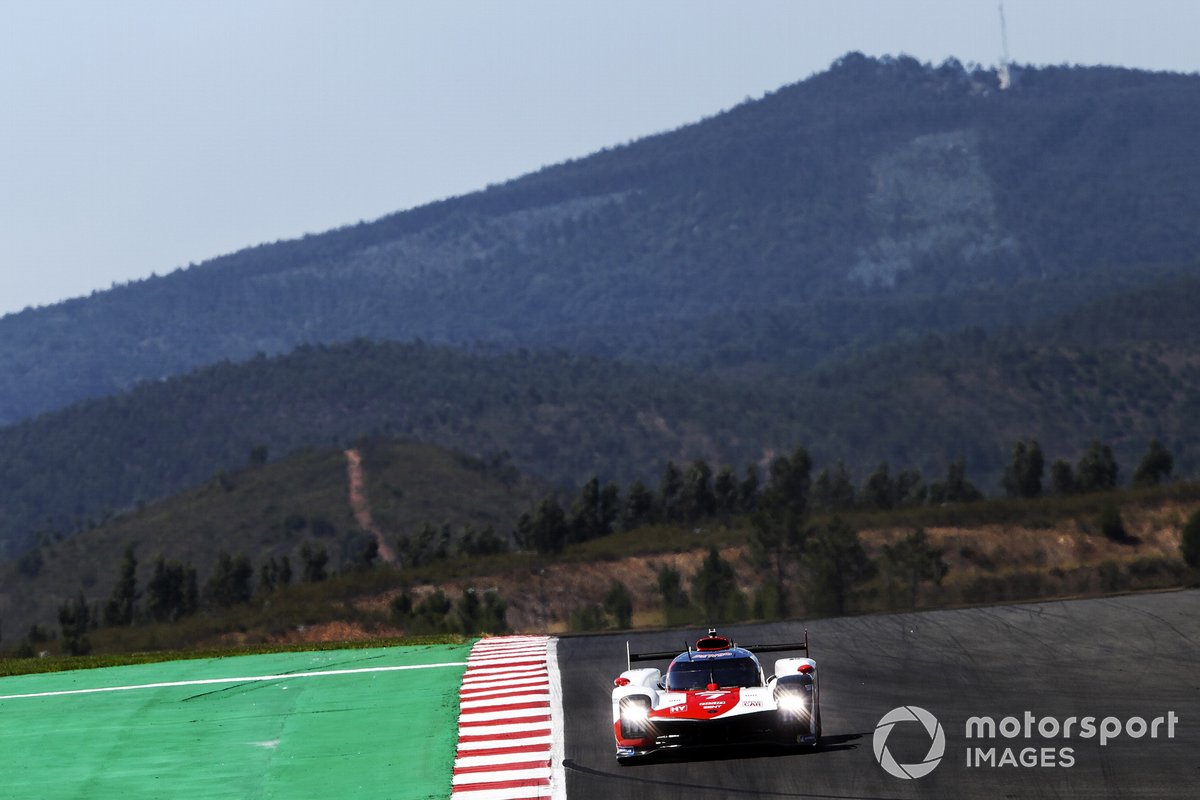 Wayne Boyd also got his first mileage at the wheel of the United car having been confirmed as the replacement for Fabio Scherer, who withdrew after testing positive for COVID-19.

The fourth and final car in the Hypercar class, the solo Glickenhaus 007 LMH, was 13th overall and around 1.9s off the outright pace in the hands of Romain Dumas, only beating the slowest two of the LMP2 cars.

However, the Pipo Motors-powered machine suffered problems not long after Dumas set his best time of 1m33.875s with a gear shifting issue, which caused the first of two full-course yellow periods at around the halfway mark of the session.

The second came in the final 10 minutes as the Glickenhaus suffered more problems just after Ryan Briscoe had headed out in the car after a long stint in the garage.

In GTE Pro, Daniel Serra put Ferrari on top with a 1m38.901s lap at the wheel of the #52 AF Corse-run 488 GTE Evo, a major improvement on the Friday benchmark in class.

Porsches were second and third, with Neel Jani putting the quicker of the works 911 RSR-19, the #92, ahead of the sister #91 car of Frederic Makowiecki, followed by the #51 Ferrari of James Calado in fourth.

GTE Am was topped by the #56 Porsche, the only Project 1 car in action this weekend following the withdrawal of the sister machine.

Fresh from winning last weekend’s Nurburgring 24 Hours, Matteo Cairoli set the benchmark time of 1m39.266s early on, which was less than two tenths clear of late improver Antonio Fuoco in the Cetilar Ferrari.