The German manufacturer is leaving the top-flight of sportscar racing after four seasons with the 919 Hybrid, one year before the end of its existing commitment through to the end of 2018.

It is following Mercedes into FE and will join at the same time for season six in 2019/20.

Porsche has announced its departure from the P1 class of the WEC and its blue-riband round at the Le Mans 24 Hours after firming up plans to launch the first of a range of electric road cars based on its Mission E concept before the end of the decade.

Michael Steiner, the Porsche board member in charge of motorsport as research and development boss, said: "Entering FE and achieving success in this category are the logical outcomes of our Mission E road car programme.

"The growing freedom for in-house technology developments makes FE attractive to us.

"For us, FE is the ultimate competitive environment for driving forward the development of high performance vehicles in areas such as environmental friendliness, efficiency and sustainability."

"If somebody told me when we started this project five years ago, that we'd be announcing a partnership with a brand like Porsche, I wouldn't have believed it," he said.

"To have a name like Porsche in Formula E, with all it represents in terms of racing and heritage - and in terms of sport cars - is an inflexion point in our quest to change the public perception about electric cars." 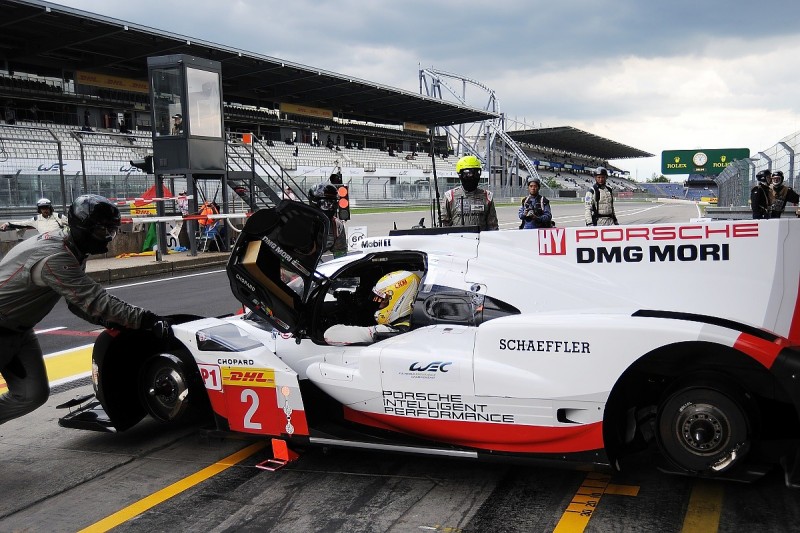 Porsche's decision to quit P1 less than a year after sister brand Audi's departure leaves Toyota as the only manufacturer potentially committed for 2018.

But Toyota Motorsport GmbH, which masterminds the manufacturer's WEC campaigns, has said that its commitment for next year was based on the Porsche's continuation in the series.

It stated against a backdrop of rumour that Porsche was gearing up to quit LMP1 earlier this month that it would likely have to review its participation.

It is understood that it could do so as early as next week.

Porsche's withdrawal comes in spite of the role it played in formulating new P1 regulations for the 2020 season when zero emissions running and plug-in hybrid charging will be introduced.

Its decision leaves the future of the P1 division unclear and the possibility that only privateer entries, such as the forthcoming Ginetta and BR Engineering chassis, might be the only cars on the grid.

Porsche will leave the pinnacle of sportscar racing after securing a hat-trick of Le Mans wins this season, which brought its victory tally in the French enduro to 19.

It will keep the successful in-house LMP1 team intact, including its roster of factory drivers.

"Alongside ventures in other racing series and the intensive preparation for FE, Porsche is examining other fields of application and development areas," the statement added.

Porsche has reaffirmed its commitment to GT racing and will continue to run its new rear-engined 911 RSR in the GTE Pro class of the WEC and in GT in the IMSA SportsCar Championship.