Neel Jani's time of 3m16.887s in the #18 Porsche he shares with Romain Dumas and Marc Lieb, set early in the first of three qualifying sessions held on Wednesday night, was good enough to hold on to top spot throughout today's pair of two-hour sessions.

It is the fastest pole lap set at Le Mans since the introduction of the chicanes on the Mulsanne Straight, and the sixth fastest in history in terms of laptime regardless of configuration.

It is also the first Porsche to take pole at Le Mans since Michele Alboreto in the Joest WSC 95 in 1997.

Timo Bernhard qualified the #17 Porsche second, again with his time set early in Wednesday's session, with the #19 car third fastest.

None of the Porsches improved in the final two-hour session, with Audi locking out positions four through six.

Filipe Albuquerque was the best-placed driver to improve a car's qualifying time in the final session, but his marginal gain was not good enough to improve the #9 Audi's position from sixth place.

That means the #8 Audi is the best placed of the trio, with the #7 car of 2014 winners Andre Lotterer, Benoit Treluyer and Marcel Fassler behind it in fifth.

Rebellion held on to ninth and 10th place, with fellow LMP1 privateer ByKolles 11th with its CLM, which jumped up the order in the second session earlier today in the hands of Pierre Kaffer.

This was despite a late attack from Nissan, with Harry Tincknell putting the #22 GT-R LM NISMO into 12th place with just over 10 minutes remaining, just three-tenths off the CLM and 20.108s off pole.

The #23 car of Jann Mardenborough was relegated to 13th as a result, with the #21 Nissan of Tsugio Matsuda in 15th place and behind the fastest LMP2 car. 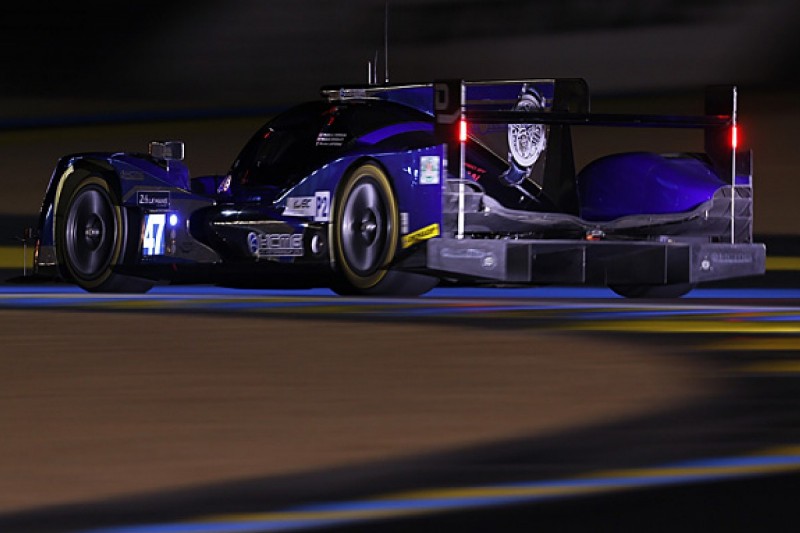 KCMG will start from pole in LMP2, thanks to Richard Bradley's 3m38.032s lap on Wednesday night.

The team had a quiet session, missing the opening 50 minutes while the suspension problem that ended its run in the first phase was repaired, but still finished on top.

Its closest challenger was LMP2's biggest mover, the #26 G-Drive (OAK) Ligier, which climbed to second thanks to a 3m38.939s lap from Sam Bird with an hour remaining.

Greaves Motorsport will line up third - its Gibson shed a sizeable piece of bodywork after the final restart - ahead of Jota Sport and Signatech Alpine.

While KCMG enjoys a buffer of nearly one second at the top, a similar margin covers that group.

After a troubled Thursday, Murphy Prototypes climbed from 14th overnight to eighth, with Nathanel Berthon behind the wheel. 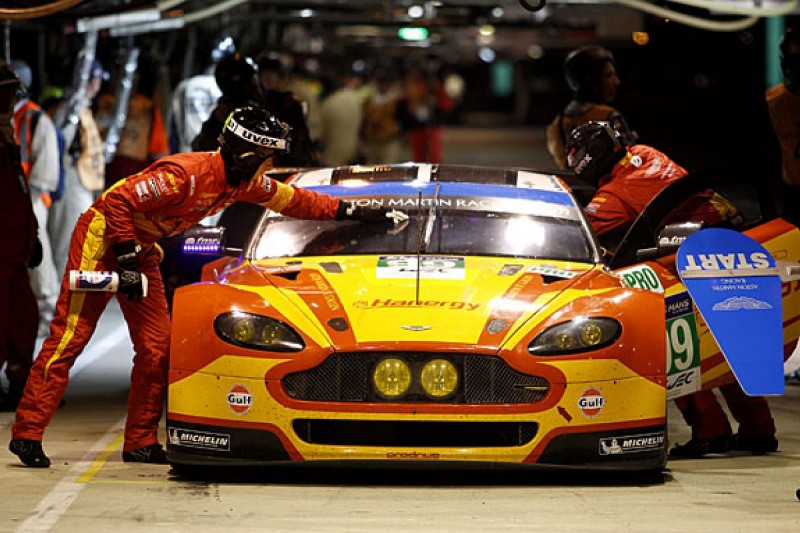 Aston Martin and Ferrari will occupy the top two spots on the GTE Pro grid after Gianmaria Bruni vaulted the #51 AF Corse 458 Italia up the order in the final session.

Bruni had put the Ferrari third on Wednesday night but both the team's Pro cars lost their laptimes due to track-limits offences.

The Italian made good progress through the third and final session though, winding up less than a tenth slower than the lead Aston.

Vantages completed the top four, with Pedro Lamy going third-quickest in the pacesetting GTE Am #98 car, ahead of the Stefan Mucke-led #97.

The second Ferrari recovered to fifth overall and fourth of the Pros in the hands of James Calado, ahead of the #95 Aston.

Antonio Garcia put the best of the Corvettes sixth in the Pro class, but team-mate Jan Magnussen shunted the #63 C7.R heavily at the Porsche Curves in the second qualifying session and the car did not appear for the rest of the evening.

The Dane was unhurt but the Chevrolet is believed to be substantially damaged.

Porsche's struggles continued, with the #91 and #92 Manthey-run 911 RSRs seventh and eighth in GTE Pro but split by two other GTE Am cars.

They were the #83 AF Corse Ferrari and that team's SMP-badged #72 458 Italia, second and third in class respectively but a long way off the #98 Aston's benchmark.