Peugeot driver Jean-Eric Vergne feels the French manufacturer has made “huge” progress on the reliability front despite persistent issues with the 9X8 in the World Endurance Championship.

Peugeot has yet to have a trouble-free race since it joined the WEC for the second half of the 2022 season in Monza, with a myriad of issues preventing it from finishing on the podium against Toyota and Alpine in the Hypercar class.

There was optimism that it would finally be able to turn around its fortunes in the season finale in Bahrain after an encouraging private test and a favourable change in Balance of Performance, but its hopes were dashed in the first three hours of the race when both the 9X8s stopped on track in quick succession due to unrelated issues.

The #93 car of Vergne, Paul di Resta and Mikkel Jensen eventually retired with a gearbox problem, while the sister #94 entry shared by Loic Duval, Gustavo Menezes and Nico Muller finished six laps down after requiring a fuel pump change in the garage.

Vergne, however, believes the reliability dramas Peugeot has faced so far is not unusual for a newcomer and expressed confidence that the squad will be able to get on top of its problems in 2023.

"I don't think there's a single team in the history of endurance racing that has come through having no reliability problems," Vergne told Autosport's French-language sister website.

"That's how it is: every time we do endurance tests, another part breaks. It breaks unfortunately, but once it breaks, we understand why it broke, we change it, and it will never break again.

"The problem is, how many parts does such a car have? There are a lot of things that can go wrong, between the electronics, the front engine, the battery, the combustion engine, the fuel pump.

“There's only one thing to do: drive, drive, drive! Get as many miles as possible, and then you get to a point where all the parts that need to break have broken and are fixed - are modified.

"You get to a really robust car that never breaks again. Only experience can solve these problems, there's nothing else.

“But when you see our first few runs, the number of times we had to stop compared to now, the progress is huge. When we arrive at Le Mans, we will have had a lot more running. The reliability problems will be solved, that's for sure." 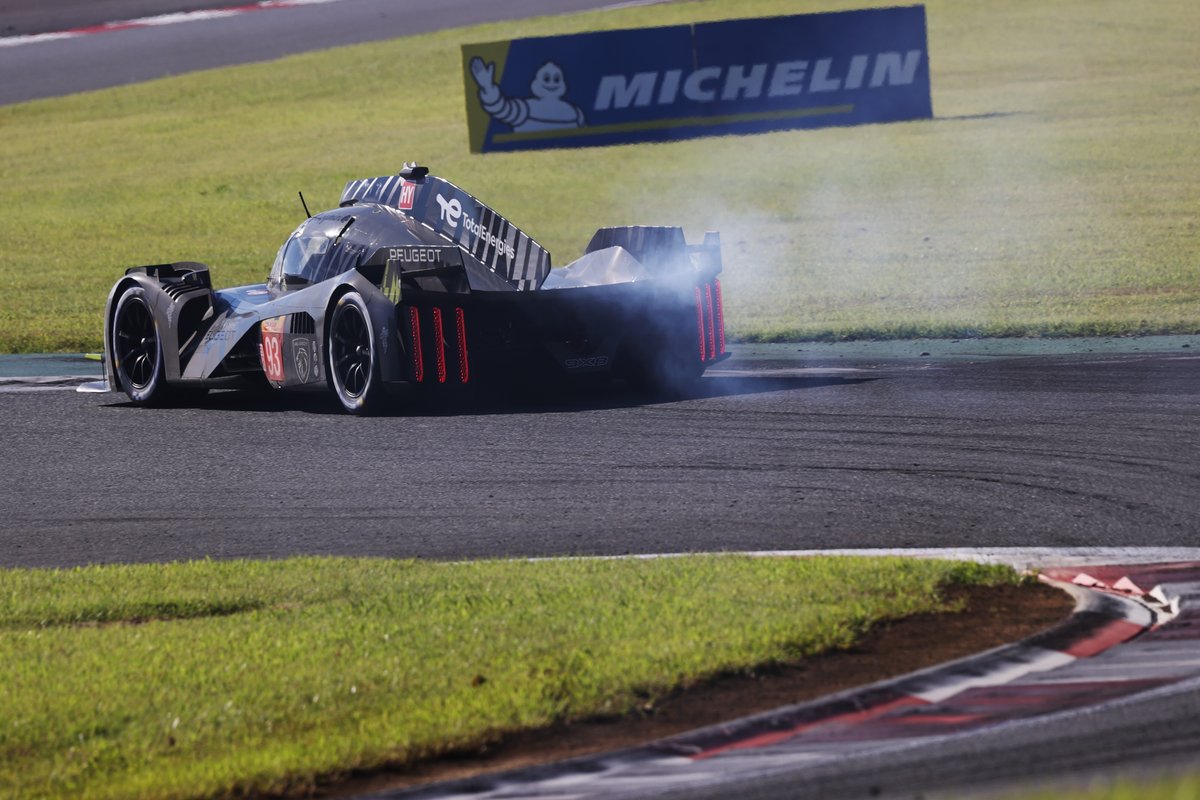 Although the Bahrain weekend was ultimately a disappointment with its sole-surviving #94 car finishing fourth and last in the Hypercar class, the 9X8 appeared to be quite competitive with di Resta qualifying the sister #93 machine on the front row and running in podium positions early in the race.

It prompted Peugeot’s technical director Olivier Jansonnie to state that the French manufacturer was “in the mix” with its Hypercar rivals, having only shown flashes of pace before in Monza and Fuji.

Vergne feels the speed Peugeot has demonstrated in its first three race outings, combined with the work it is putting in for its first full season in the WEC, means the French manufacturer should be able to put up a fight for victory at the Le Mans 24 Hours next year.

"I don't think Peugeot comes to a championship to not give itself the means to win at Le Mans," said the Frenchman. "I wouldn't have gone to this team either if I didn't think there was every chance of winning.

“I'm actually driving this week; we're doing endurance tests for three days during Christmas week. The motivation is really huge in this team, it's a great project.

"I think we have quite a few steps to go to be able to say we're going to fight for victory at Le Mans.

“All the improvements we have to make to the car will happen, we know that. By the time we get to Le Mans, I know we'll have put everything together to be able to fight for victory, that's a certainty."