The deal marks the next sage in the six-time Olympic gold medallist's relationship with Nissan, with which he has raced in the British GT Championship and European Le Mans Series in recent seasons.

"I grew up as an avid fan of motorsport and my love for Le Mans goes back to when I had a Scalextric set as a boy," said Hoy.

"It's the biggest race in the world, without question, and such a demanding event.

"This chance is hugely exciting and it represents the pinnacle of everything I've been working toward these past three years."

In addition to Le Mans, Hoy will join the Algarve team for the preceding ELMS races at Silverstone in April and Imola in May.

Munemann and Andrea Pizzitola will partner Hoy for those races.

"So far I've had three tests in LMP2 machinery, and one with the Algarve team and I've found the car actually quite easy to adapt to," said Hoy.

"I've found prototypes more predictable than the GT3 GT-R I raced, purely because they feel more direct and you're dealing with less weight transfer and roll.

"I did the Le Mans test day last year in the LMP3 Ginetta and that was fantastic. The circuit is just unbelievable.

"It's a pinch yourself moment going around the Dunlop Curve and corners like Indianapolis.

"At the time the LMP3 was quite under-powered so I drove with my eyes in the mirrors all the time to dodge LMP1, LMP2 and sometimes even GT cars.

"With the LMP2 you're more in the mix so I can drive with my eyes more forward and I'm determined to make the most of it.

"Just the thought of being on the grid with the best drivers and teams in the world makes me feel incredibly lucky." 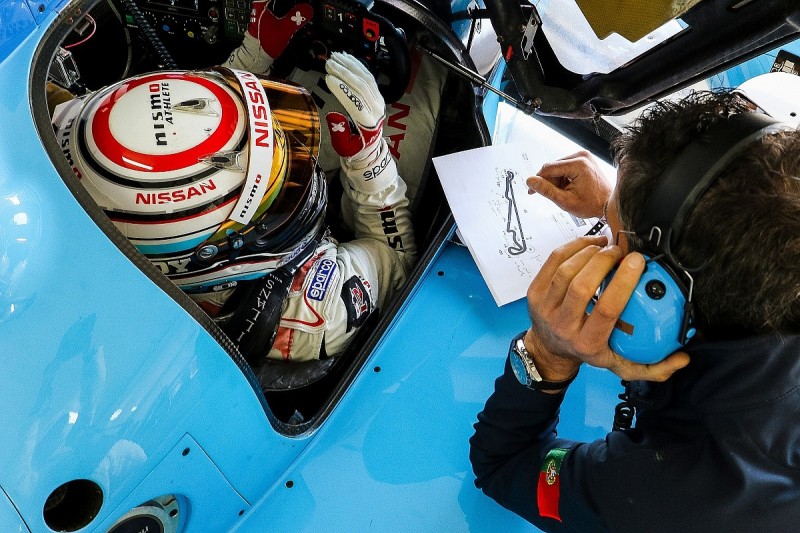