The 53-year-old American, a four-time class winner at Le Mans, will race a Chevrolet Corvette C7.R for Taiwanese entrant Team AAI in the 24 Hours on June 18-19.

He will share the GTE Am entry to be run by the Belgian ProSpeed squad with British historic racer Oliver Bryant and Canadian Le Mans regular Mark Patterson.

O'Connell, who now races for Chevrolet sister brand Cadillac in the Pirelli World Challenge, told Autosport: "I'm highly excited to be going back, and to be honest with you, I've tried every year since I last raced there in 2010 to get to Le Mans."

He explained that the Pratt & Miller organisation, which runs the factory Chevrolet and the Cadillac he races in the PWC, had provided the introduction.

"Pratt & Miller filled me in with what was going on, and then it was a matter of me letting the team know I was available," he said.

O'Connell, who was part of the Corvette Racing line-up in 2001-'10, stressed that he had no concerns about getting up to speed on the 8.47-mile Le Mans circuit after the long absence.

"If I hadn't been racing, I would be nervous, but the past five years have been highly productive for me," said the winner of last year's PWC.

The Corvette that O'Connell, Bryant and Patterson will be racing is the car that won GTE Pro at Le Mans last year with Corvette Racing drivers Oliver Gavin, Tommy Milner and Jordan Taylor.

This car, purchased by a Dutch collector, replaces the C6.R that Team AAI originally entered for Le Mans.

Team AAI primemover Jun San Chen has stood down from the line-up from Le Mans. 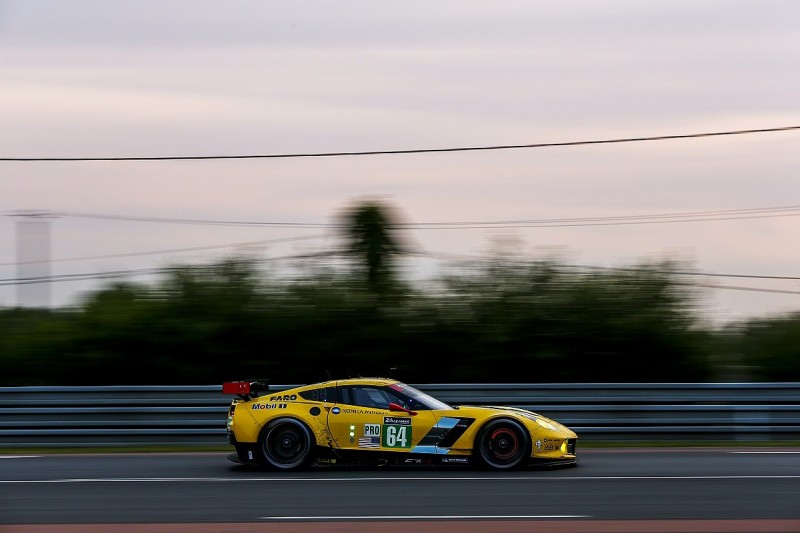