United drivers Filipe Albuquerque and Phil Hanson are switching to an ORECA-Gibson 07 LMP2 car after racing a Ligier JSP217 (pictured above) together in the ELMS since 2018.

The swap mirrors United's decision to go to the ORECA for its maiden full-season World Endurance Championship campaign in which Paul di Resta will drive alongside Albuquerque and Hanson.

The Panis-Barthez Competition squad has made the same move for its lead line-up of Will Stevens, Rene Binder and Julien Canal.

The second entries of each team remain with the Ligier-Gibson for the Silverstone event, which takes place on August 30 on the undercard of the 2019/20 World Endurance Championship opener.

United boss Richard Dean explained that the team had reversed its decision to stick with the Ligier in the ELMS following a successful first run with the ORECA at the official pre-season WEC test at Barcelona earlier this month.

"When you end up quickest with a new car on your first day of testing with it, everyone inevitably asks why you wouldn't you want to run an ORECA in the ELMS as well," he told Autosport.

"We thought we'd probably make the switch at some point for our ELMS programme and it made sense to do it at Silverstone when Filipe and Phil are racing an ORECA in the WEC.

"The driving styles are quite different between the two cars, so it would have made life difficult for them if they were jumping back and forth between two cars."

United's WEC entry is a brand new ORECA, but it has also purchased two cars formerly raced in the IMSA SportsCar Championship by the JDC-Miller Motorsports squad.

One of these chassis will be raced by Albuquerque and Hanson in the British ELMS.

Dean said it would not have been possible to ready both ex-JDC-Miller cars for Silverstone. 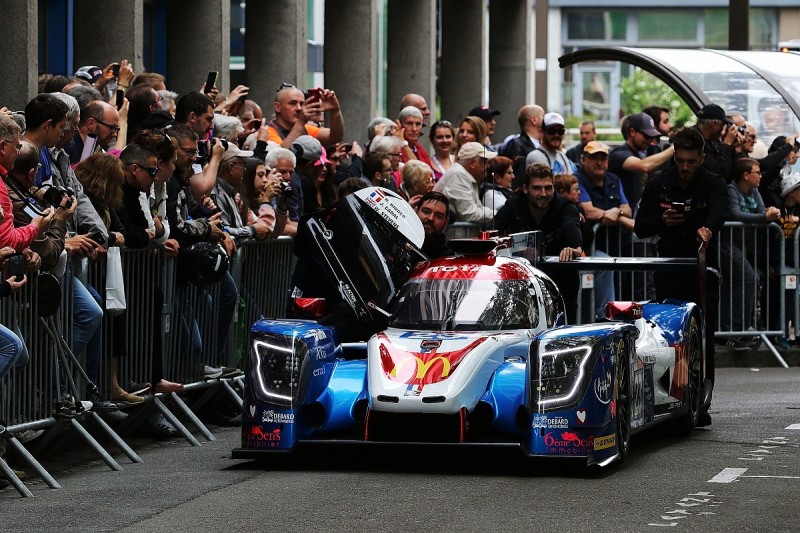 "When something can jeopardise the operation and development of a team, decisions must be taken," he said.

"Today it's impossible to beat the ORECA 07 on the track."

Panis stressed that the team, which is run by Tech1 Racing squad, is not ending its relationship with Ligier.

It will return to the Asian Le Mans Series this winter with one JSP217 and one old-generation Ligier-Judd JSP2 in the LMP2 Am class.

The second entries from United and Panis-Barthez are two of the four Ligiers left in the LMP2 class of the ELMS.

IDEC Sport and Inter Europol Competition are the other teams running the JSP217 in a field that now includes 13 ORECAs.

Albuquerque and Hanson are the best-placed Ligier drivers in seventh place in the ELMS points after three races.

They scored the last wins for the JSP217 at the final two rounds of the 2018 season.

Under the skin of Porsche's game-changer