American driver Menezes was one of the six race drivers named by Peugeot last week for its two-car Le Mans Hypercar attack, which is scheduled to begin at an unspecified point in 2022.

The 26-year-old has been part of the WEC since he joined the Signatech Alpine LMP2 squad for 2016 and won the class title. He stepped up to join Rebellion Racing in the LMP1 division for the 2018/19 superseason, winning three races thanks to a handicap system that rendered the usually dominant Toyotas ineffective.

He was also named as one of the drivers for the two-car Glickenhaus LMH project that will take on Toyota during the 2021 FIA WEC season.

Menezes said that the opportunity to join Peugeot in the lineup alongside Jean-Eric Vergne, Kevin Magnussen, Paul di Resta, Mikkel Jensen and Loic Duval came in the wake of his performance in the grid deciding 'hyperpole' session at Le Mans, which allowed Rebellion to split the all-conquering Toyotas and bag a spot on the front row.

"I am extremely blessed to be one of the six they chose [as race drivers] from the hundreds they initially considered," Menezes told Autosport.

"But I didn't get here because of nothing; hard work and good timing is what got me here.

"I feel there are certain moments in life that can change the path you are going on, for example qualifying at Le Mans last year. I was able to extract the best performance from myself and the car and I think that definitely helped catch people's eye.

"Then it all worked out at the right time. I laid it all on the table on the right day, when the opportunity was there. 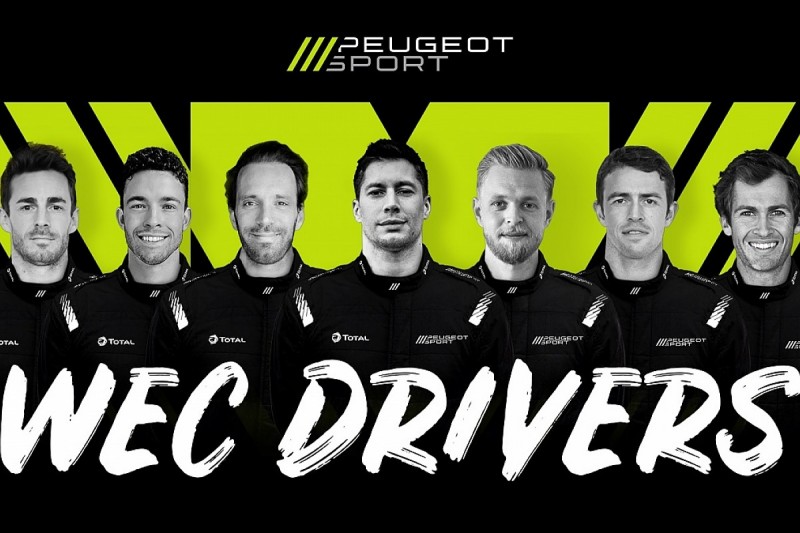 "I am honoured to be in the line-up because everyone of them deserves to be there, they are all talented drivers. I've raced against all of them and they are all strong. Now is the time for all of us to work together and show that Peugeot made the right choice."

Menezes praised Peugeot for valuing the human aspect as well as sheer performance when it came to sifting through the many candidates it had for its six race seats.

"There are dozens of drivers that perform at a high level, but I think Peugeot did a great job selecting the line-up," he said.

"Between the six of us, seven including [reserve driver James] Rossiter, who is a good friend of mine and an absolute animal in the sim, there's a very good chemistry.

"I had that the year we won the championship with Alpine [in LMP2], and Peugeot did a good job to remember that's a massive part of it."

Menezes was also keen to underline that his Peugeot deal won't in any way dim his commitment to this year's campaign with Glickenhaus.

"It doesn't take away from the fact that I will be giving it my all with Glickenhaus trying to win Le Mans," he said.

"It would be an absolute dream to win Le Mans with an American team.