Since the Audi news the Brazilian has been working on finding a drive for Le Mans, with Toyota's third LMP1 car or a Porsche GTE berth emerging as options.

Di Grassi told Autosport: "[It's] highly likely in either LMP1 or the GTE Pro class, which are the only two categories which interest me."

The third Toyota currently has just Stephane Sarrazin confirmed as one of the three drivers, although Autosport understands the Japanese manufacturer's protege Ryo Hirakawa is also set to race the car.

It is understood that dialogue between Toyota and Audi has taken place over the possibility of di Grassi's involvement.

"There are limitations on who Lucas could drive for," head of Audi Motorsport Dieter Gass told Autosport.

"Obviously it is much easier for us to release a driver for a private entry rather than a works entry.

"We also look at the level of competition, so for example we wouldn't want him driving for a rival brand.

"We have released drivers like Marcel [Fassler] and Mike [Rockenfeller] to Corvette for Daytona and they could do other races this season."

Gass added that the details of Di Grassi's Audi LMP1 contract, which was secure for the 2017 season, is currently being tidied up alongside his Abt/Audi Formula E deal. 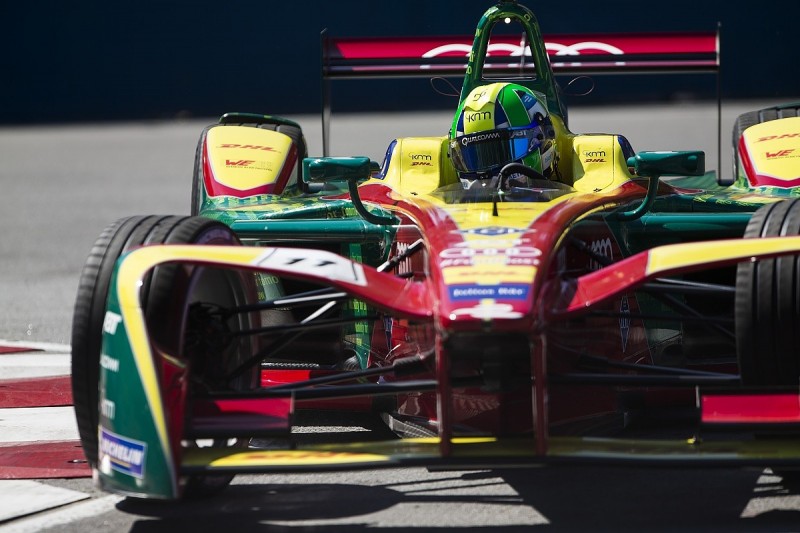 "Lucas's WEC contract has not been cancelled so he still has an Audi contract," he said.

"At the same time he has another contract with Abt for Formula E.

"So currently we are working on making one out of two but we haven't finalised yet the new contract for what could do apart from Formula E.

"We do have the agreement with him that he will continue as an Audi factory driver."

A return to Macau for di Grassi - who won the prestigious Formula 3 race in 2005 and last raced there in GT machinery in 2012 - could be on the cards later this year too.

"We are looking at the possibility of using him in our GT programme so this could happen," said Gass.

"We always remember that he is one of the guys who is really fast around Macau.

"This is not finalised yet but these are things we are looking at."