The Brazilian was originally contracted to contest the first three WEC rounds up to and including Le Mans in the #97 Aston Martin Vantage GTE in which he won the class in the 24 Hours earlier this month with Jonny Adam and Darren Turner.

The Prodrive-run Aston Martin Racing team has now decided that Serra will remain in the car for all the races for which he is available, starting with next month's Nurburgring round.

Prodrive motorsport boss John Gaw told Autosport: "Daniel looks like a real talent, so we want him to do as many of the remaining races as possible to learn the circuits.

"The ideal is to have just two drivers for the six-hour races, but we want to use Daniel because we expect him to be part of the programme in 2018 and beyond."

It appears likely that the 33-year-old will contest all the remaining rounds with the exception of the Bahrain finale, which clashes with a commitment with the Eurofama team in the Brazilian Stock Car Championship. 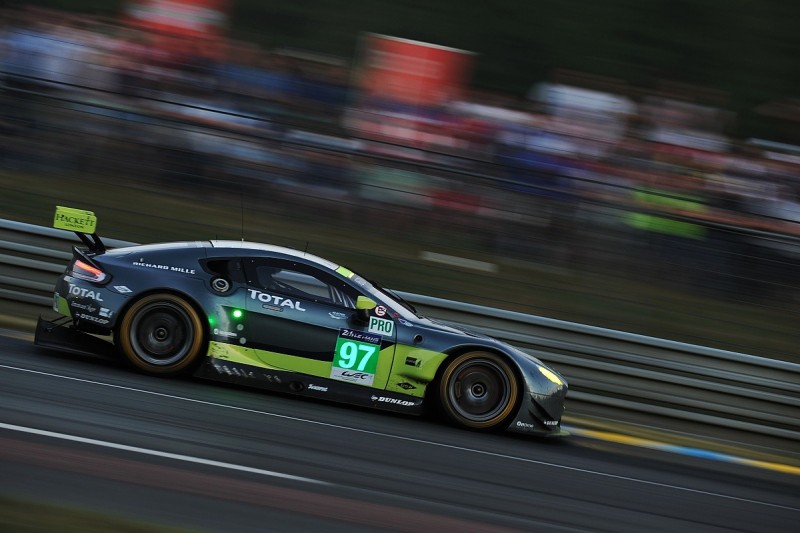 AMR regular Richie Stanaway, who raced the #95 car with Nicki Thiim and Marco Sorensen in the first three WEC rounds, isn't scheduled to return to the WEC line-up this year.

WHO IS DANIEL SERRA?

The son of ex-Formula 1 driver Chico, Daniel Serra has carved twin careers in Stock Cars in his homeland and as a test driver with Dunlop in Europe after his single-seater career stalled following a year in the Formula Renault Eurocup in 2005.

He has been in the top 10 of Brazil's most prestigious championship in all bar one of his 10 years in the series and lies second in the points going into this weekend's Curitiba event.

He was recommended to Dunlop by an engineer and subsequently played a major role in its development programme with Aston after the British manufacturer's swap from Michelin for last year.

Serra became part of the AMR race line-up for 2017 and got to race at Le Mans for a first time in June.

Why Le Mans chaos was actually good for LMP1