Kamui Kobayashi ended up fastest with a 3m18.132s aboard the #7 Toyota TS050 HYBRID, which was more than a second and a half up on Neel Jani's 2016 pole time for Porsche.

Kobayashi jumped to the top of the timesheets with a 3m18.319s shortly after the test resumed and then improved by two tenths later in the opening hour.

Those times put him ahead of the #8 Toyota in which Kazuki Nakajima had led the way during the morning of the test.

Sebastien Buemi improved on the car's morning best with a 3m20.091s just 15 minutes into the second of the two four-hour sessions and then bettered that with a 3m20.037s.

He then returned to the car to post its fastest lap of the day with a 3m19.290s.

The additional Toyota entered for Le Mans on June 17/18 ended up third on a 3m21.455s from event rookie Jose Maria Lopez.

The first of the Porsche 919 Hybrids was just four hundredths behind in fifth place at the end of the day.

Earl Bamber set the fastest Porsche time of the test with a 3m21.512s after the car returned to the track following an engine change that began at the end of the opening session.

Neel Jani was fifth fastest in the second Porsche on a 3m22.100s. 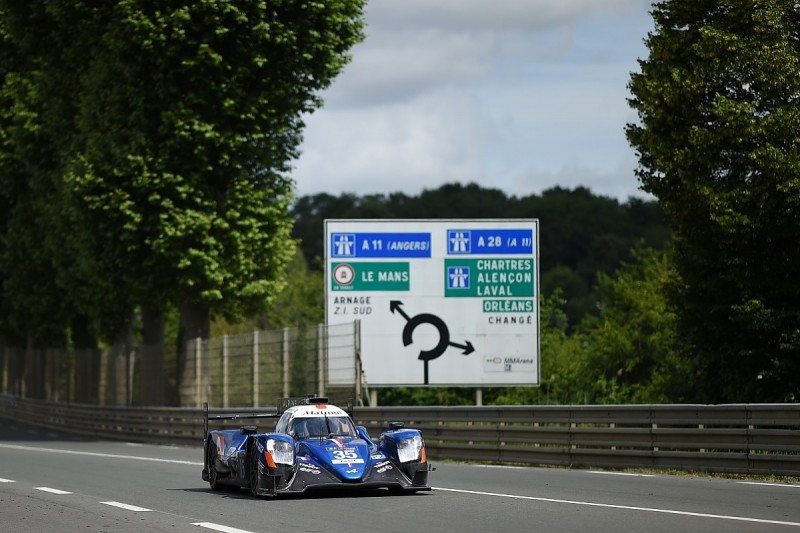 The #35 Signatech Alpine ORECA again went quickest in LMP2, this time with Nelson Panciatici turning the fastest lap of the session.

He posted a 3m28.146s aboard the Alpine-badged ORECA-Gibson 07 to end up seven tenths clear of the Jean-Eric Vergne in the best of the Manor team's entries.

Chevrolet moved back to the top spot in GTE Pro times with a 3m54.701s from Oliver Gavin late in the session after the car had undergone an engine change.

Aston Martin Racing took top spot in GTE Am with a 3m58.250s from Pedro Lamy.

The session was halted 12 minutes early due to a red flag for dropped oil.

Why go back to a 'fickle' and 'damaging' race?