The Le Mans 24 Hours is hoping to attract entries for the Garage 56 grid slot reserved for innovative machinery in the future, despite not awarding one for 2015

The 56-car entry for this year's blue-riband round of the World Endurance Championship is entirely made up of cars split between the four regular classes, but race organiser the Automobile Club de l'Ouest believes that Garage 56 has a future.

ACO sporting manager Vincent Beaumesnil said: "We are looking forward to receiving applications on the condition that they are very interesting projects.

"The idea is that the car in Garage 56 would showcase technologies that could be used in LMP1 in the future."

Beaumesnil revealed that there was a potential project to take the slot for this year's race, but stated that the ACO opted not to give it an entry because it was not sufficiently innovative.

The ACO is known to have previously offered an invite to British-based technology company Frazer Nash, a descendent of the former sportscar manufacturer of that name and builder of the Metrocab hybrid taxi, for 2015.

Frazer Nash planned to build a series hybrid driven by electric motors only: it would have had an internal combustion engine to power the battery, which would have fed motor-generator units in each wheel. 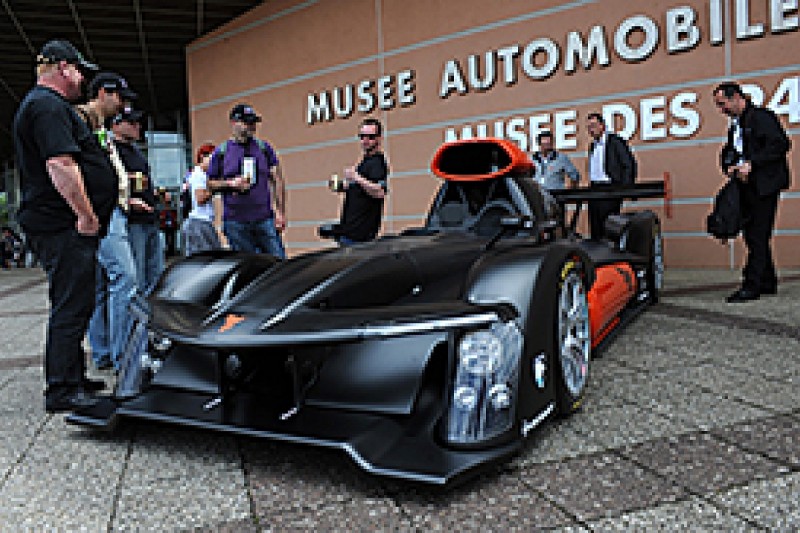 The project was the brainchild of ex-Formula 1 designer Sergio Rinland, who was engineering director of the Epsilon Euskudi organisation that built its own LMP1 car for 2008, and could have been a precursor to an outright bid for Le Mans honours.

It is believed to have faltered through a lack of finance, but Beaumesnil suggested that the project was not dead.

The only two Garage 56 cars to run at Le Mans so far have both been Nissan schemes.

The Japanese firm brought the lightweight DeltaWing in 2012 and last year the ZEOD RC, which had the target of completing laps of the 8.47-mile circuit at Le Mans on electric power only.

An entry for 2013 by the Swiss GreenGT group with the hydrogen-powered H2 prototype (pictured above) was withdrawn in the run-up to the race.