Lapierre clocked a time of 1m48.697s aboard the #36 Alpine A480-Gibson during the early hours of the day, beating newly-crowned champion Mike Conway in the #7 Toyota by 0.168s.

Bahrain 8 Hours winner Sebastien Buemi was the only driver in the top class to improve on his time in the three-hour afternoon session, ending up third fastest with a 1m49.017s flyer.

Buemi was joined in the #8 GR010 Hybrid by LMP2 title winner Charles Milesi, who was given the opportunity to complete over 30 laps with the Japanese manufacturers by the WEC organiser.

The French driver’s fastest time was a 1m49.636s, just three-quarters of a second slower than what Conway managed in the same morning session in the sister car.

Following a simulator run at Toyota’s Cologne facility last month, seven-time WRC champion Ogier finally got his first taste of WEC’s new breed of hypercar as he completed 94 laps in the #8 Toyota.

Ogier set a best time of 1m50.647s during the cooler conditions in the morning session before focusing on long runs, completing as many as 20 laps in a single stint.

The 37-year-old is aiming to switch to endurance racing in 2022 as he scales back from full-time WRC commitments, but is not in contention for a full-season Toyota drive, with the seat vacated by Kazuki Nakajima set to go to Super GT/Super Formula driver Ryo Hirakawa. 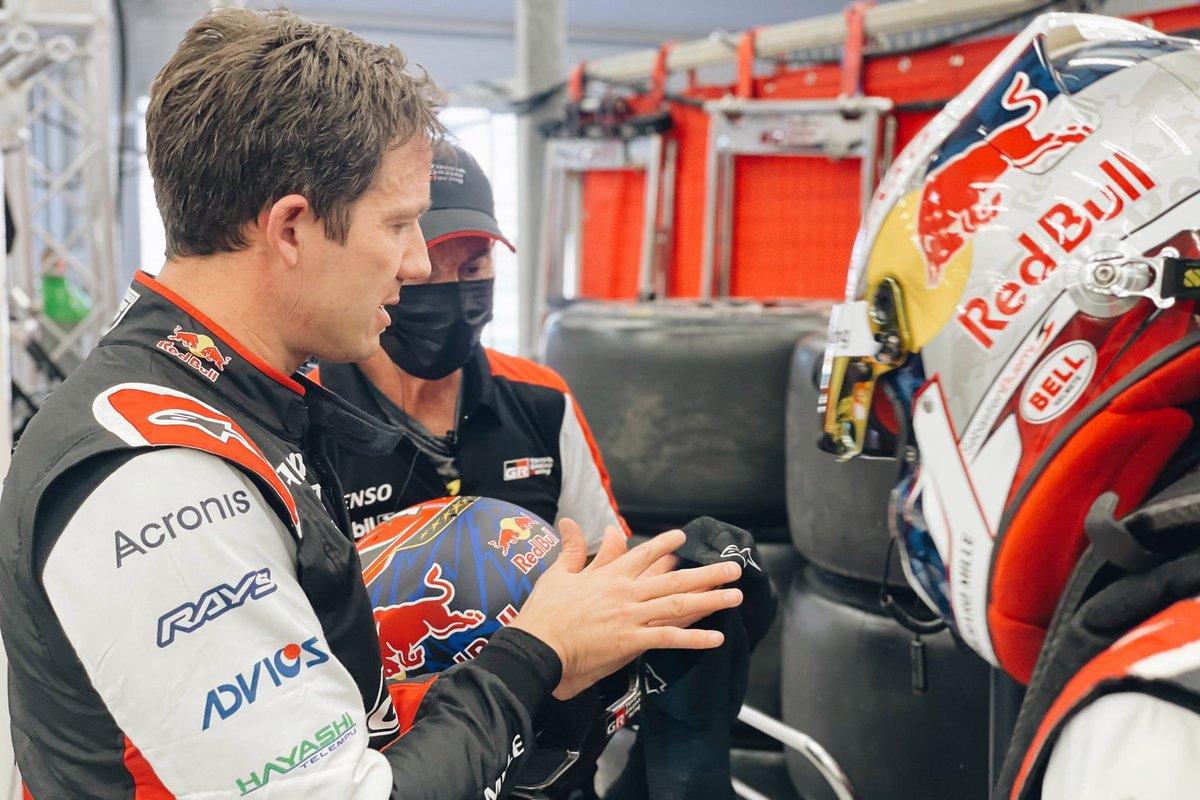 In LMP2, Sophia Floersch set the pace in the title-winning WRT ORECA 07-Gibson, setting a 1m51.221s in the morning before improving to a 1m50.870s in the afternoon session.

Jazeman Jaafar finished half a second off the pace in the #28 Jota ORECA, with Sebastian Montoya ending up third-fastest in the DragonSpeed ORECA that was piloted by his father Juan Pablo in Saturday’s eight-hour race.

The Richard Mille team gave several female drivers the opportunity to test its LMP2 car including two-time W Series champion Jamie Chadwick, who set a best time of 1m53.668s during her run in the #1 ORECA in the afternoon.

Alpine-affiliated Lilou Wadoux completed 25 laps in the car after taking over from Chadwick, posting a time of 1m55.131s during a short six-lap stint towards the end of the session.

In GTE Pro, Kevin Estre topped the timesheets for Porsche with a 1m57.583s, beating Alessandro Pier Guidi's Ferrari by 0.052s.

Gentleman drivers Simon Mann and Christoph Ulrich shared the #52 Ferrari in the afternoon session, with the former fractionally quicker of the two with a best time of 2m00.014s.

Aston Martin junior Andrew Watson led the way in GTE Am, topping his division with a time of 1m58.403s in the #33 TF Sport Vantage GTE.