Audi and Porsche have pulled out of the championship in subsequent seasons, while Toyota has been considering its future as the only LMP1 hybrid manufacturer.

LMP2 switched to a spec engine in 2017, while GTE has secured its fifth manufacturer with BMW joining Ferrari, Aston Martin, Ford and Porsche in 2018 - and Corvette joins the Pro ranks for Le Mans each year as well.

Bird says that GTE's manufacturer strength means it should be considered for outright Le Mans wins ahead of an LMP2 car, as it includes amateur drivers.

"LMP1 hasn't died, and I hope it doesn't, but it isn't looking particularly healthy," he told Autosport.

"LMP2 is a great category. I came from LMP2, I thoroughly enjoyed it and have nothing against it, but do we want the Le Mans winner being an LMP2 car that has a gentleman driver in it?

"Or do you want manufacturers from GTE in Aston Martin, Ferrari, Porsche, BMW going head-to-head to win it?

"As a fan, I think I would want to see a marque, brand or manufacturer going for the Le Mans win.

"When you look at the fans they come with a Ferrari flag, they don't come with a Ligier or an Oreca flag."

Bird says GTE's performance improvement had made it a legitimate headline category.

"It [GTE] is the most logical for a manufacturer to be a part of," he said. "They are cars that, young fans especially, can identify with and enjoy.

"OK you've got prototypes and they've got the wow factor as well.

"But it would be amazing if we got back to the days of a GT car winning Le Mans outright like the early and mid-90s.

"Big horsepower, really quick in a straightline and now we have the downforce to go with it." 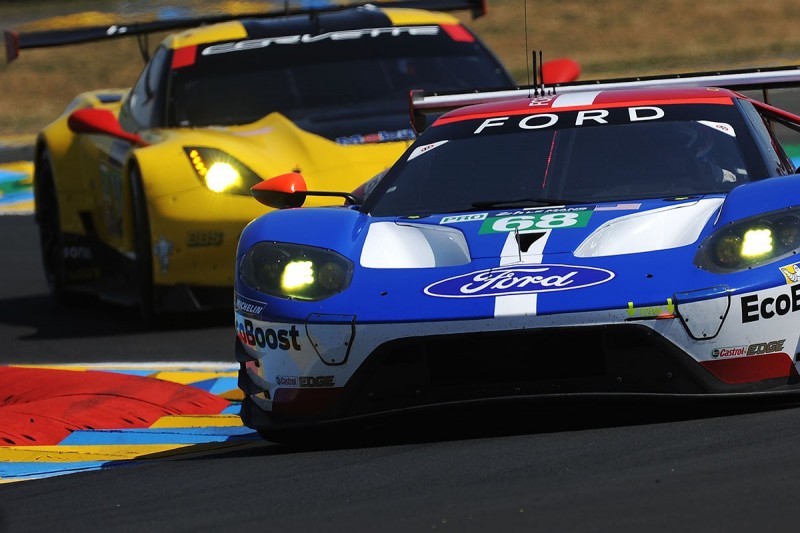 The WEC had been considering qualifying races as part of a desire to promote GTE, but the plans were shelved when the "superseason" calendar was announced.

"There are many ideas I've heard about what we can do to improve both the GTs and the global show of the WEC," Bird said.

"GT will always be there, always racing and that needs to be recognised by the top people.

"Marques like Ferrari and the other big ones will always have cars in endurance racing, they are not going anywhere and they need to appreciate that."

Corvette GTE driver Tommy Milner says a qualifying race would not be a solution.

"I'm not sure what a qualifying race adds to our class," he said.

"It's quite separate to what sportscar racing has always been about: multiple classes of cars racing in endurance.

"I don't think adding a qualifying race achieves anything for the class."