Team boss Roman Rusinov explained that the long-time WEC entrant is considering a number of options to expand its world championship programme with its ORECA-Gibson 07 after opting to focus primarily on the European Le Mans Series in 2018.

The Spa race was one of only two currently scheduled WEC appearances for the 2015 LMP2 class champion team, which is again running under the TDS Racing umbrella, alongside the Le Mans 24 Hours next month.

"Silverstone is a possibility, but we'd need to figure out how to do it [because there is an ELMS race on the same bill]."

Rusinov also expressed a desire to do the Sebring 1000 WEC race next March.

Participating in the Asian WEC races in Shanghai and Fuji races would be difficult for G-Drive because of its involvement in the ELMS, but it does have a second ORECA chassis that it could bring into play.

Rusinov, Jean-Eric Vergne and Andrea Pizzitola took class victory at Spa by 21 seconds, despite the final-hour safety car wiping out much of an advantage that had been over one minute.

Pizzitola is yet to be confirmed as driving alongside Rusinov and Vergne for Le Mans.

G-Drive opted against continuing in the WEC through the superseason because the oil company with which it shares its name, part of Russian Gazprom organisation, sets its budgets on an annual basis.

A second car is fielded in the G-Drive colours in the ELMS by the French Graff team, which will also run the car at Le Mans. 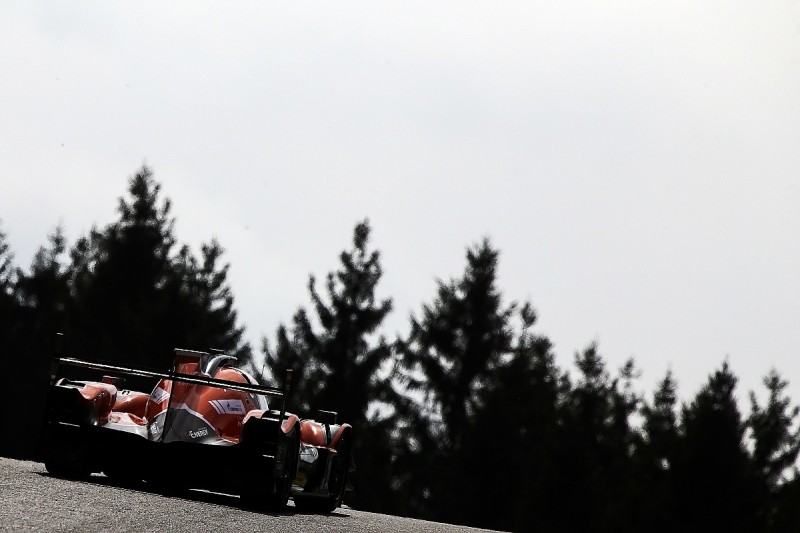