The drivers of the #8 Toyota TS040 HYBRID led all but a handful of the 236 laps on the way to a 25-second victory over team-mates Kazuki Nakajima, Stephane Sarrazin and Alex Wurz.

Buemi briefly lost the lead on a frenetic opening lap, but was back ahead by the time the cars crossed the start/finish line.

Davidson spent 12 laps in second position behind Mark Webber, who had stopped early in the #20 Porsche 919 Hybrid with a puncture, but after the Australian's second pitstop, the winning Toyota was only ever headed by the sister car during the pitstop sequence.

Buemi said: "To leave Fuji with a one-two is quite a victory.

"We knew we had a quick car, but we didn't expect to finish with such a big gap, so this is definitely a good sign for the rest of the season."

Webber and co-drivers Timo Bernhard and Brendon Hartley took Porsche's second podium of the 2014 WEC with third place, a lap down on the Toyotas.

They had to fight back from the puncture and then do double stint on the same tyres, which lost the car time.

The sister Porsche came was a further lap down in fourth in the hands of Marc Lieb, Neel Jani and Romain Dumas.

The two Audis ended up fifth and sixth on a day when the R18 e-tron quattro was not competitive against the opposition from Toyota or Porsche.

Lotterer had briefly led after a storming start from fifth on the grid, but had to back off at the end of the lap before going over the prescribed fuel allocation, which would have resulted in a penalty.

Buemi and Davidson now lead the championship on 122 points from their team-mate in the first four WEC races Nicolas Lapierre, who was rested by Toyota for this weekend.

Lapierre has 96 points, Lotterer, Treluyer and Fassler 93 and Duval, di Grassi and Kristensen 82. 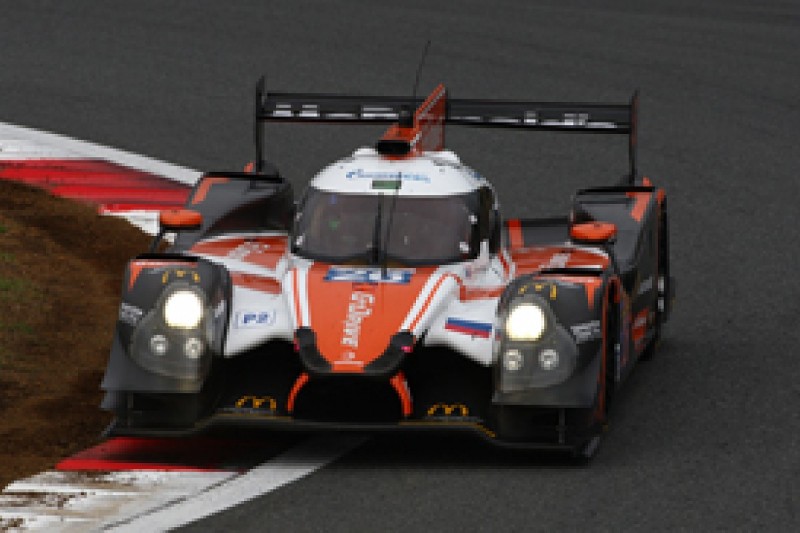 Pla had to fight his way past Alex Imperatori's KCMG ORECA-Nissan 03R in the opening hour and, after a late puncture, again in the final hour to secure the win.

Their Ferrari 458 Italia finished 2.9s up on team-mates Davide Rigon and James Calado.

The #96 Vantage GTE shared by Nicki Thiim, David Heinemeier Hansson and Kristian Poulsen came out on top in a battle with the sister car shared by Pedro Lamy, Paul Dalla Lana and Christoffer Nygaard.

World Endurance Championship set to use 'slow zones' again in 2014