Frijns has been an Audi customer racing driver in GT3 for the last three seasons, winning the Blancpain GT Series overall title in 2015 and the '17 Sprint crown with the Belgian WRT squad, and will continue in Blancpain as well as racing in the DTM.

He revealed he was close to agreeing a privateer LMP1 programme in the World Endurance Championship before Audi picked him to replace Ekstrom.

"It was very serious, with the superseason coming," Frijns told Autosport.

"I was in serious talks and looking at LMP1 seats, and suddenly everything changes when Audi calls.

Frijns lost his Andretti Autosport Formula E drive after the 2016/17 season as the American team strengthened its ties with Audi rival BMW, and ended 2017 unsure what his programme would be.

His DTM announcement came after contesting the Daytona 24 Hours in an LMP2 car and he followed it by winning the Bathurst 12 Hours the weekend after, again with the WRT Audi team.

He described the works Audi opportunity as "the status I always wanted".

"It came a little out of the blue," he admitted.

"Things have changed. I was quite frustrated and down after I lost my FE seat. Everything turned in a few weeks.

"Audi is a brand which has always been in motorsport and will never go away.

"To be in a position as an Audi factory driver gives you more security, which is difficult [to find] nowadays." 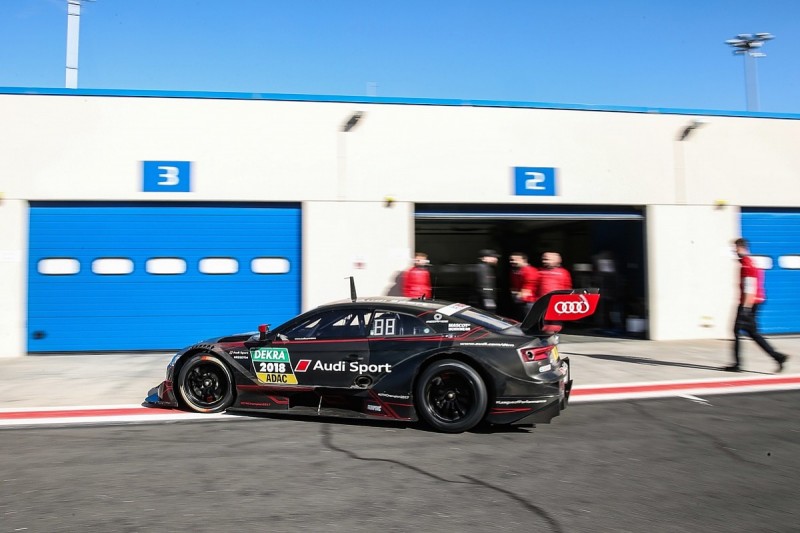 Frijns has previously outlined his desire to return to FE, where Audi has a works team, but said he had not yet thought about further factory opportunities.

He had not driven a DTM car since 2014 and, having completed what Audi described as "some initial laps" at Vallelunga, only has the chance to test his Audi RS5 at the pre-season Hockenheim test next month before the season starts at the same venue on May 5-6.

He said he does not "have any big pressure from Audi or anyone else" for his rookie campaign.

"Nobody really expects me to jump in and put it on pole and win the first race," he said.

"I just want to be competitive. I want to be up there fighting for points and hopefully podiums.

"Audi is not saying I have to win. That would be wrong.

"I'm just trying to enjoy myself - so far every time I enjoy myself things go well, so I'll see how it goes."