No drivers were announced when to mount twin assaults on the World Endurance Championship and the Tudor United Sportscar Championship with the GTE-class GT under the Ganassi banner, but team boss Chip Ganassi has revealed 36-year-old Hand would most likely be part of the programme.

"You will probably see Joey in this programme; I think that is safe to say," Ganassi told AUTOSPORT.

It is unclear whether Hand, who left BMW to join Ganassi at the start of this season, would focus on the WEC in which the Ford will run in GTE Pro or the USC where it will compete under identical regulations in the GT Le Mans class.

Ganassi said other team regulars could be part of the dual programme too.

"I don't know if that will be on a permanent basis; we will drop them in from time to time," he explained.

Ford is known to have approached a number of name GTE drivers currently competing in the WEC and is thought to have signed or be close to signing more than one.

Ganassi stalwart Scott Pruett, who has won five Grand-Am titles with the team, said he hoped to be part of the race team.

The 55-year-old had undertaken the initial testing in the first Ford GT racer together with Scott Maxwell, who has close links with the Multimatic organisation that has developed the car.

Testing with the development car, which has been built to the 2016 GTE rulebook, will continue in North America through the summer, according to programme manager George Howard-Chappell.

The test schedule will then incorporate venues in Europe and beyond from the autumn ahead of the race debut of the Ford at next year's Daytona 24 Hours, the opening round of the USC.

Howard-Chappell will also head up the WEC team, which will be a joint venture between Ganassi and Multimatic operated out of premises in the UK. 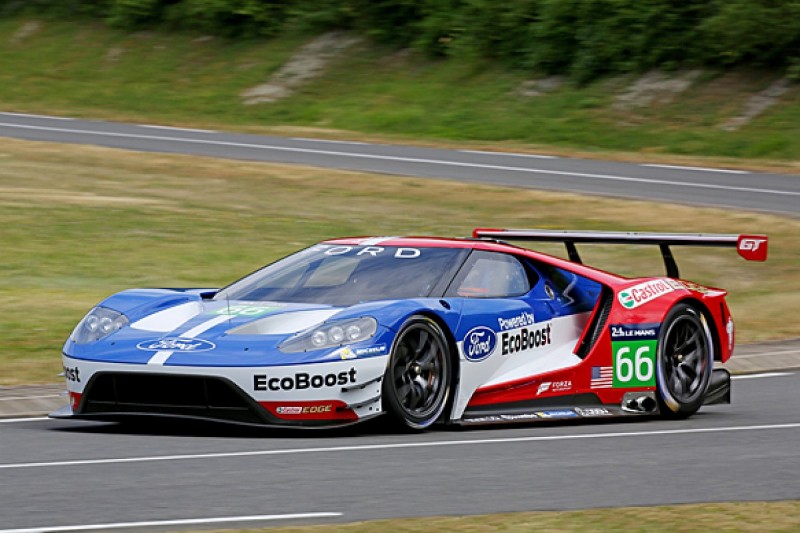