Corvette Racing has hinted at an increased involvement in the World Endurance Championship after confirming its participation in the new opening round of the 2021 series at Spa in May.

Chevrolet will field a solo GTE Pro class Corvette C8.R at Spa on 1 May for Oliver Gavin and Antonio Garcia as part of its preparations for a return to the Le Mans 24 Hours this year, having previously entered the same duo for the Algarve round now set back from April to June.

At the same time as announcing the Spa campaign, Chevrolet stated that "future racing opportunities [are] under consideration for the Corvette C8.R" after the mid-engined car is legislated out of the IMSA SportsCar Championship for next year.

"The current GTE regulations allow for the Corvette C8.R to continue competing against other manufacturers in the WEC," read its official announcement.

"In addition to its 2021 European races, Chevrolet and Corvette Racing looks forward to continuing in future years at Le Mans and in select WEC rounds."

The statement from Chevrolet comes at a time when the future of the GTE class is unclear after the withdrawal of Aston Martin from the pro ranks for 2021.

WEC promoter the Automobile Club de l'Ouest made a commitment to GTE until at least the end of the 2022 season last summer, prior to the withdrawal of the Aston factory squad from the WEC. 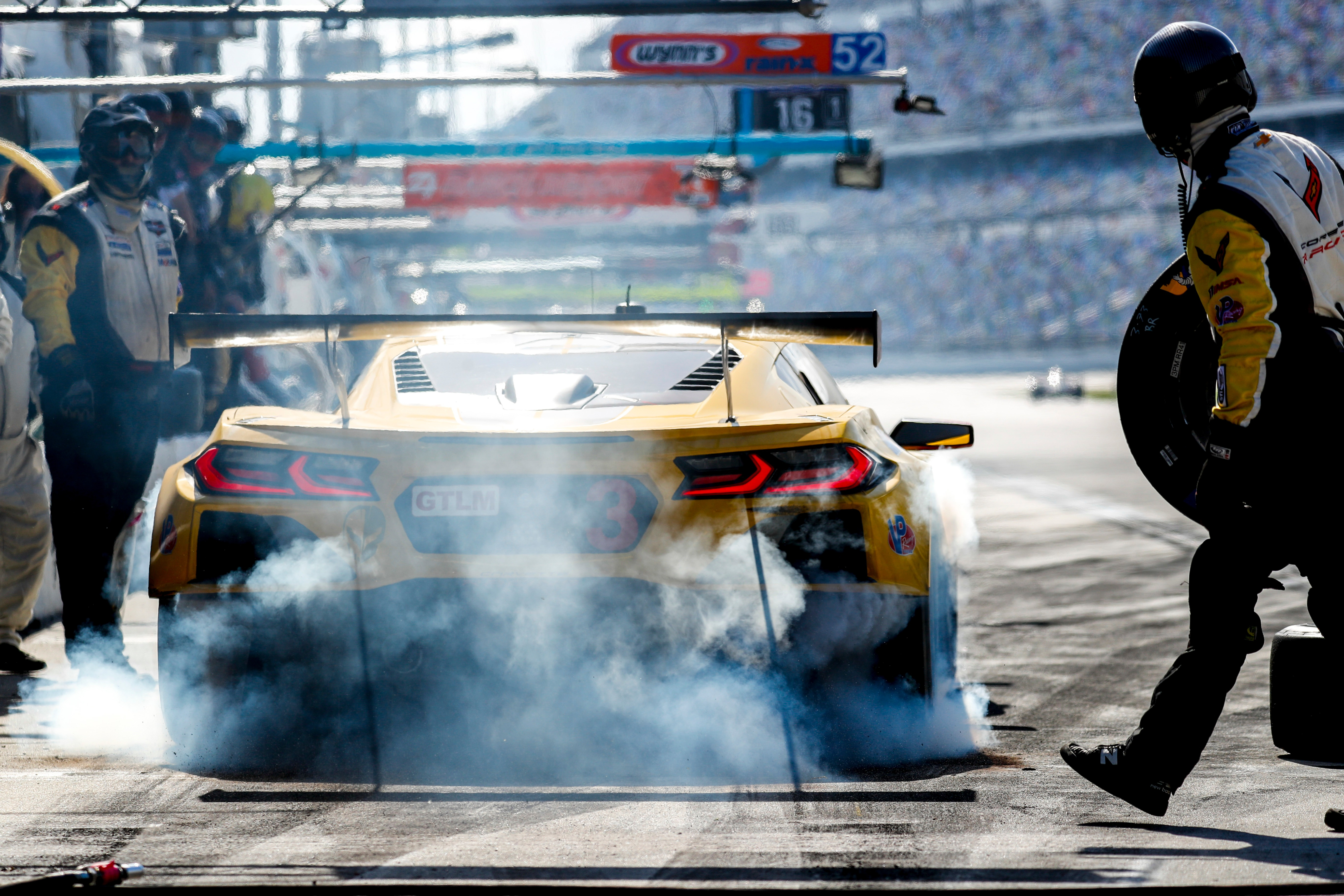 The American manufacturer also revealed that a move into GTD Pro is under consideration.

"Chevrolet also continues to explore expansion into GT3 with the Corvette platform," its statement continued

"For 2022, Chevrolet and Corvette Racing continue to monitor developments in the new GTD Pro category of the IMSA SportsCar Championship.

"While work on technical and sporting regulations continues, Chevrolet and Corvette Racing leadership remains engaged with the sanctioning body."

Corvette Racing did no issue a statement about its participation in the Algarve round originally set for 4 April, but it has given an explanation for its decision to take part at Spa.

"Competing at Spa will provide the Corvette Racing team a bit of a refresher on specific rules and strategy methods that are unique to FIA WEC races," read its statement.

"Pitstop operations and safety car procedures are among the biggest differences in IMSA and WEC competitions."

Spa will be the fourth WEC round in which Corvette has participated save for its annual appearance in at Le Mans, which will resume after a year's hiatus in this year's rescheduled race in August.

It contested the Shanghai and Sebring rounds of the 2018/19 superseaon with a Corvette C7.R and also the Austin round on the 2019/20 schedule last February with the new C8.R.

Gavin is returning to the cockpit of a Corvette after standing down from the Pratt & Miller-run team's full-time line-up last year.

It remains unclear if Corvette Racing will take part in the Algarve round, which is now scheduled for 13 June.

The team said its commitment is for Spa only at the moment.