Gianmaria Bruni is set to have to sit out the entire World Endurance Championship season in 2017, after officially terminating his Ferrari contract in order to move to rival GT squad Porsche

The Italian driver has been part of Ferrari's works AF Corse operation since its inception in 2012, winning the GTE Pro class drivers' title in both '13 and '14.

But Bruni has been working to find a way out of his long-term agreement with Ferrari in order to join Porsche, which returns to GTE Pro this year with a pair of mid-engined factory 911 RSRs.

After weeks of wrangling, Bruni and Ferrari have now gone their separate ways, with official confirmation expected on Sunday evening - along with a statement from Porsche to indicate the Italian's arrival.

Autosport understands Ferrari has imposed a term of 'gardening leave' on Bruni that prevents the 35-year-old from racing for Porsche in WEC for the entire season.

Bruni will however be free to test and develop the 911 RSR, as well as compete for the Stuttgart marque in series other than the WEC - with the US-based IMSA SportsCar Championship among his possible 2017 destinations. 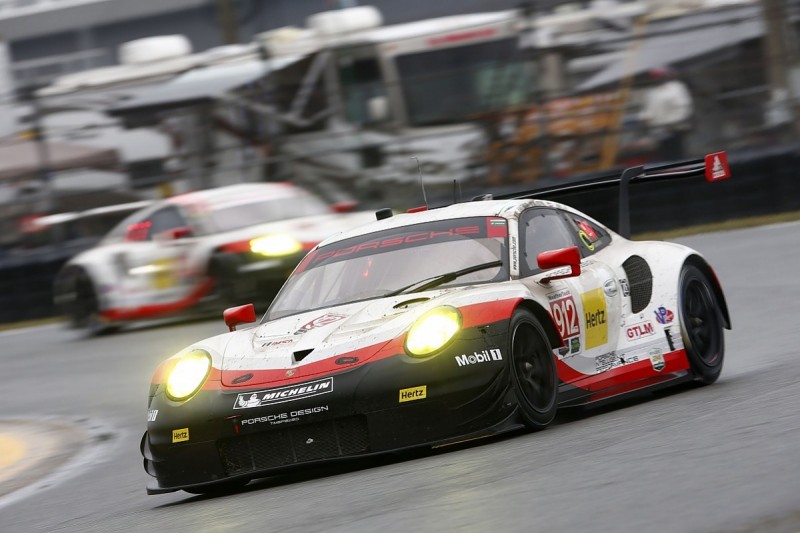 With Bruni on the sidelines, it is expected either Romain Dumas or Sven Muller will join the already-announced trio of Richard Lietz, Michael Christensen and Frederic Makowiecki as Porsche's fourth works driver in the WEC's GTE Pro division.

Bruni's Ferrari replacement is still uncertain as the manufacturer held a shootout at Vallelunga with four drivers earlier this month to try to decide who should partner James Calado in its #51 Ferrari 488 GTE.

It is understood a decision on who will partner Calado is still yet to be taken, and that it is possible a driver who was not part of the shootout may yet be handed the seat.