The revived marque, which launched last May, intends to compete with the million-pound BT62 on an invitational basis in selected events that allow cars that are not homologated in a particular class.

Company managing director David Brabham explained that it was important to begin racing as soon as possible as the marque sets out on what he is calling the "road to Le Mans".

Brabham is aiming to join the WEC in 2021/22 with a GTE Pro contender based on a new road-going sportscar derived from the BT62.

"The BT62 does meet all FIA safety requirements as a racing car, so although there isn't a particular class or championship for it, it is raceable," Brabham told Autosport.

"We are starting out on the road to Le Mans and we need to get out there an go racing, rather than waiting for three years — we need to develop ourselves as a team.

"We would need permission from whatever series we end up doing races in, so there is quite a lot of work to be done.

"We won't be doing a full championship, but we intend to pick and choose some events, and every indication is that we will be out there this year to get the ball rolling." 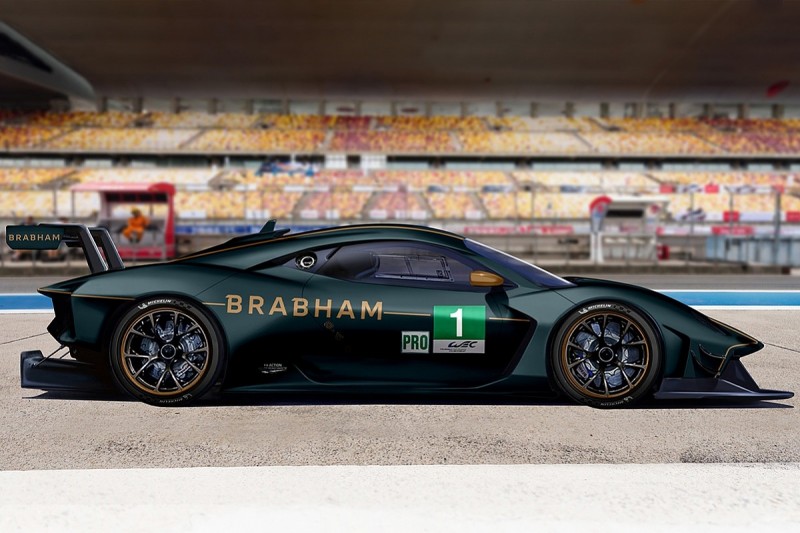 Brabham would not be drawn on which events the BT62 might compete in this year, but a race such as the Gulf 12 Hours on the Yas Marina circuit in Abu Dhabi allows non-homologated machinery.

The new Aston Martin Vantage GT3 and the McLaren 720S GT3 both competed in the 2018 event last last month ahead of their homologation for the 2019 racing season.

Other opportunities might be presented by the Creventic 24H Endurance Series, which includes the Dubai and Barcelona twice-around-the-clock enduros.

Australian-based Brabham Automotive intends to establish a base in the UK from which to run its race team.

The Brabham Digital initiative for fans, drivers and engineers is continuing as Brabham Automotive presses ahead with its racing plans.

Brabham said that the knowledge-sharing, e-learning platform would "really kick in once we start going in competition".