The Japanese manufacturer described the gap to Porsche "as the biggest of the season" after the fastest lap from a Toyota TS050 HYBRID fell nine tenths short of the 1m44.741s aggregate best time set by the pole-winning Porsche 919 Hybrid.

Toyota Motorsport technical director Pascal Vasselon described the team's performance as "really bad", though he stressed that the gap to the Porsches had been exacerbated by a number of factors.

"We are chasing four of five tenths, which is the biggest gap we have had in qualifying this year," Vasselon told Autosport.

"We are not happy, but there is no clear explanation at the moment.

"It is difficult to have a clear view of what the problem is, but we are not giving up - we will review all the performance factors."

Toyota had expected to be closer to Porsche after an encouraging run in the final free practice on Friday morning. 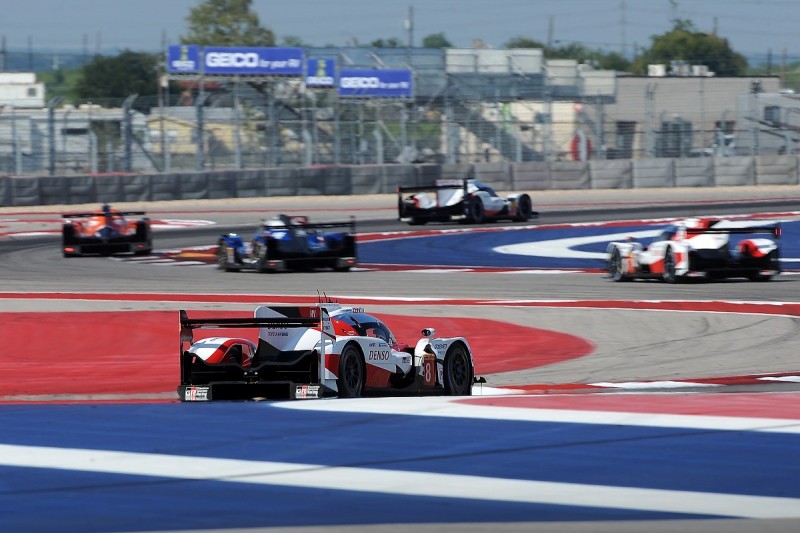 Kamui Kobayashi set the fastest time of free practice on a qualifying simulation in the #7 Toyota, but only found a further two tenths during the official session whereas the Porsches gained more than a second.

The two Toyotas then ended up 1.6s and 2.3s behind pole winners on aggregate.

Sebastien Buemi made a mistake on his first lap and had to go again in the #8 car after his tyres were past their best and he ended up half a second behind Kobayashi.

Toyota opted not to put its second drivers onto fresh rubber because it was not going to challenge Porsche.

That further increased the gap between the two manufacturers.

Kazuki Nakajima moved the #8 car ahead of #7 after Mike Conway encountered traffic on his run.