Andre Lotterer, Benoit Treluyer and Marcel Fassler took the honours in the #2 Audi R18 e-tron quattro ahead of team-mates Loic Duval, Tom Kristensen and Lucas di Grassi at the end of a six-hour race that was stopped for 50 minutes courtesy of heavy rain.

Audi benefited from problems encountered by faster rival Toyota when the rain came during the second hour, and then managed to overcome a challenge from Porsche in the middle of the race to secure the victory.

"It was a real team effort today," said Lotterer.

"We didn't have the fastest car, but everyone involved made the right decisions."

The #2 car ultimately prevailed over the #1 car courtesy of a tyre call when Treluyer and Kristensen climbed aboard their respective mounts on a drying track in the third hour.

Treluyer was given Michelin's ungrooved intermediate 'hybrid' tyre, while Kristensen continued on the wet.

Neel Jani used the hybrid tyre on the #14 Porsche 919 Hybrid from the restart and was able to lead the race on two occasions on the same set of rubber. 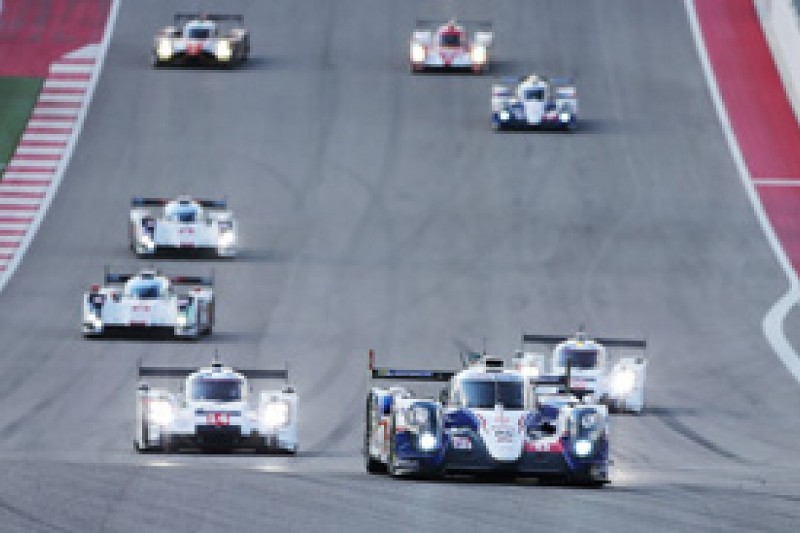 The Porsche, which was started by Romain Dumas, looked like it would be in with a shout for victory given that the #1 car would need to make a late stop for a splash of fuel, but Fassler was able to eke out enough of an advantage even before Marc Lieb suffered a loss of power in the closing stages.

Toyota salvaged third place from round four of the WEC thanks to a stirring fightback from Sebastien Buemi at the wheel of the #8 TS040 HYBRID.

Buemi dominated the opening stages of the race and handed over to Lapierre with a lead of nearly 30 seconds despite a quick spin during his stint.

The Frenchman was caught out by the heavy rain shower and beached the Toyota in the gravel at Turn 12 before the red flag came out, with the loss of a lap.

Lapierre, who also used the hybrid tyre, began a comeback that was continued by Anthony Davidson before Buemi returned to the cockpit of the car.

He overhauled the ailing Porsche and came within 10s of catching the #1 Audi for second.

The trio lost time with the race stoppage when all the cars that were in the pits when the red flags came out were held at the end of the pitlane for a lap.

Matsuda was able to overhaul the SMP ORECA shared by Nicolas Minassian, Maurizio Mediani and Sergey Zlobin in the closing stages despite a time-consuming spin.

Stefan Mucke and Darren Turner were made to work hard for victory in GTE Pro aboard their Aston Martin Vantage GTE.

Mucke led from the start and built up a lead of six seconds ahead of Gianmaria Bruni's AF Corse Ferrari, before a quicker first pitstop by the Italian team got Toni Vilander out in front of Turner. 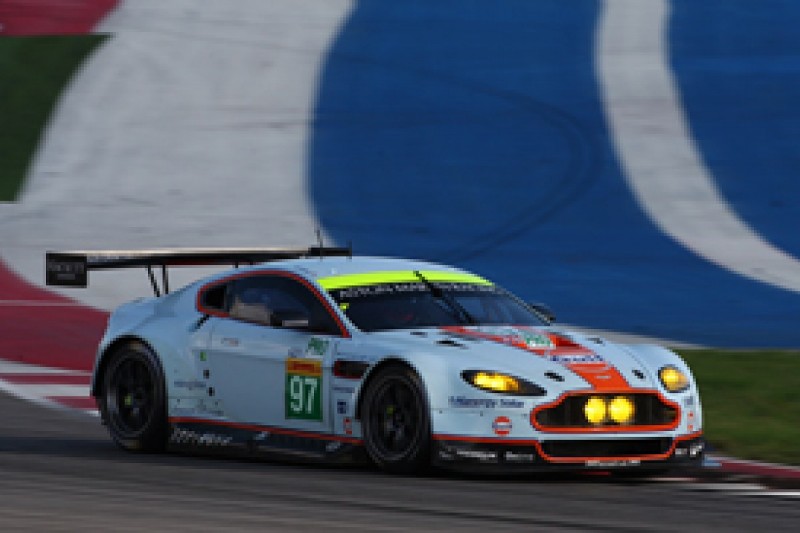 Turner fought back to take the lead, but lost out in the wet conditions after the restart to the two factory Manthey Porsches.

The Aston was able to reassert its advantage when the track finally dried, Turner taking over at the front and pushing on to claim a nine-second victory from Patrick Pilet and Frederic Makowiecki.

They came back after being held in the pitlane, Lamy overhauling the Proton Competition Porsche 911 RSR with Christian Ried at the wheel and then holding off a late challenge from team-mate Richie Stanaway.