Toyota's LMP1 team has applauded the new Hyperpole qualifying format for the Le Mans 24 Hours, saying the reduced amount of traffic provides a "much better" opportunity.

Kobayashi clocked a lap of 3m15.267s, but could have gone even quicker on his next lap but exceeded the track limits at Tertre Rouge, forcing him to abandon the lap and miss a chance to smash his own 2017 track record at the Circuit de la Sarthe.

The favourable track conditions were thought to be a major contributor to the fast lap times displayed this week, but the race's all-new Hyperpole format also played its part.

As part of the condensed race week schedule for 2020, the fastest six cars in each of the four classes in Thursday's first qualifying session went through to a 30-minute shootout on Friday to establish the front of the grid.

With just five entries in LMP1, that meant only 23 cars took part in the Hyperpole, giving the fastest drivers on the grid much less traffic to deal with.

"It was never completely clear but still there was a better opportunity to get less traffic, so I think you have more chances of doing a good lap time," explained polesitter Kobayashi, who was disappointed to miss out on a new track record.

"I think [Hyperpole] was a good idea, because at Le Mans normally there are so many [cars] that you almost never get a clear lap."

Two-time winner Kazuki Nakajima, who was third-fastest in the #7 Toyota behind Kobayashi and Menezes, argued that the higher driving standards in the Hyperpole session compounded the effect of a reduced car count.

"Everybody was good at getting away from the [racing] line, I was quite happy with that.

"Also everybody basically understands that when you get a flash you see that [the driver behind] is on a flying lap. It's much better than normal qualifying in terms of traffic."

Teams were also given two brand-new sets of tyres to run exclusively during the 30-minute session, which meant they could chase the ultimate lap time without having to worry about compromising any of their race stints.

"The Hyperpole format allowed us to have two runs with two sets of tyres, which we didn't do very often in the past", Toyota's technical director Pascal Vasselon explained.

"It allows the driver to finetune every single corner, this makes a big difference. For sure the track grip and the Hyperpole format have contributed to the fact that it could have been possible to beat the record.

"It's definitely an interesting format because it makes the usual traffic less frustrating. It's much more satisfying to have a format with few cars, and nearly only professional drivers." 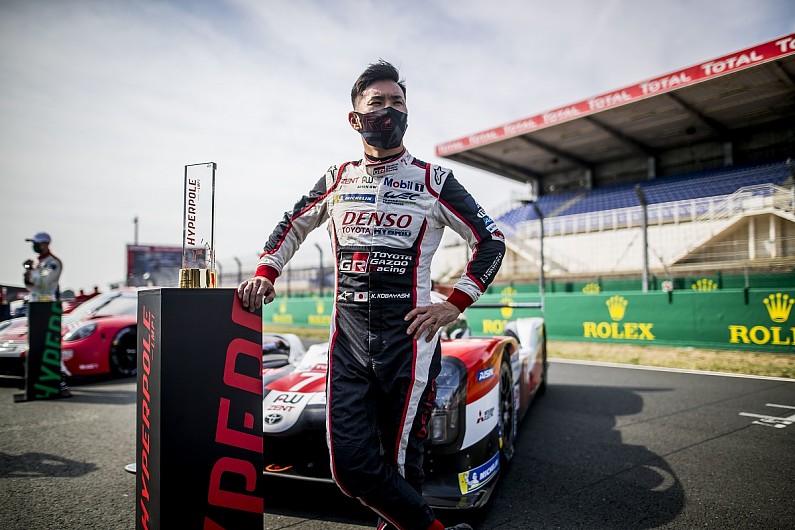