The World Endurance Championship is still working towards a resumption of the 2019/20 season at Spa in August despite an extension of controls on public life in Belgium.

A spokesperson for the WEC said that it is continuing to plan for the rescheduled race on August 15, even though the ban on large social gatherings will remain in place in Belgian until August 31.

A spokesperson said: "We are still planning to hold our race in August.

"We will know more in a couple of months and release more details then."

Asked if a race behind closed doors without spectators is a possibility, she said: "There are so many unknowns at the moment - all options are available.

"It is too early to speculate on what might change."

The statement from the Circuit de Spa-Francorchamps issued after the government's latest directive to combat the coronavirus pandemic on Wednesday made reference to neither the WEC race nor the Belgian Grand Prix scheduled for August 30.

It said only that "the circuit remans attentive to the next communication from the National Security Council".

Formula 1 has yet to comment on the future of its Belgian fixture in the wake of the latest move. 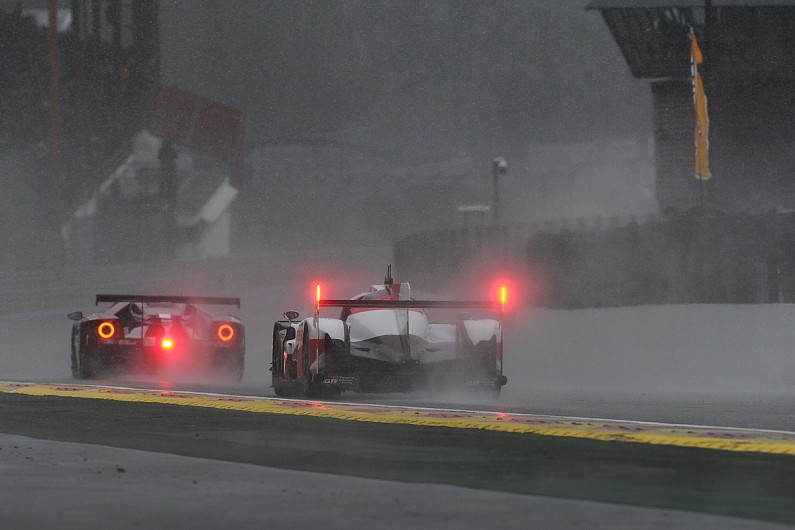 The Spa 24 Hours round of the GT World Challenge Europe set for August 26/27 was postponed within hours of the government's announcement.

A new date for an event that has not missed a year since its revival in 1964 has yet to be announced.

WEC promoter the Automobile Club de l'Ouest revealed the revised schedule for its 2019/20 campaign at the start April along with new dates for its European Le Mans Series.

Series boss Gerard Neveu stressed that the new date for Spa, which was originally set for April 25, and the addition of the Bahrain race on November remained provisional.

Should the Spa WEC round not happen, it would mean the WEC field would head straight into the Le Mans 24 Hours on September 19/20 without having raced since Austin in February.

The revised 2020 ELMS calendar, downsized from six to five events, lists Paul Ricard on July 19 as its first round.

France is due to start lifting restrictions on daily life from May 11, but international arrivals from non-European countries remains prohibited until further notice.