© 2020 Autosport.  All rights reserved.
Previous / Spa WEC round postponed due to coronavirus
Next / Coronavirus forces Le Mans 24 to be postponed

A decision on whether this year's Le Mans 24 Hours will go ahead in June will be made next month.

Le Mans' organisers - the Automobile Club de l'Ouest - has revealed that it will make an announcement on April 15 on whether the 2019/20 World Endurance Championship finale can go ahead as planned on June 13/14 or have to be delayed in the face of the deepening coronavirus crisis.

ACO president Pierre Fillon said: "We are monitoring the situation and following instructions issued by the authorities.

"Whatever happens, the Le Mans 24 Hours will go ahead this year."

The news from the ACO on Monday followed quickly after the announcement of the postponement of the penultimate round of the WEC scheduled for Spa on April 25.

The sporting regulations for the WEC demand that the championship is made up of a minimum of six races.

The cancellation of the Sebring 1000 Miles and the postponement of Spa mean that five of the planned eight rounds 2019/20 rounds have so far taken place.

The ACO statement offered no indication as to when the 88th running of the French endurance race would take place should it not be possible for the race to take place in June. 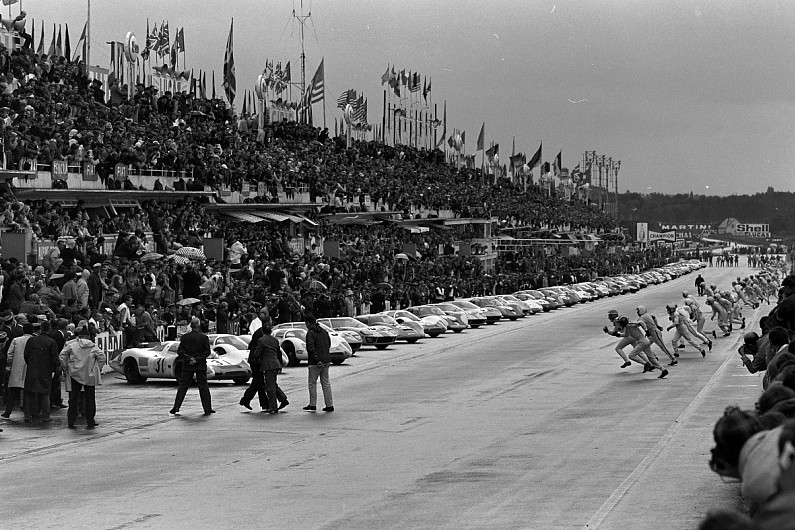 The 1968 edition of the race was delayed until September that year as a result of civil unrest in France during the summer.

A similar delay this year would push the event into the 2020/21 season, which is due to kick off at Silverstone on September.

That suggests that a delay to the start of next season when the new breed of LM hypercars are due to come on stream will be inevitable should Le Mans have to be pushed back.

Fillon also revealed that the ACO will "set up a separate press conference as soon as possible" to announce further details of the LMDh prototype rules due to come into force in the 2021/22 WEC and the 2022 IMSA SportsCar Championship in North America.

More details of the new class, which was announced at the Daytona 24 Hours IMSA opener in January, were due to be announced this week in the lead up to the Sebring WEC fixture.