April's Spa WEC round postponed due to coronavirus pandemic

The postponement of the event set for 25 April, the final WEC race before the Le Mans 24 Hours series finale in June, follows the cancellation of the Sebring 1000 Miles round on Thursday of last week.

WEC boss Gerard Neveu said: "This decision was the only responsible option to be taken at this time.

"The health and well-being of our competitors, fans and members of the paddock has to remain our priority."

He explained that the WEC is working to reschedule the race in 2020 and is aiming communicate the new date "as soon as possible".

The Spa round was previously under threat after the Belgian government installed a number of emergency measures to contain the spread of coronavirus.

In those measures, all large gatherings have been postponed, while public places like bars, cafes and restaurants must be closed until 3 April at the earliest. 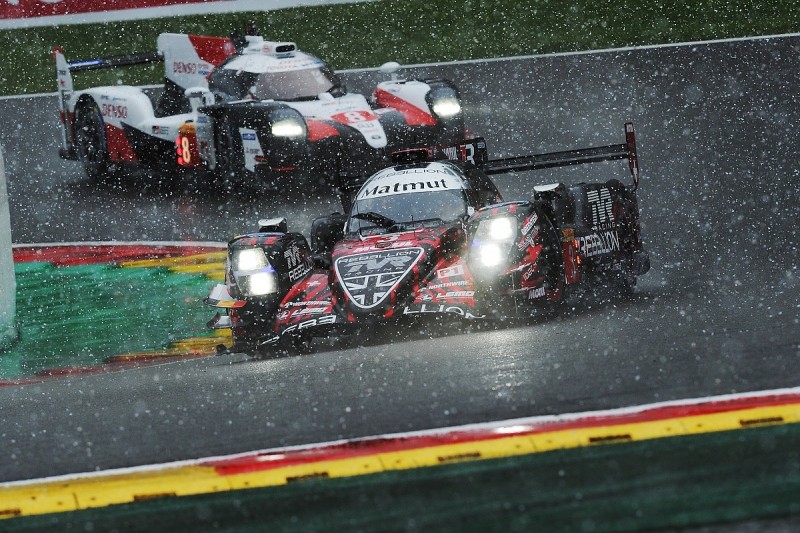 The WEC statement and a Q&A release with Neveu released last Thursday make no reference to Le Mans, which is scheduled to take place on 13-14 June.

Race organiser and WEC promoter, the Automobile Club de l'Ouest, has not commented on Le Mans since its press communique on 5 March.

It stated that that the organisation was confident that the event would go ahead as planned at a time when it had yet to make changes to either the WEC calendar or that of the European Le Mans Series.

The cancellation of the Sebring WEC round was followed on Friday by the postponement of the opening two rounds of the ELMS set for Barcelona on April 5 and Monza on 10 May.

These were the two ELMS rounds due to take place before Le Mans, which means that round one of the series now stands as the Paul Ricard race in July.

The early-March statement added that "should it be necessary to do so, we will reschedule events later in the year".

The 'winter-series' format of the WEC would make rescheduling Le Mans problematic because the 2020/21 season is due to start at Silverstone in September.

No major delay for LMDh WEC rules despite Sebring cancellation

Possible Le Mans WEC postponement to be decided in April