© 2020 Autosport.  All rights reserved.
Previous / Vergne scales back sportscar duties to focus on FE
Next / Sebring WEC round cancelled

Ferrari's participation in this month's Sebring World Endurance Championship round will not be affected by the emergency quarantine laws imposed in Italy as a result of the coronavirus outbreak.

The Italian manufacturer is not expecting any major issues ahead of the Sebring 1000 Miles on March 20, which the AF Corse team will contest with two factory entries in GTE Pro and four customer cars in GTE Am, despite the extension of the quarantine to cover the whole of Italy yesterday.

A spokesman for Ferrari told Autosport: "Many of the people involved in the WEC programme are from outside Italy or areas that are not in the red zone [where the quarantine rules are most strict], plus some are already in the USA.

"We have anticipated the problems and we are ready — we will be there in Sebring."

Public transport remains in operation in Italy despite the quarantine, which has resulted in the cancellation of all sporting events and restrictions on public gatherings.

The spokesman explained that the only issue could be the possible cancellation of flights resulting from lack of demand, but he stressed that Ferrari and AF are working to mitigate this possibility. 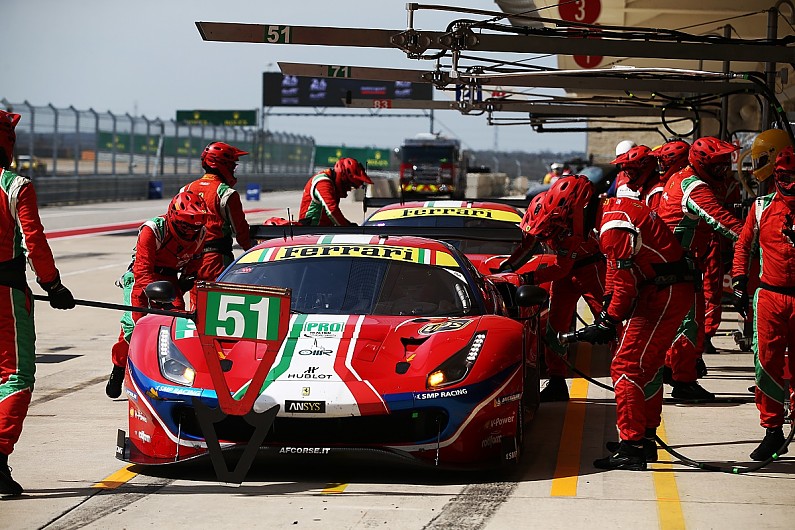 The Ferrari factory in Maranello and AF's Piacenza workshops lie in the Emilia-Romagna province, while Michelotto, which builds the 488 GTE WEC racers, is in Padua.

Both were among the 14 areas to which a quarantine lasting until April 3 was originally applied on Sunday prior to its extension on Monday.

There is no indication that the 'SuperSebring' meeting that incorporates the WEC race and round two of the IMSA SportsCar Championship is under threat of cancellation.

IMSA put out a statement last week explaining that it is monitoring the coronavirus situation and following updates from the World Health Organisation and the Center for Disease Control in the USA.

"At this time, there are no changes to regular operations and our competition schedule across all series remains unchanged," it stated.

The opening round of the renamed GT World Challenge Europe Endurance Cup scheduled for Monza on April 19 has been cancelled.

The Barcelona event on October 11, originally a GTWCE Sprint Cup round, will now become an enduro and an additional sprint added at Imola on October 31/November 1.