The Briton will again race with Davide Rigon and Miguel Molina in the French endurance race after losing his full-season WEC drive to Molina as a result of the number of potential date conflicts with FE.

Bird will also contest next month's Sebring 1000 Miles WEC round aboard the AF Corse factory team's #71 Ferrari 488 GTE with the same team-mates after the postponement of the clashing Sanya FE race in China.

Ferrari GT racing boss Antonello Coletta told Autosport: "Sam is part of our family and an official Ferrari driver, but [now] in a different mode.

"For the moment we have Sam just for Sebring and Le Mans, but the agreement is open to other races, respecting his FE contract."

He stressed that it was too early to talk about whether Bird could race full time in the 2020/21 WEC should the calendars allow and said that no decisions will be made about drivers until the summer. 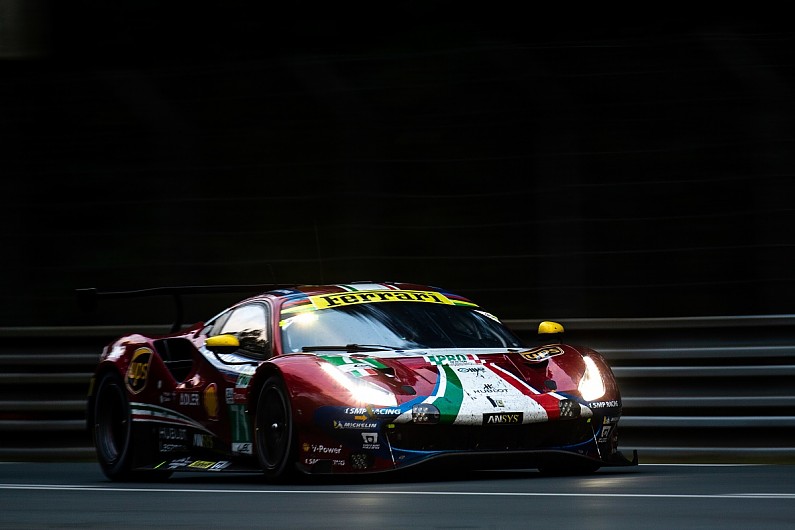 Coletta explained that Bird's return to the Ferrari WEC squad was unrelated to the disappearance of the last remaining WEC/FE clash after the postponement of the Sanya E-Prix as a result of the coronavirus outbreak.

He said that it was Ferrari's original intention to run just Rigon and Molina in the #71 entry at the Sebring WEC race on March 20 prior to Bird joining them at Le Mans.

Bird is part of an unchanged line-up in the two GTE Pro AF Ferraris for the WEC finale at Le Mans on June 13/14.

James Calado and Alessandro Pier Guidi, the regulars in the #51 entry, will again be partnered by Daniel Serra as they defend their GTE Pro crown at the French enduro.

"We are happy to have the same line-up of drivers at the next Le Mans as the last Le Mans," said Coletta.

Serra will also contest the WEC round on the undercard of the Sebring 12 Hours with Calado and Rigon.

The Brazilian, son of 1980s Formula 1 driver Chico, is one of two new factory signings by Ferrari.

Serra and Nicklas Nielsen, who is racing in GTE Am in the WEC his season with AF Corse, have been given factory contracts for 2020.

That means Ferrari now has 11 drivers on its GT roster.