Toyota has warned against 'playing around' with the World Endurance Championship's new LMP1 success handicap system, which has already hit its limit.

The Silverstone-winning #7 Toyota TS050 Hybrid and the sister #8 machine were slowed by 1.4 seconds and 1s per lap respectively for the last round at Fuji but still took a dominant one-two.

Rebellion's solo R-13 was given only a negligible 0.03s a lap penalty under the new rules but could not keep pace with the Toyotas.

The handicaps were calculated using a revised co-efficient of 0.012s per point (compared to the last-placed LMP1 car in the standings) per kilometre of the track, up from the 0.008s that had been originally prescribed.

"This was a bit of a surprise," Leupen told Autosport when asked about the co-efficient change.

"We accept it, but we also expected the pace of Rebellion [at Fuji] to be much higher based on where they were at Silverstone, so I hope they can come to our level.

"I think we say we should know what comes, because to put the car right for a circuit and set it up for a circuit, we cannot play around all the time." 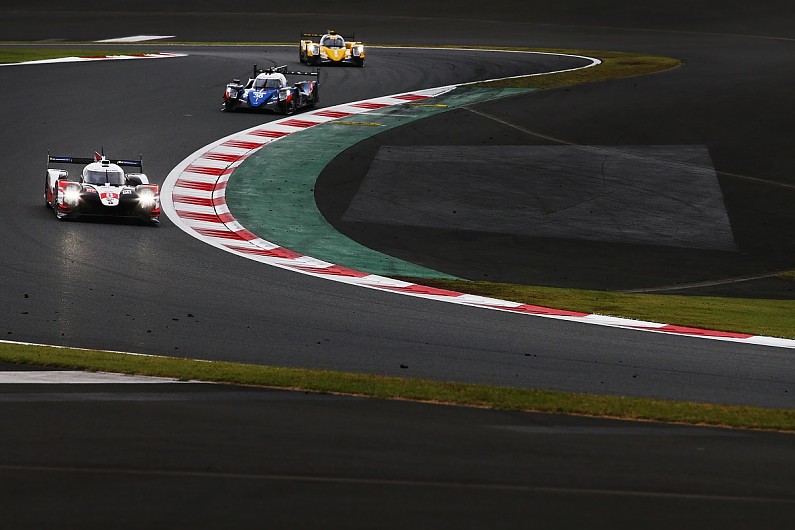 The LMP1 handicap system continues to apply penalties up to a 40-point gap, a limit that both Toyotas have already reached in relation to the so-called reference car, the #6 Team LNT Ginetta, which has scored only 2.5 points in two races.

Rebellion's #1 entry, 11th overall at Silverstone and third at Fuji, is 27 points down, giving it a theoretical advantage of around 1.6s a lap over Toyota for the next round at Shanghai.

Leupen was clear the 40-point limit should be "respected" in the event that the privateers fail to beat Toyota even with the biggest handicap allowable in the rules.

"There must be a ceiling, otherwise we might get some difficulties running these cars because they need to have a certain speed, a certain recovery, and it's very expensive to start changing systems and we don't want to do this," Leupen said.

"For us it's a learning curve. In the next regulations we talk about BoP, which for us is the first time to race under these circumstances. It's never been done before.

"The engineers had a lot of things to do to put everything right with the car, the complexity is huge. But there is a ceiling and this we should respect."