Toyota secured another dominant one-two finish in the Fuji round of the World Endurance Championship, as Sebastien Buemi, Brendon Hartley and Kazuki Nakajima claimed their first win of the season.

After taking an easy pole position with the help of the new LMP1 handicap system, the crew of the of the #8 Toyota TS050 Hybrid took was untouchable en route to a first victory as a trio - with former Porsche driver Hartley scoring his first WEC win since the 2017 Austin race.

Saddled by a theoretical time loss of 0.4 seconds per lap under the new system, Kamui Kobayashi, Mike Conway and Jose Maria Lopez, were powerless to put up a fight.

The arrival of a light rain-shower mid-race did little to change the pecking order, with both Toyotas switching to intermediate tyres and returning to slicks at the same time, meaning that the #7 car ended up 34s adrift at the finish.

That was despite the #8 car earning a drive-through penalty for pitlane speeding with just over two hours to run, which reduced the winning squad's advantage by 30s. 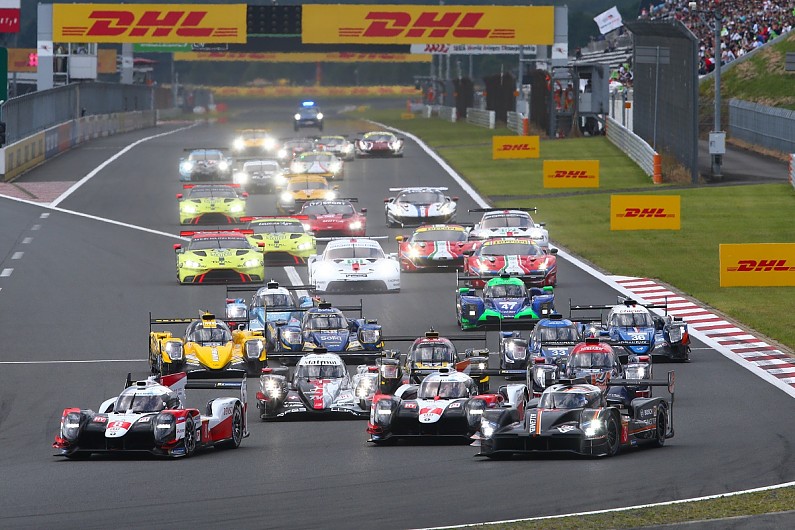 Senna enjoyed a spirited battle with Kobayashi in the early laps over second place but the advantage of the hybrid-powered Toyota in traffic soon told, and shortly after the two-hour mark the Gibson-powered R-13 had already dropped off the lead lap.

The #5 Ginetta G60-LT-P1 of Egor Orudzhev, Luca Ghiotto and Ben Hanley was on course for fourth place until a late brake failure while Hanley was at the wheel consigned the car to the garage for 16 minutes and left it 16 laps down.

Their misfortune promoted the sister #6 car of Guy Smith, Mike Simpson and Charlie Robertson to fourth in the LMP1 order, albeit 14 laps down after suffering a right-rear puncture and then a six-minute stop-and-hold penalty for using two more tyres than the rules allow. 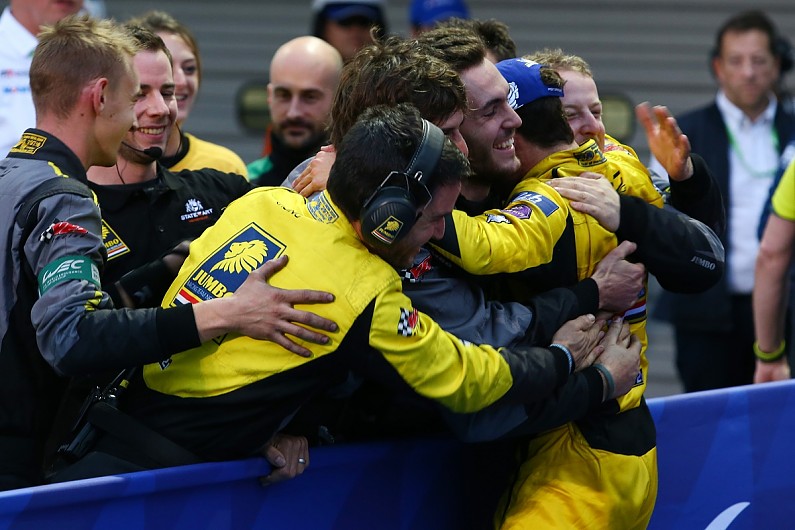 After taking over the car from van Eerd with a little under two hours to go, de Vries overturned a deficit of almost 1m30s in relation to the Jackie Chan DC Racing ORECA, which had spent much of the race vying for the lead with High Class Racing's ORECA.

Toyota protege Kenta Yamashita had just passed Ho-Pin Tung to take the lead before handing over to gentleman driver Mark Patterson with 90 minutes to run, giving Tung a buffer of 10s over Anthony Davidson in the JOTA Sport ORECA.

Davidson caught up Tung and vaulted into what appeared to be the net lead at the final round of pitstops - but de Vries had eroded the RTN's car deficit to such an extent that he was able to make his final splash-and-go with 25 minutes to run and rejoin the track 6s ahead.

The Dutch driver sealed victory for RTN by 26s over the JOTA car shared by Davidson, Roberto Gonzalez and Antonio Felix da Costa, while the Jackie Chan car of Tung, Will Stevens and Gabriel Aubry ended up a lapped third as it was slowed by late engine problems.

High Class ended up fifth as Patterson dropped back late on, behind the United Autosports ORECA that was delayed by a loss of power while Phil Hanson was at the wheel.

Signatech Alpine finished eighth and last in class after an early coming-together between Pierre Ragues and the Red River Sport Ferrari of Bonamy Grimes at Turn 1 left the #36 car needing a trip to the garage - ending a run of nine podiums for Signatech. 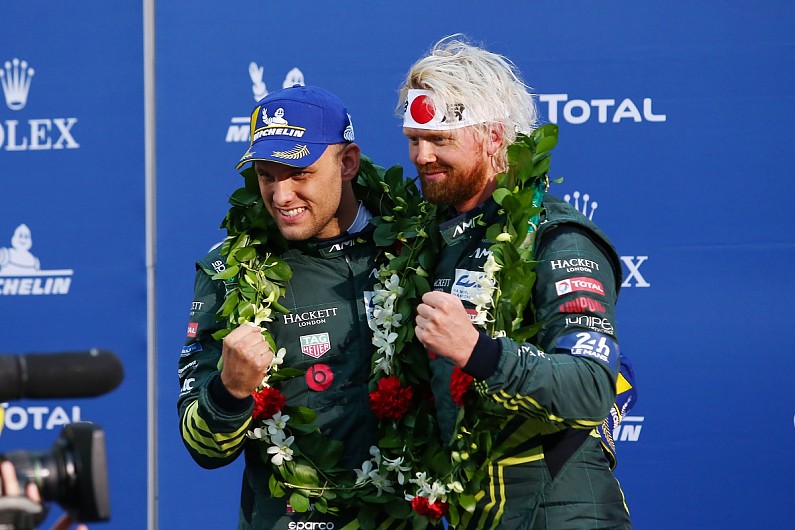 Aston Martin scored a first GTE Pro win for its new Vantage GTE without the help of bad weather, as Nicki Thiim and Marco Sorensen took their first victory in almost a year.

The all-Danish duo assumed the lead of the class when Thiim passed Alex Lynn in the sister Aston Martin for the lead into the Turn 10 chicane in the second hour, and an off at Turn 1 for Martin when he took over the #97 car towards the end of the third hour cost the second Aston more time.

Porsche finished second with the #92 911 RSR-19 of Kevin Estre and Michael Christensen, helped by making a stop under full-course yellow while the #97 Aston that eventually finished third pitted under green.

The #91 Porsche was sixth and last, two laps down, following a drive-through penalty for track limits abuse and power problems. 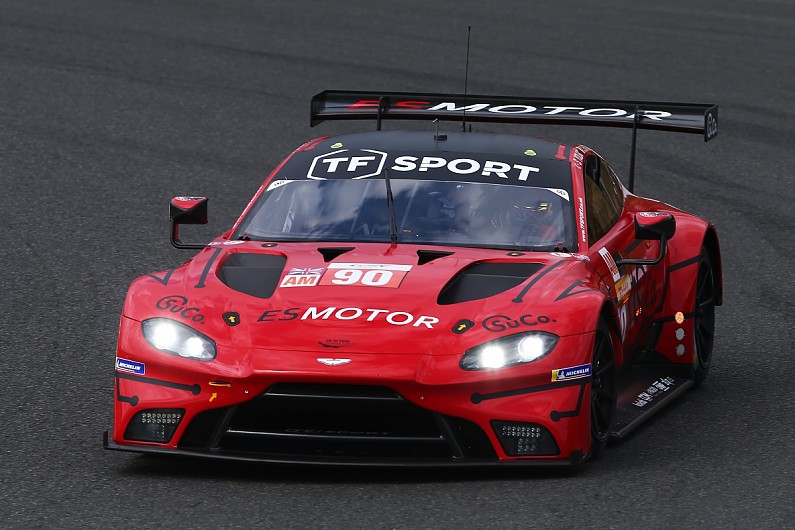 TF Sport secured its first WEC class win with a dominant run in GTE Am thanks to the efforts of Salih Yoluc, Charlie Eastwood and Jonathan Adam in the #90 Aston Martin.

The trio ended up 42s clear of Silverstone-winning AF Corse Ferrari crew Francois Perrodo, Emmanuel Collard and Nicklas Nielsen, while the Project 1 Porsche shared by Ben Keating, Felipe Fraga recovered from being sent to the back of the grid to secure third.

Aston Martin's works Am car was 22 laps down after being clouted by the Dempsey-Proton Porsche of local driver Satoshi Hoshino at the chicane on the opening lap.