Toyota overcame the success handicaps carried by its TS050 HYBRIDs to block out the front row in qualifying for Sunday's Fuji round of the World Endurance Championship.

Kazuki Nakajima and Brendon Hartley took the pole in the #8 Toyota TS050 HYBRID, which is carrying penalties adding up to a theoretical one second per lap.

The sister car, which has been penalised to the tune of 1.4s a lap, ended up eight tenths in arrears on a 1m25.803s average from Jose Maria Lopez and Kamui Kobayashi.

That put it three tenths up on the best of the privateer LMP1s, the Rebellion-Gibson R-13 qualified by Gustavo Menezes and Norman Nato.

Nakajima said: "The most important thing was not to make any mistakes, because we knew we should be quicker than the sister car, but we weren't sure of the pace of the other P1 cars."

Lopez set a 1m25.639s on the opening runs before Kobayashi posted a 1m25.125s to leave them four tenths behind the sister car on aggregate.

The Japanese driver lost his initial time to a track limits infringement and could only a manage a 1m25.968s after a brief red flag to give them 1m25.803s average.

Menezes and Nato ended up on 1m26.163s in third, while the best of the Team LNT Ginetta-AER G60-LT-LMP1s took fourth place in the hands of Egor Orudzhev and Ben Hanley with a 1m26.820s average.

Mike Simpson set the quickest time by a privateer LMP1 on the first runs with a 1m25.889s, but Charlie Robertson was unable to complete a flying lap after spinning and bringing out the red flags. 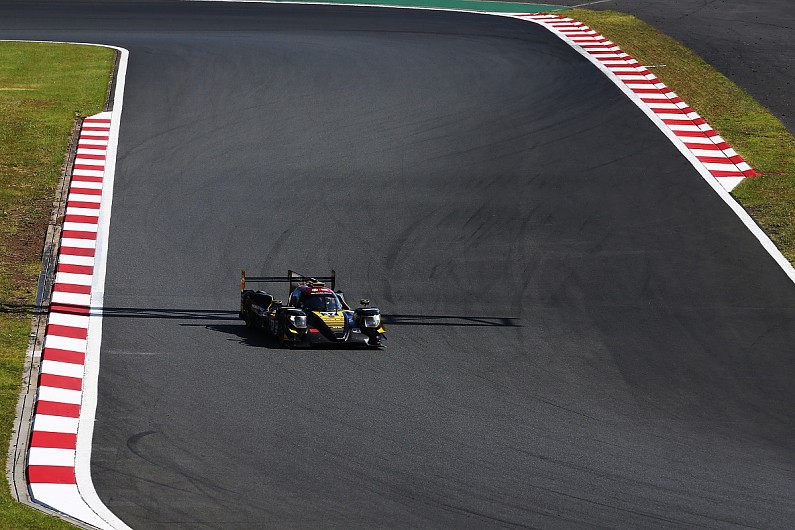 The Jota-run Jackie Chan DC Racing squad led the way in LMP2, Ho-Pin Tung and Gabriel Aubry taking pole in their ORECA-Gibson 07 with a 1m29.175s average.

The United Autosports pairing of Filipe Albuquerque and Phil Hanson jumped to second after the red flag.

Albuquerque went out for a second run and improved on his time to lower their average to 1m29.787ss to push the the Jota ORECA shared by Anthony Davidson and Roberto Gonzalez down to third.

Porsche stole position in GTE Pro right at the end of the first qualifying period. 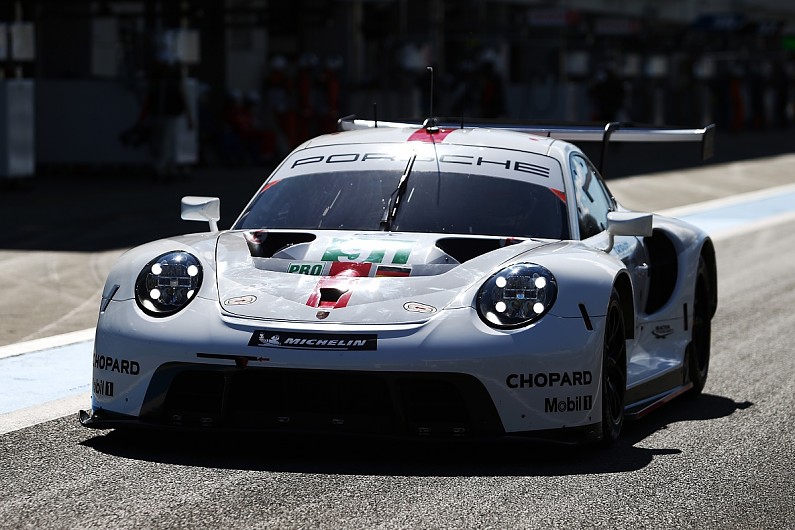 Gianmaria Bruni had been third fastest in the #91 Porsche 911 RSR after the first runs on 1m37.350s, before team-mate Richard Lietz jumped to the top of the times in the second runs.

The Austrian found six tenths on his second lap to bring the #91 Porsche's average down to 1m37.356s and claim the pole.

The Porsche just edged out the AF Corse Ferrari 488 GTE of Alessandro Pier Guidi and James Calado, who ended up on 1m37.397s.

Pier Guidi's 1m37.292s put him second to Nicki Thiim's Aston Martin initially and Calado looked to have done enough to secure the pole with a 1m37.503s after losing his first lap to a track limits violation.

Davide Rigon and Miguel Molina took fourth spot in the second Ferrari with a 1m37.792s average.

Kevin Estre and Michael Christensen brought up the rear in GTE Pro in the other Porsche behind the Aston of Maxime Martin and Alex Lynn.

Estre was slowest after the first runs and then Christensen spun on his first quick lap, the rear of the car sustaining minor damage.

GTE Am honours went to the Project 1 Porsche 911 RSR shared by Felipe Fraga and Ben Keating.

Fraga was third after the first runs before driver Keating was quickest on the second runs to put the car on the class pole.

Their 1m38.733s average just edged out the TF Sport Aston Martin, which Jonny Adam and Salih Yoluc qualified with a 1m38.821s average.