Toyota believes it is now much better prepared for next week's Sebring 1000 Miles World Endurance Championship round after undertaking a three-day test at the circuit last month.

The Toyota LMP1 squad organised the test at the Sebring International Raceway on February 5-7, which was opened up to other teams, to get a first taste of the track, though team principal Pascal Vasselon insisted that it was not an "absolute must".

He has now described it as a "worthwhile experience" in which the team "learned a lot" ahead of this weekend's official pre-event test organised by the WEC.

"We reached our mileage target of 4000km, setting an unofficial lap record in the process, and we made good progress developing specific set-ups for this unusual circuit," said Vasselon.

"It's a very tough track for drivers; not easy to perfect the right line between the concrete walls and the bumps, particularly at night.

"From that point of view, it was a productive three days with all six of our drivers — we are much better prepared for the Sebring race week now following this test session." 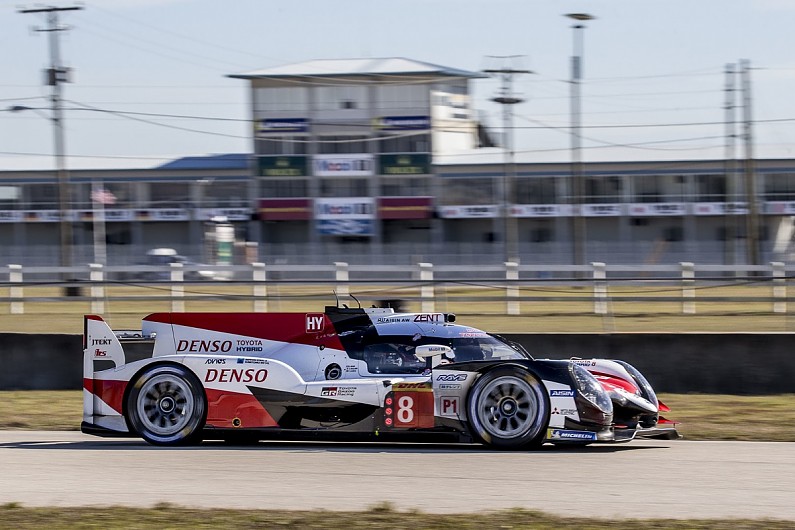 The February test included night running, unlike this weekend's two days of official testing ahead of race week.

Free practice begins next Wednesday ahead of the eight-hour race on Friday (March 15) on the eve of the Sebring 12 Hours IMSA SportsCar Championship round.

Of the six drivers in the two Toyota TS050 HYBRIDs, only Sebastien Buemi has raced at Sebring before.

Mike Conway had previously tested on the sportscar layout in IMSA prototype machinery and in IndyCar on a different track configuration.

"It was fantastic to discover this circuit, which is legendary for endurance racing," he said.

"The track surface, particularly the bumps, is really different to what we are used to."

Twenty-nine of the 34 cars on the entry list for the Sebring 1000 Miles will test this weekend.

The Jota Sport-run Jackie Chan DC Racing LMP2 squad, which tested along with Toyota last month, has chosen not to take part.

The DragonSpeed squad, which also ran its LMP1 and P2 machinery in February, will also be absent because it is making its IndyCar debut this weekend at the St Petersburg series opener.

Corvette Racing has also opted out of the test with the solo Chevrolet Corvette C7.R entered in the WEC round.