One tenth of a second. That's how little the Porsche 919 Hybrid Evo missed out on unofficially breaking the race lap record for the Indy layout at Brands Hatch.

The car might only have been at the circuit for demonstration runs, but that didn't stop Nick Tandy from attempting to eclipse the 38.032s benchmark set by the Benetton B197 of Scott Mansell back in 2004 during a EuroBOSS race (Paul Tracy's 37.006s Champ Car lap in 2003 was set in qualifying and before Graham Hill Bend was remodelled).

Built after the demise of Porsche's LMP1 programme in the World Endurance Championship, during which the 919 won both Le Mans and the overall title three times in four years, the Evo has been on a 'tribute tour' during 2018.

Without the need to meet a specific set of regulations, the upgraded Evo has a peak power output of 1160bhp with its V4 combustion engine and two recovery systems combined. It also runs a heavily revised aerodynamic package, featuring DRS, that has increased overall downforce by 53%.

But with 2015 Le Mans winner and current Porsche IMSA driver Nick Tandy behind the wheel, the Evo couldn't add to its success around the 1.2-mile Brands Indy circuit. During the final run, where Tandy used DRS for the first time and hit 192mph before braking for Paddock Hill Bend, an unofficial best lap of 38.16s wasn't quite enough. 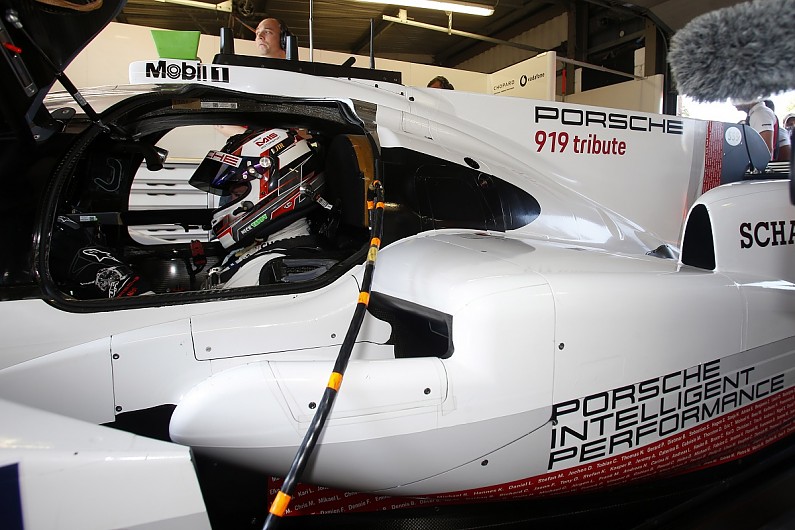 It's important to stress that Porsche was not making a genuine attempt to break the record. The Evo's set-up was far from optimised: the hybrid system wasn't mapped for the Kent circuit, the bespoke Michelins that the Evo normally runs were absent - instead replaced with 'off-the-shelf' rubber. Tandy had never sat in the car prior to the Festival of Porsche at Brands last Sunday either.

Nevertheless, he was pushing and the fact he got within 0.1 seconds begs the question, had it have been a serious effort, how fast could the Evo have lapped?

"That's up there with the best thing I've ever done," Tandy told Autosport after his final of three runs. "It's the fastest car I've ever driven so it was cool.

"The thing is, by the time you've done the out-lap the tyre is gone. If we had the race tyres then we'd be in the 35s.

"When the aero load comes off it starts to get a bit lairy. That time we were using the DRS as well and I was trying to switch it on earlier and earlier but the rear end was squirrelling.

"We had to recharge the battery because I was basically using the full hybrid system at all points. Normally in a race situation you'd use it for a couple of seconds out of a corner and then you're back on engine power and recharging at the end of the straight."

Porsche Team test engineer Olivier Champenois continued: "The tyres weren't optimised for here, no. For sure [we could improve by] a second definitely.

"Two seconds is a lot on this track but if we could spend some time to try and optimise it then I think even two seconds you can try and probably reach that here.

"[Tandy] was pushing in the last run that he did but there's always a bit more from him as well to find. 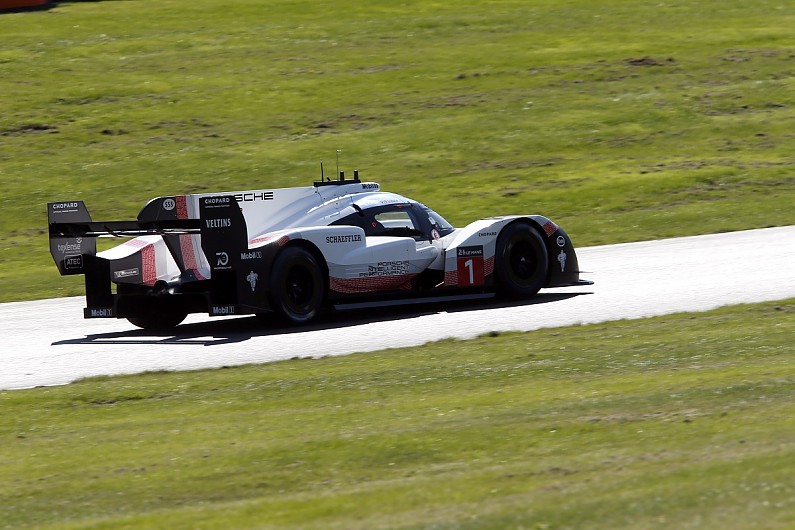 "We didn't have any preparation here so we needed a lot of manual operation from the driver. Obviously we would have to map it around the track with the knowledge we've gathered here to be able to optimise it.

"The tyres from Michelin that we use for record laps are specific tyres and they are confidential. Usually we need people from Michelin to support us to come and run them. Today we didn't have those."

Champenois also added that building cars faster than the Evo comes with the risk of manufacturers embarking on a path of diminishing returns.

"The driver is now the limiting factor in how fast these kinds of cars will go," he said. "We can do a little bit of simulator sessions [to prepare].

"At the Nordschleife if we had done a run after [the record lap] it would have been quicker and quicker but at one point maybe the car doesn't come back. For sure, there's more potential in the car."

Sadly, how much potential is left is the car is likely never to be explored. An appearance at Laguna Seca later this month for the Porsche Rennsport Reunion VI is the Evo's final on-track run before it is retired. 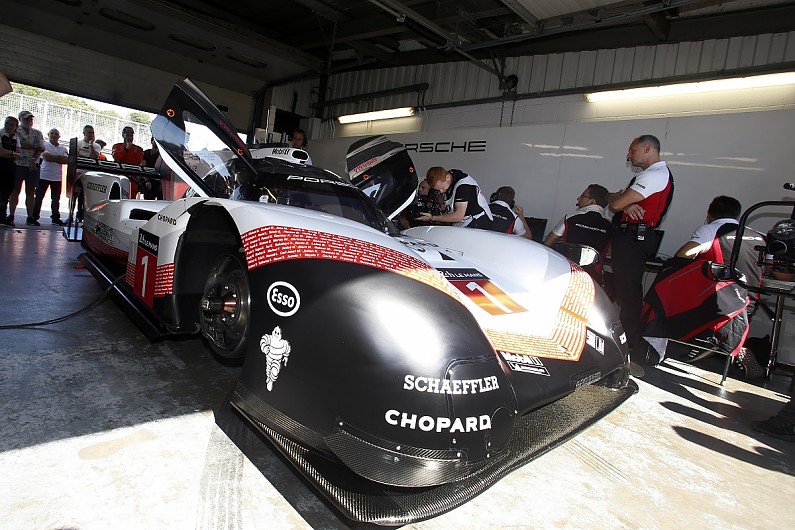