The Dane will be given a try-out over two days at the Spanish track on November 10-11 along with Mitch Evans, who will also drive at the official WEC rookie test in Bahrain later in the month, and Oliver Turvey.

Magnussen, who will not be retained by McLaren at the end of this year, visited Porsche's Weissach motorsport facility last week along with Evans and IndyCar frontrunner Juan Pablo Montoya, who will also drive at the rookie test.

They each had a seat fitting and were given a simulator session in preparation for their P1 test debuts.

Porsche has played down the significance of Magnussen's test at a time when Force India driver Nico Hulkenberg's place in its line-up for the Le Mans 24 Hours has been placed in doubt by the clash of the inaugural Azerbaijan Grand Prix with the French enduro.

"We are still hoping for a solution on the calendar and we have some before we have to make a decision on Nico," a Porsche spokesman told Autosport.

"This is a general test at which we are giving some new guys a chance rather than a test because we are looking for a driver for the third car at Le Mans."

He revealed that he had enquired about the possibility of driving alongside his father in the Corvette Racing GTE Pro squad at Le Mans this year.

Porsche has stated it will wait for an unspecified amount of time for any changes to the F1 calendar.

LMP1 team principal Andreas Seidl said at the Fuji WEC round earlier this month the team was in "no rush" to find a replacement for Hulkenberg alongside fellow 2015 Le Mans winners Nick Tandy and Earl Bamber in the third 919 Hybrid.

McLaren F1 development and Dome Super GT driver Turvey has been given his P1 chance after impressing at the wheel of LMP2 machinery with the Jota Sport team over the past three seasons.

The Briton finished runner-up in P2 at Le Mans this year in Jota's Gibson-Nissan 015S together with Evans, whose career is guided by Porsche driver Mark Webber.

"We decided to give three young drivers a chance to test the Porsche 919 Hybrid," team principal Andreas Seidl said.

"The seat fit and simulator preparation is already done. We are looking forward to the test and will see what the future brings." 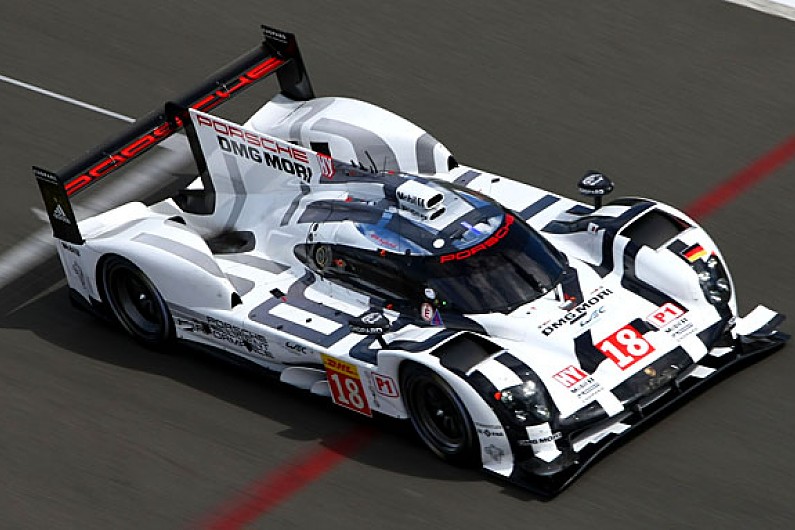