The balance between petrol and diesel-powered LMP1 machinery set at the start of the 2014 World Endurance Championship will not change before the Le Mans 24 Hours in June.

The differing amount of fuel per lap allocated to petrol and diesel hybrids, the means by which performance is controlled under the 2014 P1 regulations, will be set in stone for the first three races ahead of the WEC opener at Silverstone in April.

The calculations or the Equivalence of Technology will be based on information and data supplied to the FIA and Le Mans organiser the Automobile Club de l'Ouest, which jointly write the P1 rulebook, by the three manufacturers competing in P1 next season based on their simulations and pre-season testing.

ACO sporting manager Vincent Beaumesnil explained that the move was designed to ensure that the manufacturers - Audi, Toyota and Porsche - supply the correct information ahead of the start of the season.

"The will be no adjustment before Le Mans because if someone is shown by our measurements to have a brake specific consumption that is different from what has been declared previously, there will be a sanction," he said.

"There can be no possibility to cheat by giving incorrect figures before Silverstone, and because there is no adjustment between Spa and Le Mans, there can be no reason to sandbag in the first two races."

The balance will be reviewed on the basis of data accumulated over the course of the Le Mans event in June, which will allow another Equivalence of Technology to be set for a further 12 months up to and including the 2015 24 Hours at Le Mans.

"I am pretty sure that we will not change anything, but if it is necessary, we will," Beaumesnil continued.

"We will go for 12 months without moving anything until after Le Mans the following year because we do not want to punish development — if someone makes progress in those 12 months, that is fine."

The Equivalence of Technology for petrol-powered cars will be based on the performance of the best of the two manufacturers, Toyota and Porsche, running this fuel.

Beaumesnil said there would be a sanction for any manufacturer whose brake specific fuel consumption is better than declared. This would range from stop-go penalties to exclusion, he said.

There will also be a table of penalties for cars that exceed their fuel allocation over a three-lap average or by more than two per cent over any one lap. 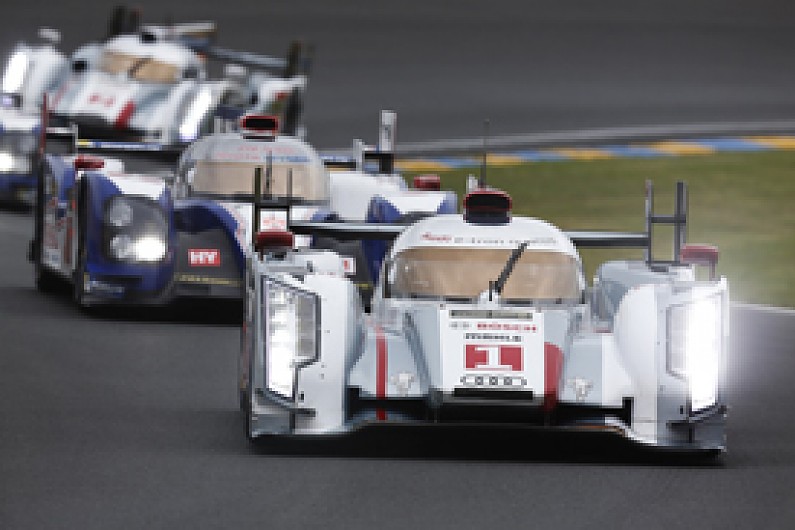 The energy content of the fuel allocation of petrol cars and turbodiesels will not be the same because of the different combustion properties of the two fuels.

The fuel allocation will be policed by a sensor produced by Gill Sensors, which is common to the WEC's LMP1 class and Formula 1.

The FIA is confident that the sensor, which measures rather than controls the fuel flow, will meet its accuracy target of plus or minus 0.25 per cent, despite issues with the unit when it tested in F1 cars at the Silverstone young driver test in July.

The definite sensor is expected to be released to the manufacturers and F1 teams in January.

There is no provision in the rules for balancing of manufacturer LMP1 entries by any other means than the fuel allocation, but the performance of non-hybrid cars competing in the privateer-only LMP1-Light subclass can be adjusted in other ways.

• The 2014 WEC calendar has been tweaked again after the shift of Japanese Grand Prix at Suzuka: the WEC race at Fuji has been moved back to one week to its original date of October 12.

An FIA World Endurance Trophy for drivers will be awarded to LMP1 privateers in addition to a teams' title on the proviso that there are a minimum of three entries.