The final podium position was more than enough to give the trio an unassailable lead in the championship with one round left to run, despite victory for team-mates Andre Lotterer, Benoit Treluyer and Marcel Fassler.

McNish and his co-drivers opted to play the percentages aboard their Audi R18 e-tron quattro after qualifying only fourth on a track that appeared to favour Toyota's TS030 HYBRID.

McNish also found himself on the wrong compound tyres in the opening stint and was more than 40 seconds off the lead at the first round of pitstops.

"I feel massively proud of what we accomplished this year," said McNish. "We came out the blocks fighting in the Silverstone opening race and went on to also win at Le Mans and in Texas.

"Today we drove a conservative race but I'm out to finish the season off in style in Bahrain at the end of the month."

Lotterer, Treluyer and Fassler took the victory in dramatic style at the end of a race that looked to be going the way of the Toyota driven by Nicolas Lapierre and Alex Wurz.

Toyota led into the final hour before Wurz took over from Lapierre with 53 minutes to run, which crucially meant the car would require a splash-and-dash fuel stop before the end of the six-hour race.

Wurz moved back to the head of the field when Fassler handed over to Treluyer 15 minutes later.

The Toyota remained ahead after Wurz made his fuel-only stop with 33 minutes to go and emerged from the pits with a slender advantage over the Audi.

Treluyer edged towards the Toyota and moved past after only two laps when Wurz went off line in Turn 3 as he tried to negotiate his way through traffic.

The Audi driver, who was on the fresher tyres, was then able to pull away to a final margin of victory of 16s. 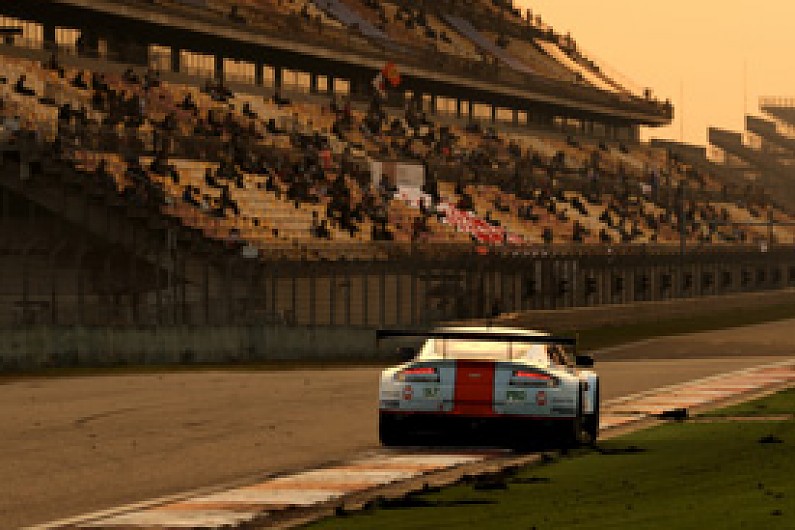 The second Toyota, shared by Anthony Davidson, Sebastien Buemi and Stephane Sarrazin, retired from the lead in the penultimate hour when a bolt in the right- front suspension sheered.

LMP2 honours went to the G-Drive/Delta-ADR Nissan 03 shared by John Martin, Mike Conway and Roman Rusinov, which dominated the class despite a delay caused by bodywork damage sustained in the middle of the race.