The rumours were out there this time two years ago: Chrysler was eyeing a return to sportscar racing with its forthcoming new-generation Viper.

The Detroit giant played its cards close to its chest, yet the latest version of the iconic American muscle car that achieved so much in GT circles in the late 1990s and early 2000s was always headed for the racetrack. And one in particular by the name of the Circuit de la Sarthe.

Planning for road and race car went "hand in hand", according to Beth Paretta, the woman in charge of motorsport at Chrysler's Street and Racing Technology brand, whose badges appear on the nose of the new Viper GTS-R. The car isn't a Dodge or even a Chrysler this time — it's an SRT.

"We revealed the two cars at the same time at the New York Auto Show in April 2012," she says. "Motor racing communicates the soul of the car. There was as much excitement to get the car back on the track as there was to get on it on the road."

The Le Mans 24 Hours was always in the plan, even if Chrysler - sorry, SRT - wasn't admitting it.

"On some of the early design sketches of the interior, there was a track map on the steering wheel, and that was the map of Le Mans," Paretta continues.

"The desire to return to Le Mans was exactly why we chose to compete in the American Le Mans Series. When we were making those decisions there was no merger [between the ALMS and Grand-Am]. There was a conscious decision to do the ALMS because it was an entrée to Le Mans."

SRT wasn't expecting to be on the Le Mans grid in 2013, however. It had a short series of races pencilled in for the second half of last season, but it is still treating this season as a learning year.

"We never took it for granted that we would get an invite," says Paretta.

SRT turned to Riley Technologies to develop the Viper for the GTE category. The leading manufacturer of Daytona Prototypes for Grand-Am and predecessor Riley & Scott has been better known for its relationships with General Motors (witness the Cadillac LMP programme in 2000), but the Riley family has long-standing links with Chrysler that encompass the original Viper project.

It built the chassis for the first run of racing Vipers and produced a sequence of Chrysler show cars in the 1990s.

Choosing an American organisation made sense for SRT, according to Paretta.

"The Viper is built within the city of Detroit, so to have an American partner was certainly a natural," she says, "but knowing the bulk of our year is in the US meant it made sense to have a US partner."

Riley boss Bill Riley describes it as a privilege to be chosen to take the Viper back into international sportscar racing.

"There's an amazing legacy there and I'm proud to be part of it," he says. "I am pretty excited and honoured to be one of the people on the front line of the Viper's return."

Riley started working with SRT in the first half of 2011, before the project was signed off in October that year. Steel started to be cut the following February and the first racecar, fitted with a mule engine, ran in June.

Four ALMS races were contested last year, before the new SRT Viper road car went on sale, as a lead-in to the first full year of competition in 2013.

That has proved crucial in the new Viper's move towards the front of the ultra-competitive GT class (GTE) in the ALMS. The car received a series of performance breaks over its short season in 2012 and was able to run near the pace at Petit Le Mans at Road Atlanta at the end of last season.

Come Sebring and the start of this year's ALMS, the Viper was bang on the money.

The Viper shared by Marc Goossens, Dominik Farnbacher and Ryan Dalziel led the race and was looking good for a podium until three-quarter distance when the car lost time with a starter-motor issue.

Goossens and Farnbacher then notched up a maiden top-three result at Long Beach, although an incorrect call on tyres cost the duo the win.

The hope for Riley is to "get one ALMS victory under our belts before the end of the season" with either of its two cars. ALMS regulars Jonathan Bomarito and Kuno Wittmer are joined by Trans-Am legend Tommy Kendall for the enduros.

Yet aspirations for Le Mans are more modest.

Riley talks about "too many unknowns" and points out that the Viper's Roush-built eight-litre V10 will be running on European E10 fuel rather than the E85 green gas on which it runs in the US.

There's also the question of the Viper's straightliine speed, the key to a quick lap around Le Mans. Some have suggested that the engine air-restrictor breaks handed to the car last year will result in it flying down the Mulsanne. Riley isn't so sure.

"Some of our rivals are maybe lying awake at night worrying about how fast we are going to go down the straight," he says. "I lie awake worrying about that too.

"People are forgetting that the Viper is a big car with a large frontal area."

A first-time-out victory for the new Viper at Le Mans would be a little too much to ask, according to Riley and Paretta. "I want a respectable run and a finish," says Riley, while Paretta talks about "bringing two cars across the finishing line".

She points out that it took the original GTS-R three years to win at Le Mans and promises that the Viper is back in international GT racing for the long haul. 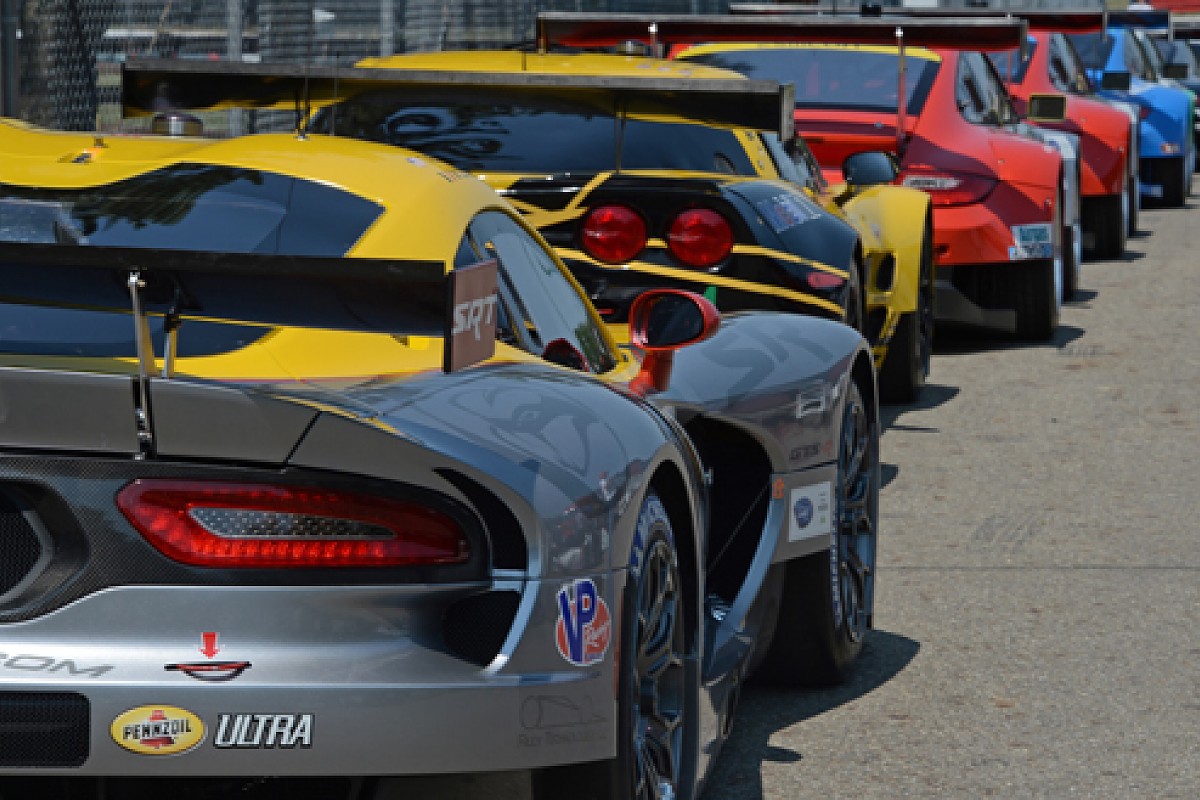