If you're reading this, you can play the game. Maybe you already have, but if you haven't, I'm urging you to stay online and take part in the vote to decide the greatest Le Mans 24 Hours racers of all time.

The Automobile Club de l'Ouest at Le Mans is offering fans of sportscar racing the chance to nominate a favourite car from each of the 10 decades of the 24 Hours as it prepares to celebrate its 90th anniversary this June. The greatest car of each decade will then be chosen according to these votes and those of a distinguished panel of experts.

You can take part in Vote for a Legend via facebook or the Le Mans website. It's easy, so vote now or stay schtum if you have any complaints about the winners. You'd be silly not to vote, because there are some decent prizes at stake - all entrants are entered into a raffle.

The ACO has kicked off the process by whittling the choices down to three cars per decade.

Ferrari, Jaguar and Bentley are also well represented, as you would expect. Ditto the French marques Peugeot, Renault and Matra. And that's not counting Chenard & Walcker.

Manufacturers dominate the list, but the car built by son of Le Mans Jean Rondeau is given a place on the 1980s shortlist. The late Rondeau remains the only driver to win Le Mans in a car bearing his own name.

There are a few notable omissions, but I guess some decades had more than three greats.

I'd have liked the chance to vote for the Audi R8, and not because it's one of my all-time favourites. It's more about the sheer weight of statistics in the car's favour, its longevity and the fact that I must have written hundreds of thousands of words about the thing.

I would have loved for Porsche's 936 to have been given a slot, but then it is a car that has always been overlooked by history. I guess that was inevitable for a Porsche sandwiched between the 917 and the 956.

We all have favourites whose flag we would like to fly. The 936 is one of mine, as are the Ferrari 333SP and the McLaren F1 GTR. Both have a real significance in the history of sportscar racing, but I couldn't argue that they are in any way Le Mans greats.

I must have written countless words about those two cars as well, even in the context of Le Mans. The same goes for some cars that failed to live up to expectations (the Toyota GT-One springs to mind) and some that exceeded them (how about the BMW V12 LMR?).

Of course, Le Mans is not just about the winning cars. For every success story, there are scores of failures, glorious and otherwise.

There's an honour at Le Mans in just taking part. Every car that has ever graced the grid at the Circuit de la Sarthe is part of the rich history of the event.

In the days before I earned my living from writing about sportscars, my interest was often drawn towards the rear of the Le Mans grid.

AUTOSPORT magazine readers will know of my infatuation with the British ADA Engineering teams's early-1980s Group C monstrosity, variously called the De Cadenet Lola, the ADA 01 and, perhaps most succinctly, the 'Morris Minor'.

The cobbled together backyard Brentford special was never going to trouble the headline writers in its day, but a photo of the car did make the cover of our Group C special edition in August with the word UGLY emblazoned across it.

Who remembers the bizarre front-engined Ardex S80, a kind of coupe Clubman's racer, that failed to make the grid in 1981?

Two years later, Mazda turned up with its bubble-like 717C (pictured below), a car that frightened its drivers with its inability to travel in a straight line on the Mulsanne Straight and the Le Mans crowd with its rotary whine.

The 717C set Mazda on a course that would eventually lead to victory nine years later (the 787B is on the Vote for a Legend list by the way).

The Ardex, on the other hand, has been largely forgotten along with the claims of its designer, Max Sardou, that it was he and not Peter Wright and Colin Chapman who first harnessed ground-effect.

I'm sure the Ardex isn't the worst car in the history of Le Mans and I'm not suggesting an alternative vote. But I reckon next Christmas time you could see a 'Worst Le Mans Cars' story in the pages of AUTOSPORT. 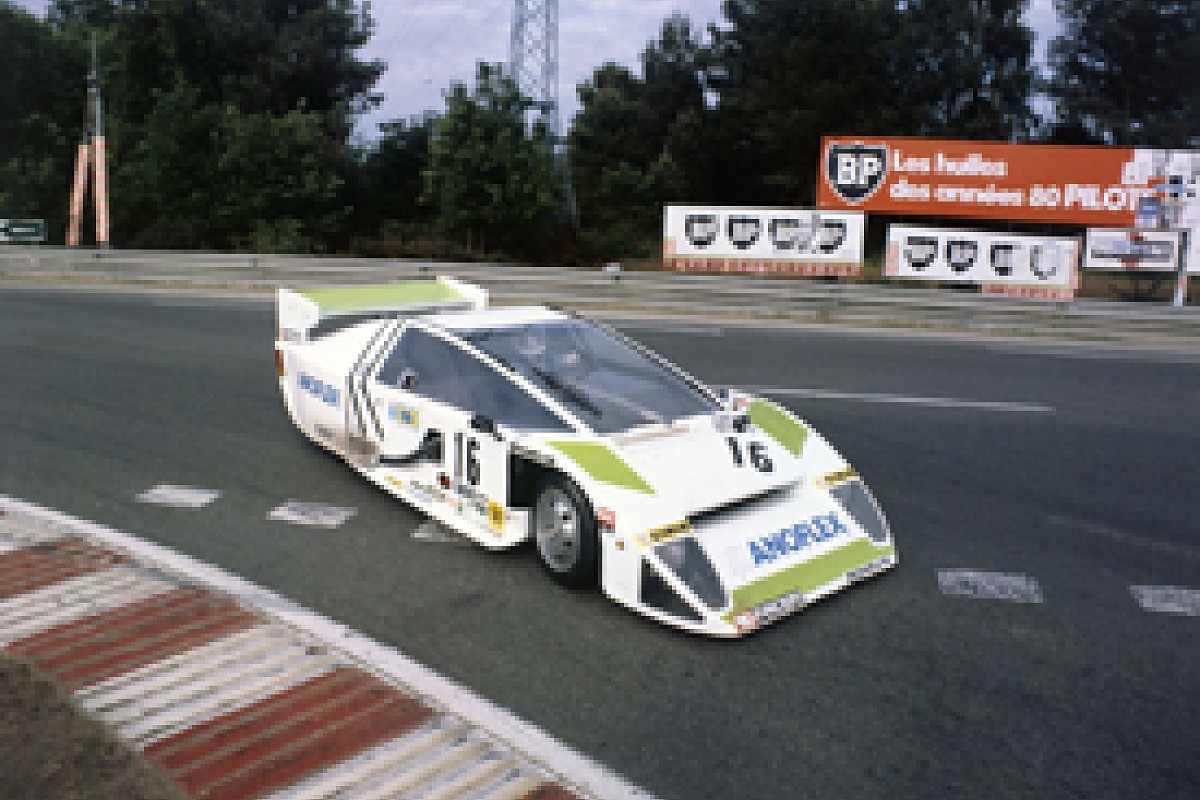