Abbi Pulling will start on pole for the first W Series race in Austin, while joint points leader Jamie Chadwick lines up in the top spot for the championship decider.

The drivers’ quickest times set the grid for race one, taking place later on Saturday, while their second fastest times decide the field for race two on Sunday.

Teenager Pulling, who has raced predominantly in British F4 this season, set a 2m05.633s on just her third race weekend in the series to take a maiden category pole position in the Puma-liveried car.

Chadwick (Veloce Racing) finished the session in second, but will start from pole on Sunday courtesy of a second-best time that was quicker than anybody else could manage.

Pulling will start alongside Chadwick on the front row for race two, with Sarah Moore in third, Marta Garcia in fourth and Beitske Visser in fifth.

Her fortunes contrasted starkly with title rival Alice Powell (Racing X), who entered the weekend level on points with 2019 champion Chadwick, having scored three wins this season to Chadwick's two.

Powell will start race one from tenth and race two in ninth.

Scuderia W’s Belen Garcia will start third for the first race, with stablemate Moore in fourth and Emma Kimilainen (Ecurie W) in fifth.

After all 18 drivers had posted their first quick laps, Chadwick led from Pulling with a 2m06.911s putting her almost 0.5s ahead of the 18-year-old, who later had her lap deleted for track limits.

Powell moved up into third after 10 minutes of the session, although almost 0.5s behind Pulling, just 0.01s ahead of Chadwick. 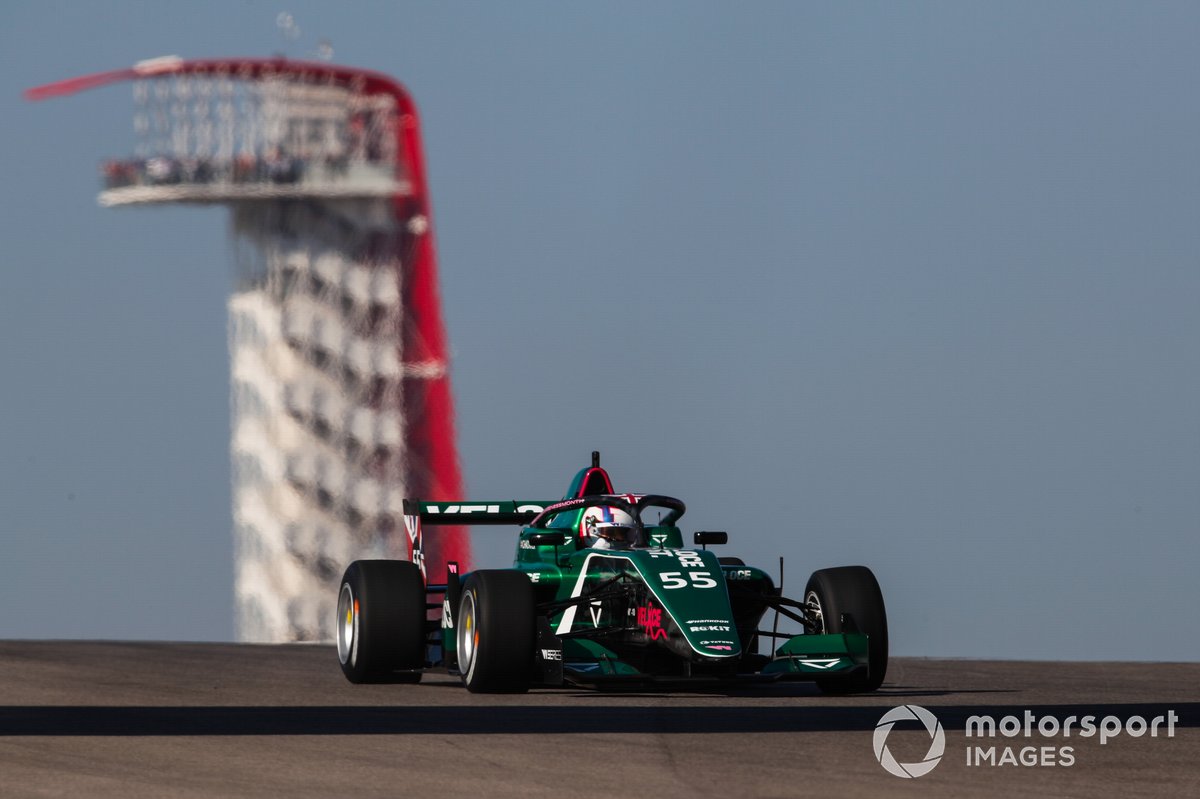 After Chadwick bettered Powell's time to take third at the 13-minute mark, Powell came in for fresh tyres while Chadwick elected to stay out for an extra lap.

Times tumbled with less than 10 minutes of the session remaining, as Belen Garcia went second-quickest to jump ahead of Moore, while Norwegian Ayla Agren went fourth for M Forbes Motorsport.

Pulling and Chadwick tussled for the top spot in the last five minutes, with the former narrowly holding onto provisional pole, while Powell slipped back, only getting back into the top 10 with two minutes remaining.

Caitlin Wood, driving in place of Irina Sidorkova for the W Series Academy team, prompted a brief yellow flag seconds before the end of the session with a spin in Sector 1.

Sabre Cook will start her home race for Bunker Racing in 12th.

Miki Koyama was forced out of qualifying after suffering from damaged rear suspension at the halfway mark, but her earlier times were enough to put her P15 for the first race.