Ulster Grand Prix organisers have confirmed the event will not return in 2021, but remains “committed” to reviving the world’s fastest road race in 2022 as “progress” has been made.

The Ulster GP is one of the oldest road racing events on the planet and held a place on the grand prix calendar from the inaugural season in 1949 through to 1971.

It remained a fixture of the international road racing calendar after losing its grand prix world championship status, but financial woes coupled with the outbreak of the COVID-19 pandemic last year meant it was cancelled.

Ulster GP organisers were reported to be in debt for £250,000, with the situation only worsened by a record low turnout for the Saturday race day in 2019 owing to poor weather.

The event is unique in that a road closing order written into law states anyone entering any part of the Dundrod circuit near Belfast must pay an admittance fee.

This allied with programme sales is what allowed the Ulster GP to generate income before the pandemic.

After reaching a crisis point in the back end of 2019 and early 2020, efforts to secure funding came to nothing and the outbreak of COVID-19 put paid to any hopes of safeguarding the event last year.

While the event won’t go ahead again in 2021, the Ulster GP has confirmed on Tuesday that “significant progress” has been made in the Dundrod and District Motorcycle Club Ltd entering into a Company Voluntary Arrangement to manage its debt.

The Club has also confirmed discussions are ongoing with varies parties about reviving the event in 2022.

The full statement read: “Since the flag dropped on the last running of the Ulster Grand Prix race in August 2019, the organisers of the event, the Dundrod and District Motorcycle Club, have been working to resolve the financial difficulties suffered during that season. 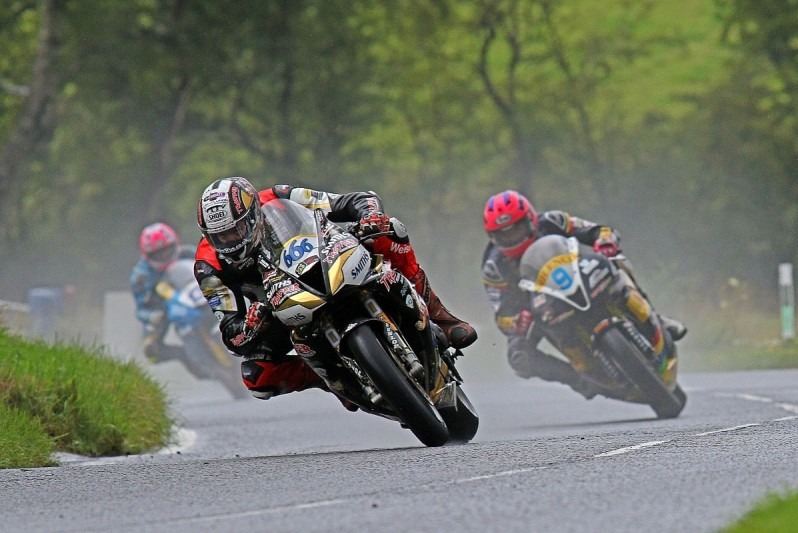 “The effect of Coronavirus and the restrictions aimed at controlling the pandemic have hindered the process but significant progress has now been made with the Dundrod and District Motorcycle Club Limited entering a Company Voluntary Arrangement with its creditors.

“The Club would like to thank everyone involved for their understanding of the circumstances that led to the event’s unprecedented financial difficulties and their co-operation in helping resolve this difficult situation.

“The financial problems, plus the effects of Coronavirus, meant the race did not take place in 2020 and the event will not happen during this year either.

“Despite these setbacks, the Dundrod club remains committed to resurrecting the event.

“Conversations have already taken place with public and commercial groups who share a similar aim and more discussions are planned.

“This work will continue throughout the coming months in the hope of celebrating the centenary of the world‘s fastest road race with a return to action at Dundrod in 2022.”

Organisers for the Ulster GP in 2019 were accused of misusing public funds allocated for safety and paddock facility upgrades, but organisers denied any wrongdoing and said Sport NI were aware of how the £255,000 grant was to be spent.

During the 2019 event, former Clerk of the Course Noel Johnston told Autosport that the Ulster GP gets “very little for what the event brings to the country” in terms of government support.

In 2019, Five-time Isle of Man TT winner Peter Hickman made history at the Ulster GP when he took a clean sweep of seven race wins on his Smiths BMW and set a new lap record of 136.415mph in the first Superbike race.

This made the Ulster GP once again the world’s fastest road race – a record Hickman stripped from it in 2018 at the TT when he posted a lap of 135.452mph on his way to victory in that year’s Senior TT.