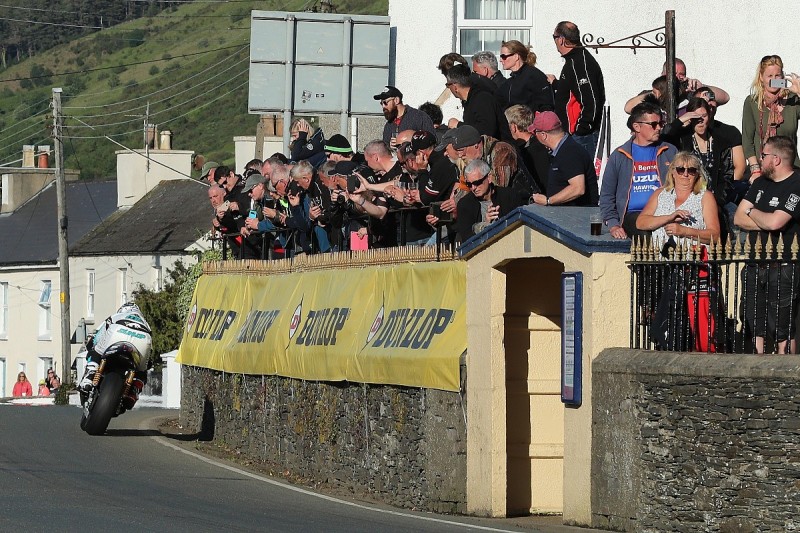 The TT fortnight was severely disrupted by poor weather, with much of practice lost to it, which forced races to be postponed over the last week.

Three races were run last Monday, while a historic five-race schedule successfully ran on Thursday, before the full six-lap Senior TT race ran without disruption - having been brought forward to Friday morning to avoid an incoming weather front.

"I take my hat off to Gary Thompson for getting the races in on Thursday that we got, to be fair, because that was such a tight schedule," the Silicone Engineering rider said.

"It went absolutely seamless, so hats off to him get all the races in. And it's great to get it done for all the spectators, because the crowd around the track is absolutely massive.

"It's great to see so much enthusiasm with all the people waving over the fences and sitting on the hedge. It's brilliant, so thanks."

John McGuinness echoed Harrison's thoughts on the job Thompson had done, adding that "everybody will be back" despite the mass amount of non-racing days due to the weather.

"You've got to give them credit," he told Autosport.

"Clerk of the course job must be the worst job in the world, he's got to make the decisions.

"He's got people down the field, people at the front of the field, all giving him [thoughts on] what he should and shouldn't do.

"He's got to have the final say, and you've got to respect somebody who will hold a race meeting like this, the only one of the year, one of the biggest [and say], 'No, the weather's not here, we're not going'.

"In the past some of them have got a bit of pressure on their shoulders and run the races, and a lot of people got hurt in bad conditions.

"Everybody has been patient, they've got the job done. Everybody will be back."