Wohlwend, who is one of the few W Series drivers on the grid to have previous experience of the tricky Misano circuit thanks to her previous running in the Ferrari Challenge, set a time of 1m33.283s midway through the 25-minute session - the fastest time of the weekend so far.

Chadwick was the first driver to set a flying lap at the beginning of the session but had slipped down the order, before coming back to set a time of 1m33.327s to challenge Wohlwend for pole.

Ultimately, Chadwick was unable to improve enough and will start the race from second. 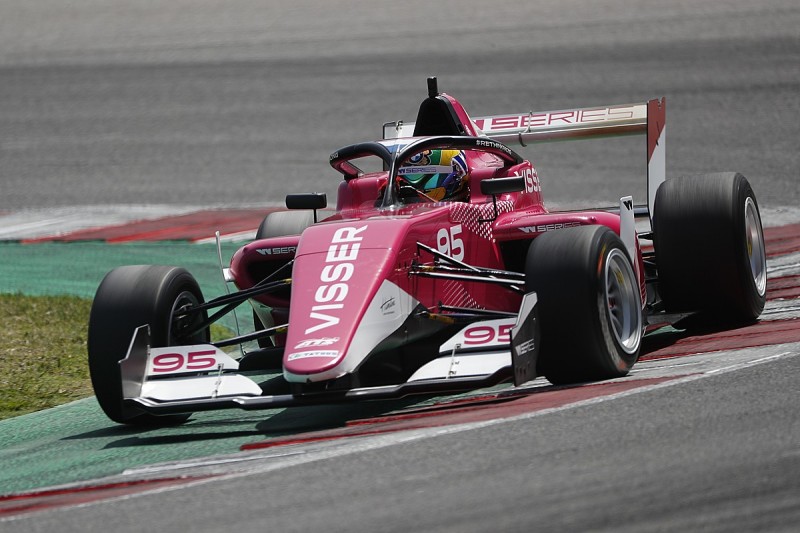 Visser's early time of 1m33.773s had been the benchmark, before she was deposed by Friday pacesetter Miki Koyama and later Wohlwend.

Former GP3 racer Vicky Piria enjoyed an impressive qualifying for her home race and looked set to line-up fourth on the grid, but just lost out when Alice Powell improved to a 1m33.860s in the final minutes.

Piria will instead start the third race of the season from fifth ahead of Koyama, who also had a brief spell at the top of the timesheets in the opening part of qualifying.

The seventh-fastest time went to Marta Garcia, who qualified ahead of Porsche Carrera Cup GB driver Esmee Hawkey - although Hawkey has a five-place grid penalty for a clash with Gosia Rdest at Zolder.

2009 Ginetta Junior champion Sarah Moore was ninth, and Tasmin Pepper completed the top 10, which was separated by just over a second.