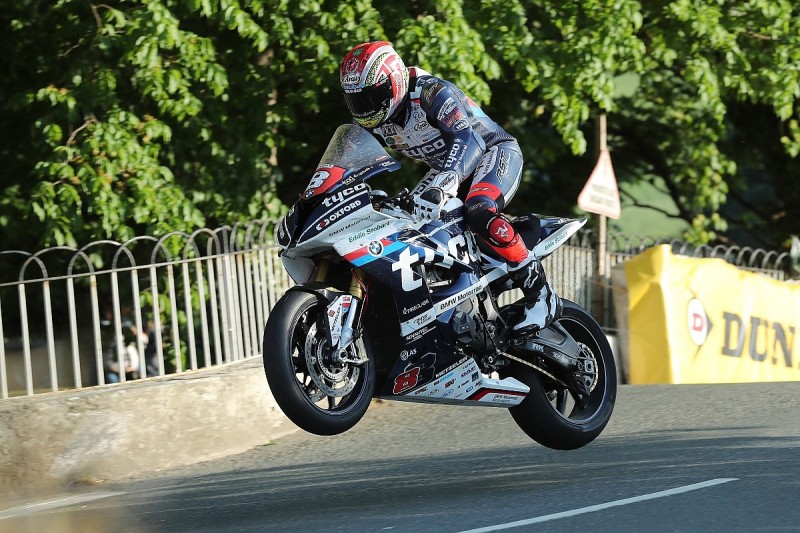 Kneen, who was retained by the Tyco BMW squad for this year after impressing as Ian Hutchinson's injury replacement at the Ulster Grand Prix in 2017, died in a crash at Churchtown during Wednesday evening's combined Superbike/Superstock/Supersport session.

In a statement released on Thursday morning, his father Richard thanked the racing community for their support and said the Tyco team had his "full backing" to "crack on".

"Hello everyone, thank you for your support at this sad time," the statement began.

"Dan lived for his racing and wild horse wouldn't of torn him away from it. I was happy for him, he was in his element and loving it.

"My thoughts are for Leanne and my other son Ryan and our whole family. Dan would want us to be strong and for the Tyco team to crack on, they have my full backing.

"Let's think of the happy times with Dan and smile when you think if him. Thanks to the marshals and medics and everyone involved.

"Thinking of Steve Mercer [who was injured in a collision with a course car] as well. Best wishes for all the other TT competitors. The TT show will go one.

The Tyco BMW team, which is fielding 15-time TT winner Michael Dunlop in the Superbike class, is yet to comment on its participation in the remainder of the 2018 event.

Following Kneen's incident, Jackson Racing rider Mercer was involved in an accident with a course car on his way back to the grandstand.

He was taken to Nobles hospital before being flown off the island to continue his treatment for "serious injuries" at hospital in Liverpool, as confirmed by his team and his wife Caroline confirmed in separate statements.