Practice for the 2019 Isle of Man TT has been cancelled due to poor weather conditions for a fourth straight day, with a change in race schedule now confirmed 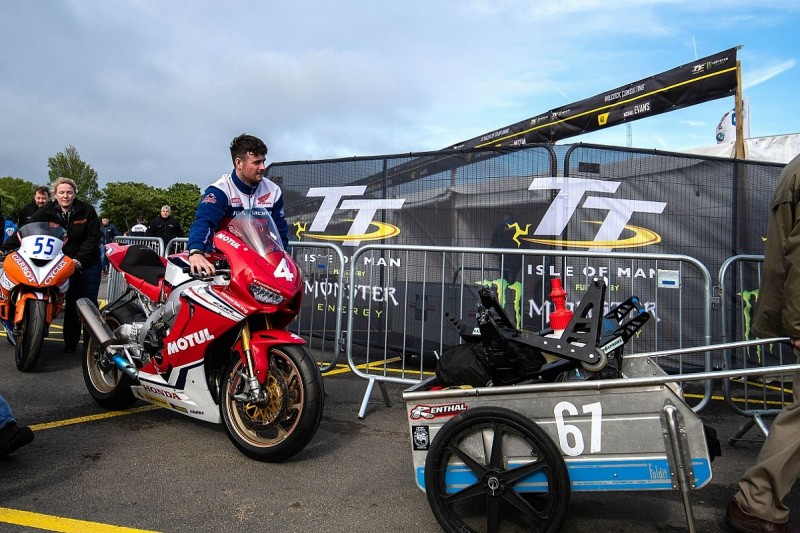 The event started last Saturday but so far running has obly been possible on Sunday and Tuesday, with every other day's sessions abandoned.

Racing was due to begin today (Saturday) with the opening Superbike and Sidecar races, but the lack of practice time forced organisers the ACU to postpone this until Sunday.

Saturday's practice was scheduled to start at 11:40am but an initial 90-minute delay soon became an indefinite pause, with clerk of the course Gary Thompson offering "slim" hope of action this evening.

The weather failed to relinquish its oppressive grip on the Island, and Saturday was eventually scrubbed.

The loss of Saturday's running has pushed the opening race day back once more to Monday, with Sunday's practice beginning at 1:30pm local time with a combined Superbike/Supersport/Superstock/Newcomers outing.

A combined SSP/LTW/Newcomers sessions will follow at 2:30pm, with a two-lap Sidecar outing at 3:35pm, a further SBK/STK/SSP session at 4:15pm and laps for the Zero TT bikes at 4:40pm.

The double TT winner set the pace on his Silicone Engineering ZX-10RR in both the SBK and STK class on Tuesday with laps of 129.53mph and 129.34mph respectively.

Harrison's SSP best came on the opening night of running last Sunday, when he fired in a 126.09mph on his ZX-6R Kawasaki.

Jamie Coward led the only Lightweight class session of the week so far on the Sunday on his Prez Racing machine, setting the pace with a 119.96mph lap.

In the sole Sidecar session of the week on Tuesday, John Holden and passenger Lee Cain were fastest of all after their 114.99mph, while reigning class champions Ben and Tom Birchall were a low-key sixth.