Isle of Man TT legend John McGuinness will make a shock switch to the Bournemouth Kawasaki team for the 2020 international road racing season.

A 23-time winner at the TT, McGuinness made his comeback to the event last year follow two years on the sidelines due to a severe leg injury suffered at the 2017 North West 200.

Riding for Norton in the big bike classes and Lightweight class, McGuinness's return season was a nightmare of reliability woes on uncompetitive machinery.

He confirmed to Autosport he was still in talks with Norton about remaining for 2020, but revealed he had also held talks with Paul Bird Motorsport, after riding one of the reigning British Superbike champion's Ducatis at the Macau Grand Prix.

However, McGuinness has now taken over the Kawasaki machinery vacated by long-time Bournemouth Kawasaki runner James Hillier (pictured below) - who has switched to new roads squad OMG Racing.

However, OMG has confirmed it will no longer run a third rider in 2020. 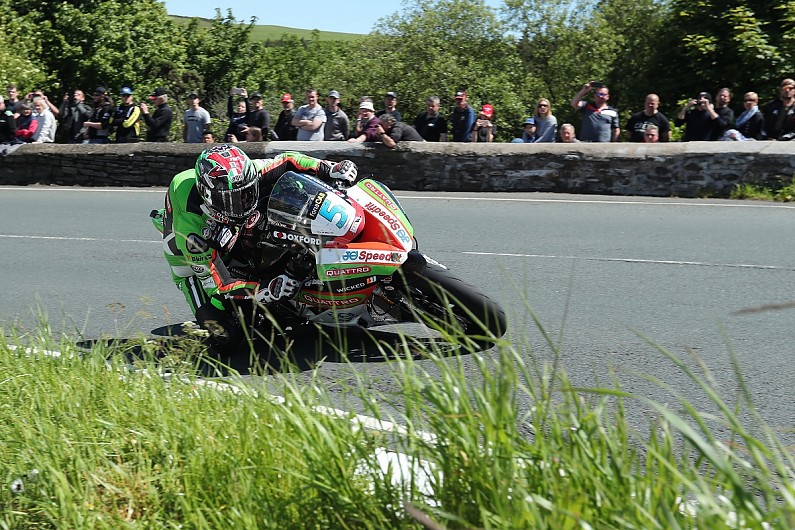 "I am delighted to be riding for Quattro Plant Bournemouth Kawasaki at the 2020 Isle of Man TT," said McGuinness

"Their record on the island with James Hillier, in terms of both results and reliability, speaks for itself. "With it being such a family-orientated team, it's the perfect fit for me and they're a highly reputable, professional team who have achieved great things on both the roads and the circuits.

"Pete [Extance, team boss] drove all the way up to Morecambe to meet me and put the offer on the table, and it didn't take much for me to sign - it was an easy decision.

"Everything made perfect sense and we've put together a good plan that will put us in the best position possible.

"Joining Kawasaki and Pete's team is a new chapter for me, one I'm excited about and really looking forward to."

The announcement does not make clear if McGuinness will also ride the Bournemouth Kawasaki team's Zx-6R in the Supersport class.

The details of the "plan" McGuinness mentions is also unclear, but it is likely to involve a proper test programme and short circuit outings - something McGuinness previously told Autosport he was looking for from Norton after the 2019 TT.