The 2020 running of the Ulster Grand Prix is under serious threat, after low turnout due to poor weather this year left organisers facing a " major financial crisis".

The 97th Ulster GP proved to be one of its most memorable, as five-time Isle of Man TT winner Peter Hickman became the first rider to win all seven solo races, and matched Philip McCallen's 23-year-old record of five victories in a day.

Hickman also re-established the Ulster GP as the world's fastest road race, after setting a stunning 136.415mph lap during the opening Superbike race of the event.

However, poor weather on the Saturday of this year's event forced many fans to stay at home, resulting in what an Ulster GP statement called "perhaps the smallest crowd the event has ever witnessed".

This led to a "huge loss of income, compounded by existing liabilities", which has organisers in a "major financial crisis", threatening the continued running of the Ulster GP.

Organisers have sought professional advice and a review is being carried out to analyse the viability of the 2020 event, with a decision to be made soon.

"The Ulster Grand Prix celebrated its 97th birthday in 2019," Robert Graham, Chairman of the Dundrod and District Motorcycle Club, said.

"The race organisers have met with local MP, Jeffrey Donaldson, alongside representatives of Lisburn and Castlereagh City Council as we continue to seek a solution to the financial problems that would enable Northern Ireland's most prestigious and historic motorcycle race to continue towards its 100th anniversary.

"It is clear though, that in the absence of significant financial support, the Ulster Grand Prix is in real and imminent danger of disappearing from the road racing calendar, an outcome that would be a major blow for motorcycle sport in Northern Ireland." 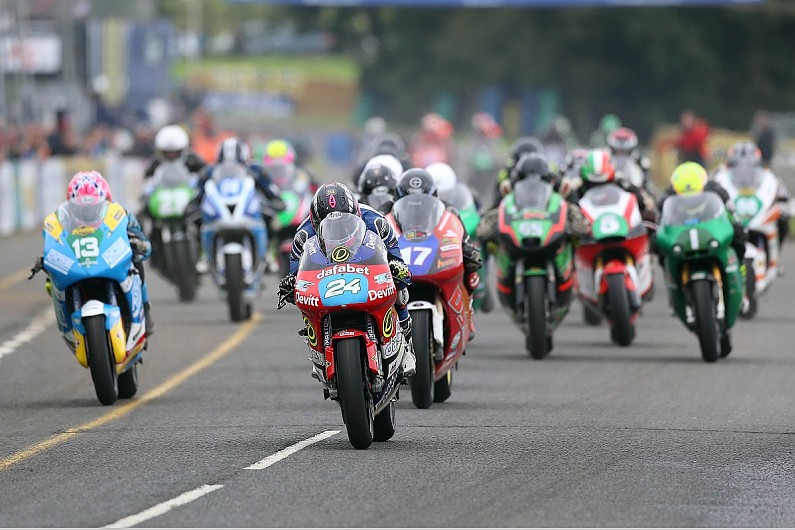 During this year's event, Clerk of the Course Noel Johnston told Autosport that the support the Ulster GP gets from the Northern Irish government is "very little for what the event brings to the country".

Aside from local council support, which Johnston praised, and other sponsors, the Ulster GP's main source of income is a piece of legislation that makes it illegal for anyone to enter the circuit confines when roads are closed without paying admission.

"It's that legislation that's kept us going, we need that money, people paying the admission price to get in, buying programmes and stuff," he said.

However, with one of the lowest turnouts occurring this year, this key source of income vanished.

Organisers denied any wrongdoing, stating that the plans for that £255,000 fund were already outlined in its proposal to the government and they were "aware of how the Ulster Grand Prix intended to spend the money".