Lay down the claim that the 7.3-mile Dundrod circuit just outside Belfast in Northern Ireland is one of the best circuits in the world during a heated pub debate and it's likely someone will try to impose on you that somewhere such as Spa or the Nurburgring Nordschleife outstrips it.

But, as far as this author is concerned, it's better than those two tracks, and comfortably sits above most other places in a ranked list. Motorcycle racing has taken place in the region since the 1920s, with the current Dundrod circuit coming into use in 1953.

The Ulster Grand Prix formed part of the motorcycle grand prix world championship from 1949-71, with legends of the age including Giacomo Agostini, Mike Hailwood and John Surtees etching their names into the long list of winners around the Dundrod circuit.

Just like the Isle of Man TT when it lost its world championship status, the Ulster GP survived as a standalone event long after. Though perhaps not as big an event as the North West 200, or indeed the TT, the Ulster Grand Prix holds a special place in the hearts of riders because of the fast and flowing nature of the circuit.

"I think it is an unsung gem because actually, this circuit is absolutely mega," 13-time race winner Peter Hickman tells Autosport when it was put to him that the Ulster GP is underrated as a racing event. 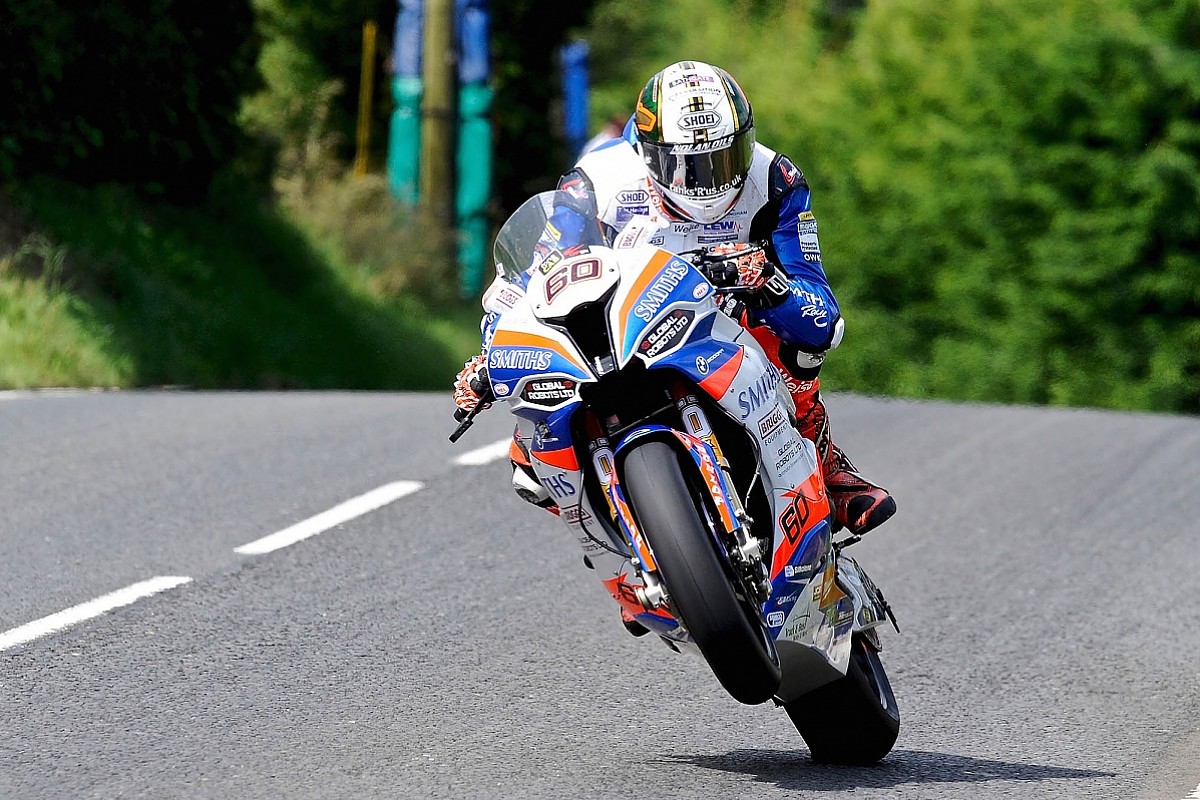 The Ulster GP stands as the last international road race of the season, making it irrelevant as anything other than a pure race event. May's North West 200 - Northern Ireland's biggest annual sporting event - comes just two weeks before the TT, and acts as a test for most riders and teams.

The Ulster GP near enough fully relies on its sponsors, and a piece of legislation written into law 50 years ago

Hickman suggests that if the NW200 came later in the year, fewer riders would be drawn to its Triangle venue.

"I don't want to speak out of turn, [but] I think all the riders want to come here. We all come here with no goal other than the fact we want to race here," he adds.

"That's not necessarily the case with the North West. The North West almost ends up being a test for a lot of people for the TT, because it's before the TT. Would we see so many riders turning up if it was after the TT? I don't know. Whereas with the Ulster, everyone is here because they want to be here without any other reason."

The Ulster GP held the tag of the world's fastest road race until 2018 when Hickman's incredible 135.452mph lap in the Senior TT stripped it of the title. But he reclaimed it for Ulster this year, when he completed a lap in the first Superbike race at 136.415mph on his way to his record run of seven straight wins. 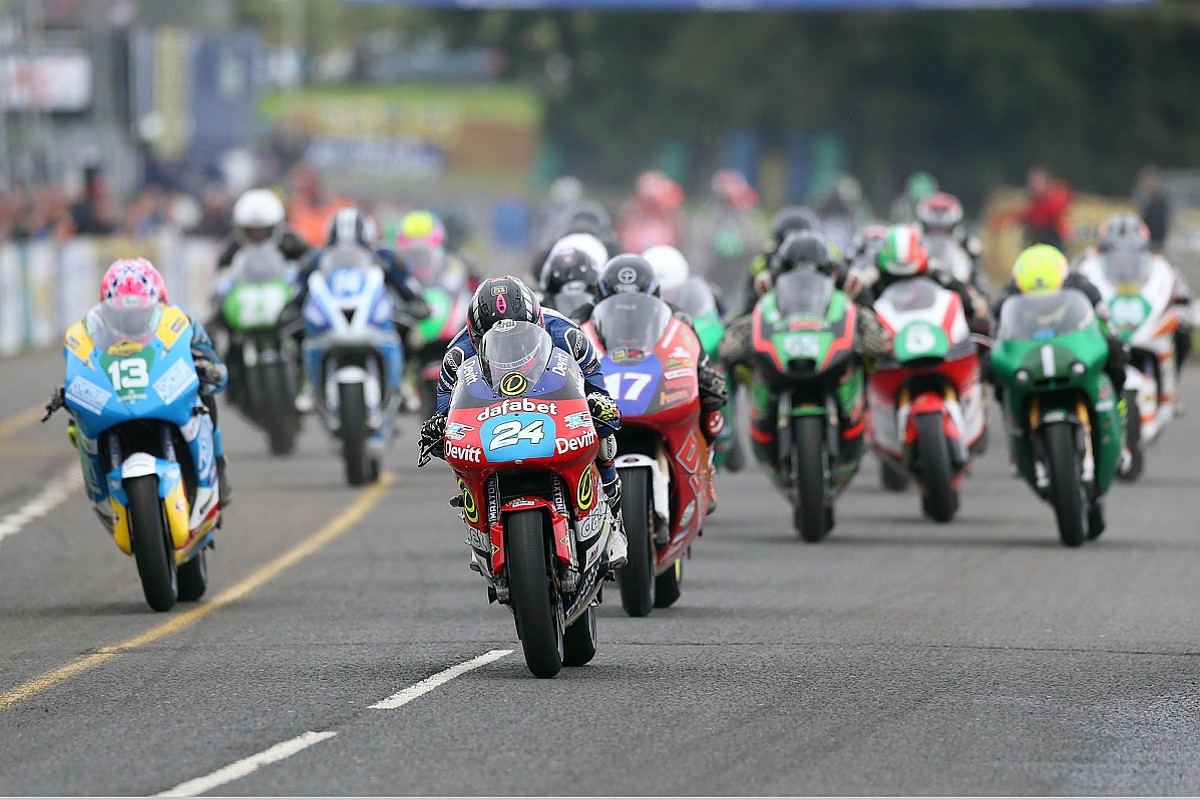 With so much going for the event, it was a surprise to learn from Clerk of the Course Noel Johnston that government backing was minimal given its drawing power. "Our local council supports us pretty well," he tells Autosport.

"Government money would help a lot. You go to the TT and hear what sort of figures they get, and what is being bandied about there, they're fully behind them. Then, obviously, because our government isn't sitting [presently], we've nobody to fight our case."

The event near enough fully relies on its sponsors, and a piece of legislation written into law 50 years ago that ensures anyone entering the area during racing activity has to pay an admission fee.

"There's no other road circuit where it's legal to charge onto," Johnston explains. "That was passed through the legislation, so that's why we put a cordon around the whole circuit when it becomes a race area.

"We can't do it for the week, obviously, but we can do it at certain times - like on Thursday morning [the first race day]. From around 6.30am there will be a cordon put around the 13 approach roads to be here. So everybody coming into the area by law has to pay the admission fee. 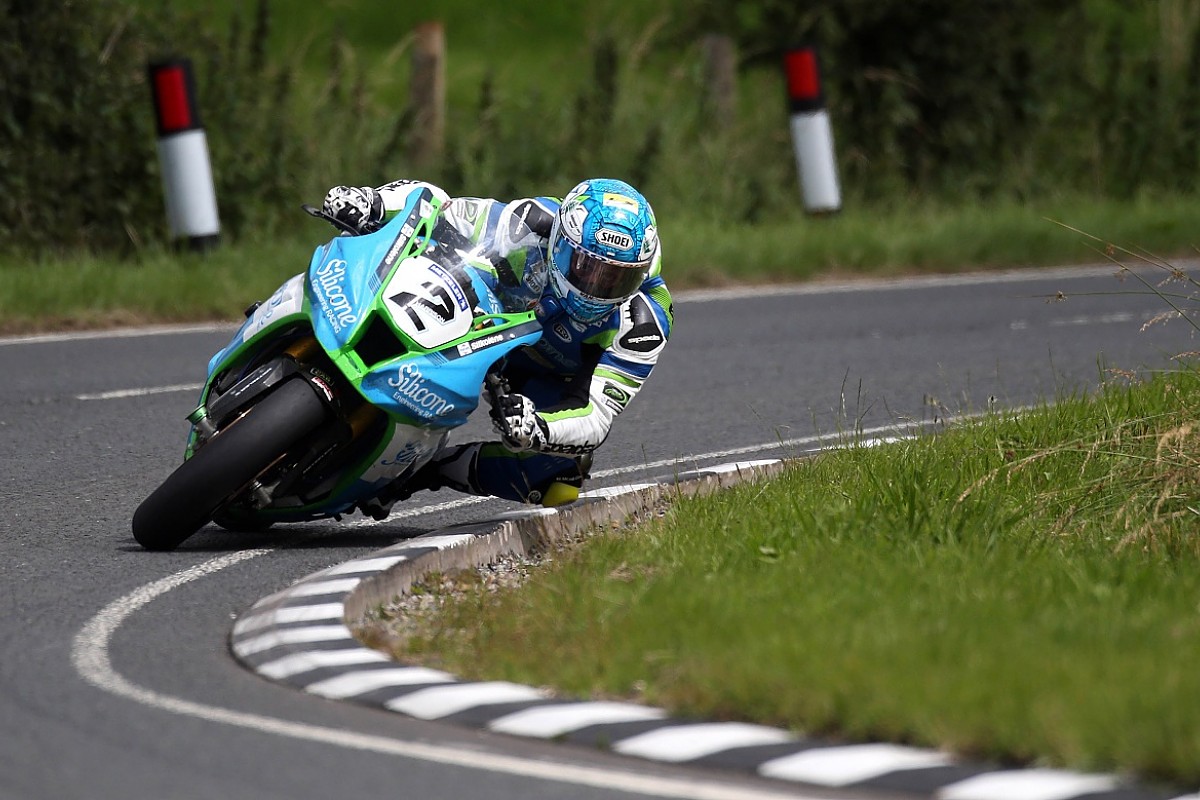 "It's that legislation that's kept us going, we need that money, people paying the admission price to get in, buying programmes and stuff. It's a good thing to have."

Price of admission for race week this year was £30, with access to an open paddock housing most of road racing's biggest stars. Fans were treated to a full race programme in a special week, where records were equalled and smashed, and the action on track was fierce.

"I don't really think we could survive if there wasn't national racing in Ireland. It's our backdoor, that where it all starts from" Clerk of the Course Noel Johnston

A major draw of motorcycle road racing is that it is an accessible form of motorsport. At most places on its calendar, you can set up shop anywhere on a circuit for nothing and be treated to spectacular views.

This is fine at somewhere like the TT, where all money spent on the tiny island goes straight into the local economy - to the tune of £30million-plus - which then goes straight back into running the event.

At the smaller events, particularly on the national scene in Ireland, which is road racing's lifeblood and where future stars cut their teeth, the "free show" nature of those races has been, more often than not, detrimental to the clubs' running those events, not least with the rising insurance costs.

Though wary of implementing it due to financial obstacles, mainly because security is needed to police the cordons, Johnston believes similar legislation could help to safeguard some of the nationals. Without it, Johnston doesn't believe the NW200, TT or Ulster GP would continue. 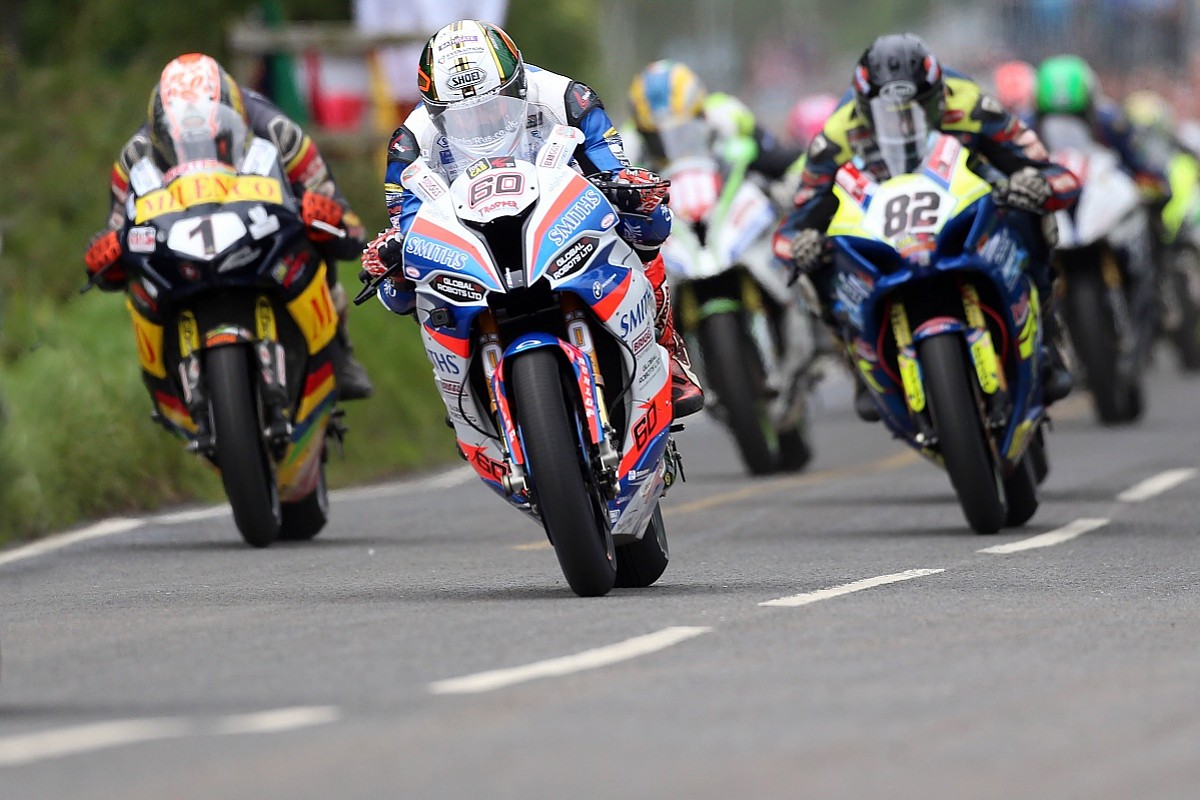 "I don't really think we could survive if there wasn't national racing in Ireland. I think it's our backdoor, that where it all starts from," Johnston adds.

"I know a lot of clubs struggle north and south [of the border] with their insurance costs, putting the events on.

"And then there's, of course, added cost to the riders as well for travelling riders for insurance and stuff as well this year. Again, we go back to this legislation.

"I'd like to see all circuits and clubs being able to charge in [entry fees] because there are lots of events north and south of the border that are very well attended.

"But it's a free show for most people, and that's where I think it has to be [implemented]."

Would such a move stop people from sneaking into the circuit for free? Probably not, but road racing isn't simply an event for fans - it's a way of life, as cliche as that sounds.

It's a form of motorsport that comes under fire for its dangers, though a drive round the Dundrod circuit reveals the work Johnston and his team have done over the years in making it as safe as humanly possible so far - and is generally misunderstood by outsiders.

It's a testament, then, to the fans who continue to show up at Dundrod every year happily willing to pay the relatively small admission fee, who are then going home and telling their friends to come along next year, while riders gush to fellow riders about the thrills of racing at the circuit. That, in turn, brings more competitors to the event.

The Ulster GP may not have the stature of the other international road races, and as a result, walks a finer financial line. Yet it continues to be the real favourite among both fans and riders, weathering numerous threats to its existence over the decades.

Key to its survival has been this piece of government legislation, which - if a sustainable and affordable means of doing so can be found - in turn, could be the answer to ensuring the smaller national events vital to the continued existence of the international races can carry on long into the future. 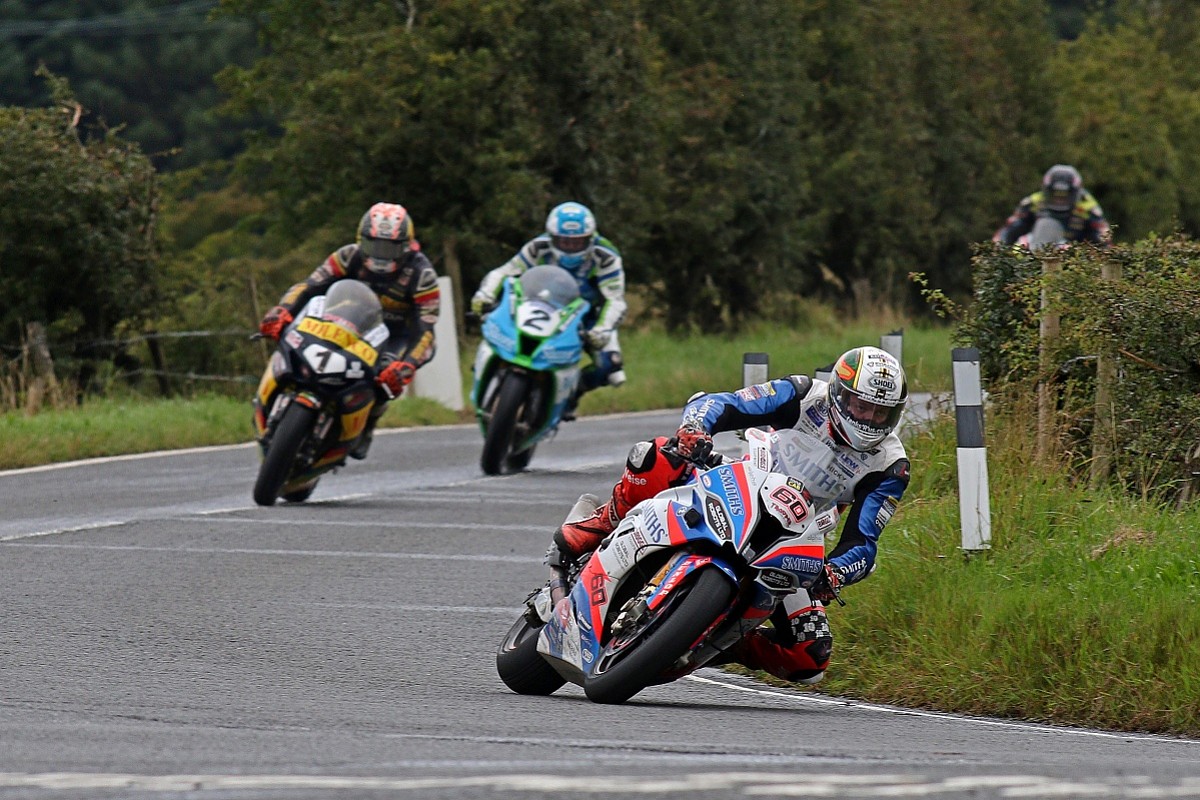