Walkinshaw Supercars team to drop Garth Tander at end of 2016

The team, which is losing its Holden backing to Triple Eight, has re-signed James Courtney to a new, three-year, deal and recruited current DJR Team Penske driver Scott Pye.

It means Tander will leave Walkinshaw Racing after 12 years, having spent three seasons including his title-winning 2007 under its umbrella with the HSV Dealer Team sister outfit before joining HRT in '08.

Two of Tander's three Bathurst 1000 wins were recorded with HRT, and he was informed of his fate on Thursday, just four days after winning the Sandown 500 with Warren Luff.

"Literally the first time I was back at the team after winning the Sandown 500 on Sunday I was being told by Ryan [Walkinshaw] that my services were not required in 2017 and that's disappointing and I was a little bit sad about that," Tander told the series' website.

"But the sun came up this morning and life goes on. 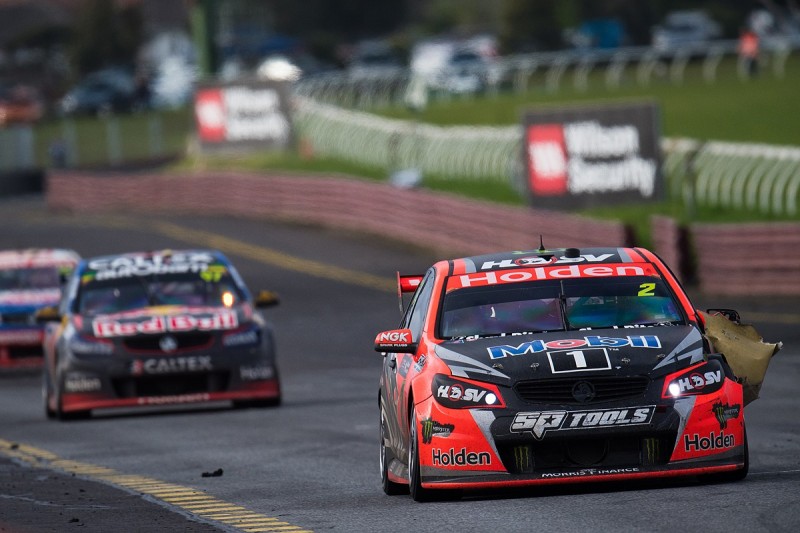 "They feel they have to make decisions based on the back of the Holden announcement and I would expect there will be more changes made between now and the start of next year.

"Hopefully in the coming weeks we can make my plans for next year clearer.

Tander has already been linked to Garry Rogers Motorsport, where he started his career in the series, with Scott McLaughlin leaving the Volvo squad to take Pye's drive.

However there is uncertainty around Rogers' outfit, with Volvo's motorsport arm Polestar withdrawing its backing and signalling its intent to take the Volvo equipment back to Sweden.