The race had everything, except, perhaps, 500 actual kilometres.

Tander and Luff had both performed well in their qualifying races and then kept their heads as many others lost theirs in a main event with regular interruptions by weather, and truncated by 18 laps.

With the bodywork flapping at high speed, race officials had a close look before giving the Holden Racing Team the all-clear to continue to the flag.

Second were Triple Eight's Shane van Gisbergen and Alex Premat, the Frenchman losing a great deal of ground in the early damp conditions before the flying Kiwi stormed back into contention.

Over the last 20 laps he closed from 12 seconds behind Tander to less than a second but never really got an overtaking opportunity.

Holden made it a 1-2-3 finish, with Will Davison taking third with his co-driver and Tekno team owner Jonathon Webb.

For many of the fancied drivers, Sunday was not a great day.

Craig Lowndes and his co-driver Steven Richards both ran off the track and finished eighth. 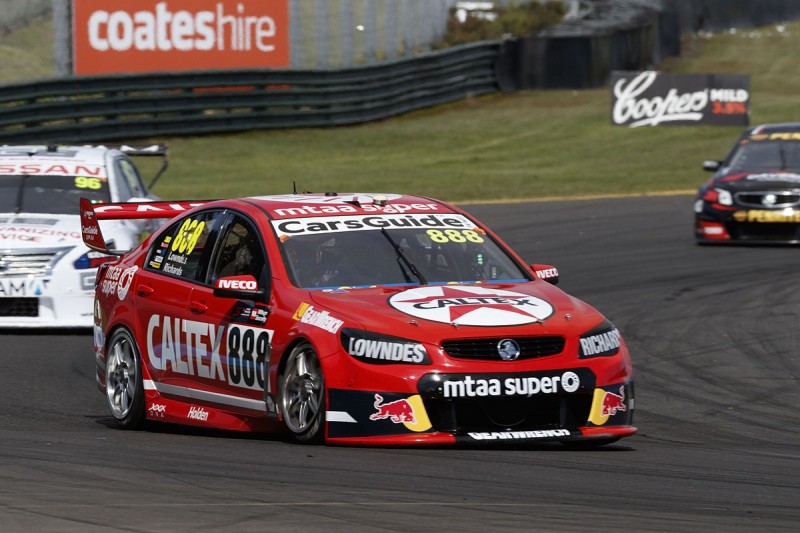 Jamie Whincup and co-driver Paul Dumbrell dominated their qualifying races and looked to be in contention for the win, until Dumbrell illegally loosened his seat belts before stopping in the pitlane.

The subsequent pitlane penalty dropped Whincup to 18th, from where he recovered to 13th.

Sandown was a disaster for Mark Winterbottom. His co-driver Dean Canto was running fourth, having made ground by not pitting to change onto wet tyres, when he slid slowly into a barrier. By the time the Ford was pulled out, Winterbottom was last, and he finished 24th.

The race was red-flagged following a lap one crash in which James Golding speared off the track at 160mph.

His Volvo struck a tyre barrier and was launched into the air, though the 20-year-old was not hurt in the impact.

The other feature of the event was the brilliant Supercars debut of Richie Stanaway.

The New Zealander took a weekend off from Aston Martin's World Endurance Championship team and starred for Super Black Racing, particularly when on slicks, on a damp track.

Walkinshaw Supercars team to drop Garth Tander at end of 2016